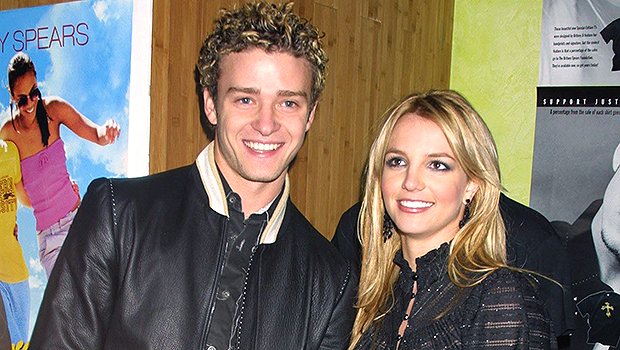 
The music director for one of Britney Spears’ music videos in 2002 claims the pop princess was dumped by her then-boyfriend Justin Timberlake over text. Chris Applebaum, who worked with Britney on “Overprotected,” took to his Instagram (below) on April 22 to share a photo from the shoot and give details on the alleged incident.

“Here’s a picture of me with @britneyspears before I grew the beard,” Chris began, explaining how the photo was taken on the second day of the “Overprotected” video shoot, which was broken up into two shifts in a 24-hour period. “At some point during the 2nd shift Brit disappeared and I went to her trailer to fetch her…only to discover her BF Justin had just broken up with her via text message. (Let me recommend to any who reads this: don’t break up via text!),” he continued. “We sat on the floor of her trailer for a minute, talked it out, and then rallied. I told her she should get out there & show Justin he made the biggest mistake of his life. That was just one of the stories from this shoot…”

Our Source has reached out to both Britney and Justin’s reps for comment.

While Britney and Justin’s three-year relationship between 1999 and 2002 has been fodder for fans — as the duo ruled the pop music world as one of the hottest couples at the time — the details on how the split went down has yet to be revealed. With the “Toxic” singer being at the height of her early career and Justin basking in the glory of his boy band days in NSYNC, the surprise breakup caused a quite a lot of speculation, including cheating rumors of Britney stepping out with choreographer Wade Robson. Justin’s single “Cry Me a River,” released shortly after the split, didn’t help the gossip, as the lyrics involved a tumultuous relationship.

Meanwhile, a day before Chris’ Instagram reveal, Britney got candid about the relationship that followed her breakup with Justin. Taking to her own social media account in a since-deleted post, the pop princess dropped a bomb, claiming her ex-husband Kevin Federline refused to see her while she was carrying his baby!