HomeHollywoodBullet Train: Exploring the History of the Railway in Movies
Hollywood

Bullet Train: Exploring the History of the Railway in Movies 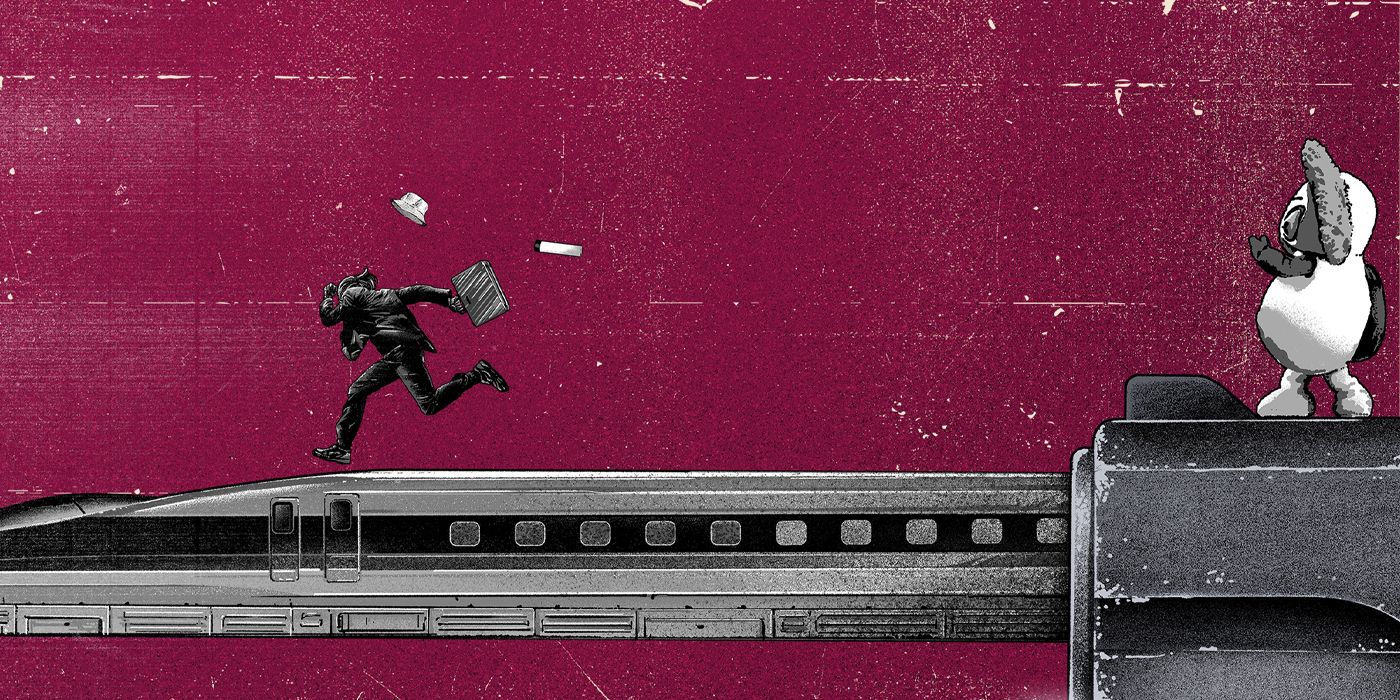 L’Arrivée d’un train en gare de La Ciotat, known in English as The Arrival of a Train at La Ciotat Station, was not the very first movie directed by Auguste and Louis Lumiere. However, it is their one film associated with an iconic legend that moviegoers in 1896, largely unaccustomed to theatrical cinema, were so startled by the image of a train moving towards the camera, that they all panicked. They thought there was really a train coming right at them! While it remains up for debate whether this incident happened or not, the enduring presence of this yarn speaks to how deeply ingrained trains are into impactful and crowd-pleasing cinema. Whether it’s silent films from the dawn of movies to modern blockbusters like Bullet Train, trains have been practically interwoven into the history of movies.


Part of that is simply due to when feature films came about. The last two decades of the 19th century saw cinema begin to emerge as a tool for storytelling, with artists like George Méliès beginning to make titles that would qualify as genre cinema in the 1890s. Wilbur and Orville Wright, meanwhile, wouldn’t create the first functioning airplane until 1903. Commercial airlines that made the power of flight more accessible to the general public wouldn’t begin to emerge until 1914. In the meantime, trains stuck around as the default mode of transportation across great distances. This meant that, by the 1910s, there were already decades of movies, however short and simplified they may be, that featured trains to varying degrees of prominence. In other words, trains were already a notable part of the cinematic language.

The popularity of trains in cinema would be especially solidified in 1903 when The Great Train Robbery debuted. As its title would indicate, trains played a big part in this motion picture and were a significant fixture of its most thrilling set pieces. The possibilities for the unique kind of spectacle that trains could be involved in were suddenly more apparent than ever before. The highly influential nature of The Great Train Robbery also established certain images and motifs that future Western movies would indulge in. It’s not like movies set in the Old West would’ve eschewed trains if it weren’t for The Great Train Robbery. However, the enormous financial and critical success of this silent film certainly incentivized consciousness over how alluring train-based storytelling could be to the general public.


In the years after The Great Train Robbery, planes would become more and more common parts of everyday life and allow for global connections that the people behind trains could only dream of. However, even with the ubiquity of air travel, planes remained as enduringly popular on movie theater screens as ever. A key reason for this was a genre that dominated the cinematic landscape in the first half of the 20th century: Westerns. Most entries in this genre were period pieces set in eras that could never even comprehend the airplane.

However, these sections of American history did heavily employ the train and countless Westerns made sure to reflect this reality. Even outside of Westerns, though, trains endured as a common fixture in movies. This can be partially attributed to how many working-class people used trains compared to other modes of transportation. If you live in someplace like New York City, as early as the 1910s, the subway system was an essential part of everyday life. Plus, this form of transportation was substantially cheaper and more accessible compared to airplanes. Theatrical movies, which heavily relied on the general populace to bring in ticket sales, had no choice but to heavily utilize trains if they wanted to resonate with the common moviegoer.


It didn’t hurt that trains were just better backdrops for dramatic stories. When you’re on a classical steam train, you have a little more room for mobility and not everyone is cramped together in a small space (modern trains, with seating arrangements evoking what you’d see on airplanes, or your average subway car are less adherent to this). Thus, there are more opportunities for characters to run into each other or get up a move around. As depicted in classical movies, trains a more dynamic space that can carry characters great distances, but don’t have to adhere to visual stagnation.

It’s hard to imagine a movie like Strangers on a Train, for instance, working on an airplane. Everyone’s stuffed so closely together on planes that somebody would be bound to overhear this elaborate plan for murder! On a train, though, it’s much more believable that there could be space for two people to talk in semi-isolation about something seedy. Similarly, the Hercule Peroit mystery Murder on the Orient Express would be tougher to execute on a plane. The inherent flexibility of movement passengers has on classic trains means that it’s anyone’s guess who could be behind the titular slaying. On and on the examples go of movies whose stories were able to soar thanks to being set aboard a train.


The dramatic usefulness of trains is also evident in how malleable they are. Just as they can easily be used to give breathing room for characters to interact in a thriller, they can also be depicted as cramped environments whose claustrophobic nature enhances the tension of a film’s plot. Titles like Snowpiercer or Train to Busan wouldn’t work nearly as well if they were told outside the limited confines of a train. The fact that you can tell all kinds of stories, from relaxed and open to tight-knit and uncertain, aboard these vessels speaks to the flexibility of trains that spark the imagination of screenwriters in any era.

Even the simple details of train excursions make them more appealing in films compared to airplanes. Take what you can see out the window, for example. You can experience gorgeous sights outside of a plane, but you’re usually too far off the ground to make out what’s happening below. This can be beautiful in its own right, but it does lack the specific details that can make or break a shot in a movie. Trains, on the other hand, are directly on the ground. You can make out anything that’s happening right outside your window, which can be anything from famous landmarks to the gorgeous countryside to even, in the case of movies like The Girl on the Train, witnessing key plot details. The way sights outside a train’s window can be used for anything, from spectacle to pushing a narrative forward, further solidify why movies love this mode of transportation so much.


In the modern era, it also doesn’t hurt the heavy presence of trains in movies that this form of transportation is massively marketable. Just look at the Thomas the Tank Engine franchise, which has reaped untold sums of money from toys based on its various talking train characters. Similarly, The Polar Express has become a Christmastime staple thanks to how many knick-knacks and ornaments you can sell based on the titular train. Granted, not every movie with a train dominates the toy aisle (neither version of The Taking of Pelham 1 2 3 spawned much merchandise), but the enduring popularity of trains provides another of countless reasons why Hollywood would be so drawn to this form of transportation.

Ever since the days of 1896, trains and movies have been an inseparable duo that can accomplish anything. Just as the art of cinema can be home to countless types of genres and tones, so too can trains be home to stories ranging from Unstoppable to Thomas and the Magic Railroad. Considering all the ways cinematic depictions of trains can benefit screenwriters and resonate personally with audiences, it’s no wonder that film buffs like trains.