HomeHollywoodChris Rock Goes On Walk In NYC 1 Day After Will Smith...
Hollywood

Chris Rock Goes On Walk In NYC 1 Day After Will Smith Was Seen In India: Photos – Entrendz Showbizz 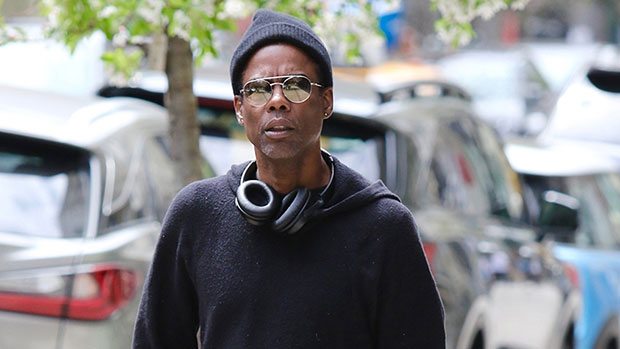 
Chris Rock was spotted out on a walk in New York City just a day after Will Smith turned up in India. The 57-year-old comedian was casually dressed in a black sweater hoodie, cargo style pants and a bright pair of Nike sneakers. Chris stayed cozy with a black beanie on his head, adding a pair of aviator sunglasses and a black pair of headphones around his neck.

The Everybody Hates Chris star has been spotted several times since Will slapped him during the live broadcast of the Academy Awards on March 27, mainly due to his sold-out stand-up tour. Will, however, has kept a relatively low profile since the incident, which has lead to him stepping down from the Academy (meaning he can no longer vote) and being banned from attending the show for a decade — however, was in an upbeat mood as he posed for photos at a private airport in Mumbai. Notably, he addressed Chris in a public apology the day after the Oscars.

Chris has yet to fully address the controversial slap in a stand-up show, but has briefly mentioned it twice. During his first show in Boston, he said he was “still processing” the incident — and “didn’t have a bunch of s— planned” for the audience. Rock brought it up again during an April 8 show in Palm Springs, where he said, “I’m OK, I have a whole show, and I’m not talking about that until I get paid. Life is good. I got my hearing back.”

Rock’s mom Rose also spoke out about the slap yesterday, revealing she was “so proud” of her son for how he handled the situation. “When you hurt my child, you hurt me,” she said to WIS 10 News, going on to share what she would say to Will. “I have no idea what I would say other than, ‘What in the world were you thinking?’ Because you did a slap, but so many things could have happened,” she also said to the North Carolina news network.