HomeHollywoodChris Rock’s Mom Rose Breaks Silence After Will Smith Slap: ‘When You...
Hollywood

Chris Rock’s Mom Rose Breaks Silence After Will Smith Slap: ‘When You Hurt My Child, You Hurt Me’ – Entrendz Showbizz 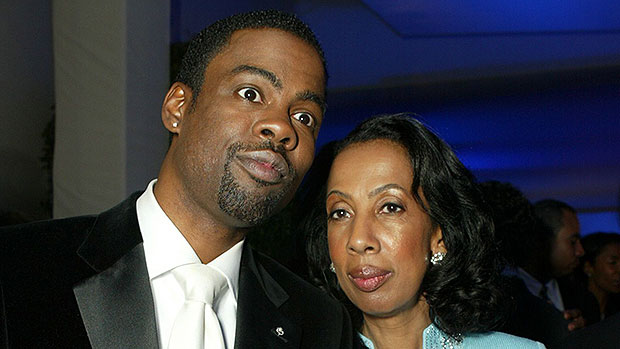 
Chris Rock‘s mom Rose has spoken out about the Will Smith slap controversy. “I told someone, when Will slapped Chris, he slapped all of us, but he really slapped me,” Rose said to North Carolina NBC affiliate WIS 10 News. “When you hurt my child, you hurt me,” she added.

The 77-year-old revealed that Chris is “still processing” the shocking incident which happened on-stage during the live broadcast of the Academy Awards on March 27, but said she was “really, really proud” with how the 57-year-old comedian reacted. For his part, Chris has remained fairly mum — but revealed he was “processing” at his stand-up show in Boston, MA just days later — adding he “didn’t have a bunch of s— planned” to address it. He’s also said said in a comedy routine he’ll speak about the slap when “paid.”

Chris’ mom also shared what she would say to Will, who slapped her son in reaction to a G.I. Jane joke aimed at Jada Pinkett-Smith, who suffers from alopecia. “I have no idea what I would say other than, ‘What in the world were you thinking?’ Because you did a slap, but so many things could have happened,” she explained.

Oscars 2022: Photos Of The Show Highlights

“Chris could have stepped back and fallen. You really could have gotten taken out in handcuffs. You didn’t think. You reacted to your wife giving you the side-eye, and you went up, and you made her day because she was bowled over laughing when it happened,” Rose went on. Notably, Chris declined to press charges — and therefore police did not go forward with arresting Will, who went on to win the Best Actor award for King Richard later that night.

While the Fresh Prince alum is off the hook legally, the Academy of Motion Picture Arts & Sciences went ahead with their own repercussions: Will is banned from attending the Oscars for 10 years. The 53-year-old also stepped down from The Academy, meaning he will no longer be a voting member in the organization. Rose, however, didn’t seem impressed with the punishment.  “What does that mean? You don’t even go every year,” Rose said. “I feel really bad that he never apologized. I mean his people wrote up a piece saying I apologize to Chris Rock, but you see something like that is personal, you reach out.”

Will did acknowledge the Grown Ups actor in a public apology, shared via Instagram on March 28. “Violence in all of its forms is poisonous and destructive. My behavior at last night’s Academy Awards was unacceptable and inexcusable. Jokes at my expense are a part of the job, but a joke about Jada’s medical condition was too much for me to bear and I reacted emotionally,” he began.

“I would like to publicly apologize to you, Chris. I was out of line and I was wrong. I am embarrassed and my actions were not indicative of the man I want to be. There is no place for violence in a world of love and kindness,” he also said, before also addressing the Academy, producers, attendees and viewers of the Oscars. Will has kept a low profile since the slap, but was seen in Mumbai, India at a private airport on April 23.