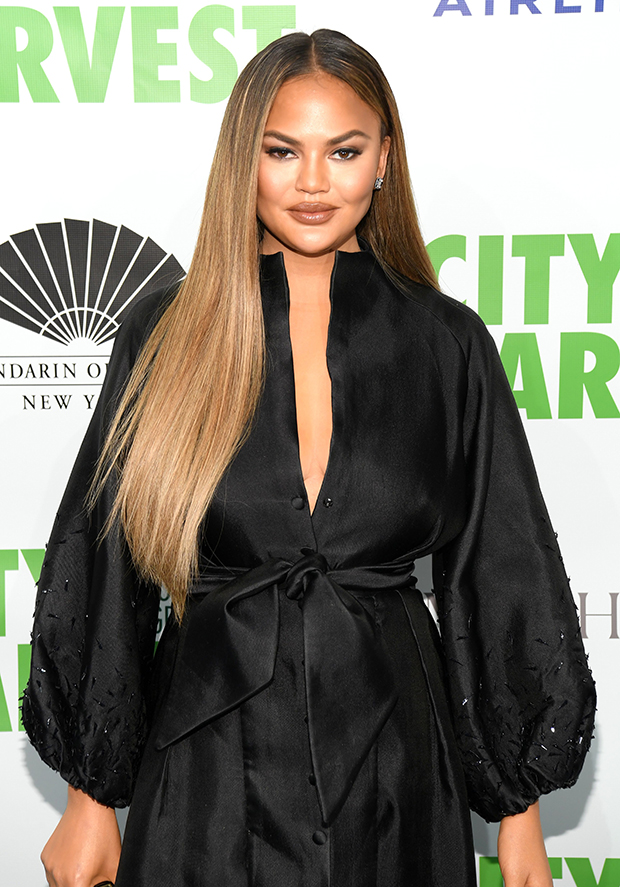 
Half a year into her new booze-free life, Chrissy Teigen reflected on how ‘happier and more present’ she is and that she’s looking forward to seeing what her ‘future’ holds.

Chrissy Teigen had a reason to celebrate on Wednesday. “6 months no alcohol!” Chrissy, 36, captioned her Jan. 19 Instagram post. The Lip Sync Battle star shared a series of photos of her basking in the sun, while her message reflected on this new sober path. “Honestly, [it] kind of sucks saying it because even though I don’t ever crave it now, time has not exactly flown by haha. I prob won’t be excited til a larger milestone like at leasssst 5 years, and sometimes I don’t even know if I necessarily won’t ever drink again?”

“I have no idea what I’m doing, honestly,” wrote Chrissy, “but I do know a few things: I now have endless energy, way less anxiety (no more benzos!) and I am *happier* and more present than ever. It’s pretty cool. I look forward to having my full body reset after 1 year, then reevaluating to see my new hopes and wishes for the future! Let’s goooo.”

Fans greeted Chrissy’s declaration with messages of love and support. Katy Perry commented, “Beautiful.” “Always proud of you, my rascal,” wrote journalist Yashar Ali, while Brooklyn Decker added, “Tough as nails, my friend.” “6 months is something to celebrate,” commented Octavia Spencer. “You hit a rough spot in the road and changed your tires. Now you’re enjoying the ride. That’s something to celebrate.” Rachel Zoe left a string of “clapping hands” emojis, while Chrissy’s husband, John Legend, wrote, “So proud of you, my love.”

Chrissy has been undergoing a transformation, both inside and out. In September, she revealed that she underwent surgery to remove some fat from her cheeks. “I did that Dr. Diamond buccal fat removal thing here,” Chrissy said on an Instagram Story while pointing to her cheek. “And since I quit drinking, I’m really seeing the results, and I like it. Yeah, I did it.” She added that there was “no shame in my Dr. Diamond game” and tagged plastic surgeon Dr. Jason Diamond in the footage. A few months later, Chrissy shared that she also underwent an eyebrow transplant.

“I never wear makeup if I can avoid it so I was so excited for this eyebrow transplant surgery,” Chrissy wrote, and her message was shared by Dr. Diamond, who added a warning against plucking off your brows. “I know too many people, entire generations, who either overplucked brows as part of the trend or are simply experiencing eyebrow thinning with time,” wrote Dr. Diamond.