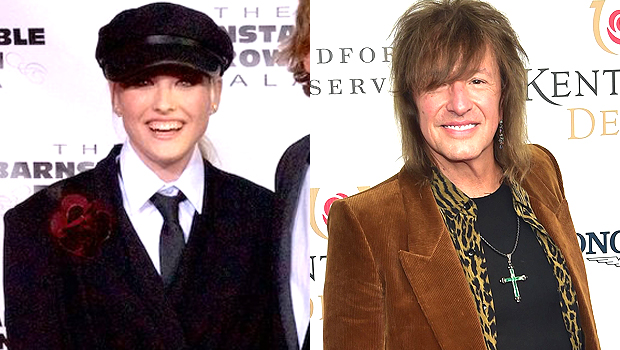 
Dannielynn Birkhead had the time of her life at the 2022 Kentucky Derby. Not only did she hang with Janet Jackson, but Anna Nicole Smith‘s 15-year-old daughter also got to spend time with Bon Jovi lead guitarist Richie Sambora, 62. Dannielynn and Richie posed for a photo together, as seen HERE, when Dannielyn brought her own guitar and stood front row at Richie’s performance at the Barnstable Brown Gala. The pair bonded so much that, according to Dannielyn’s dad Larry Birkhead, Richie offered the teenager free guitar lessons anytime she visits Los Angeles.

Apparently, Richie also gave some “words of encouragements” to Dannielynn, who lives in Kentucky, and urged her to follow her dream of becoming successful guitarist. Larry, 49, told TMZ that the moment was “overwhelming” for Dannielynn and that she nearly fainted over Richie’s offer. But really, who could blame her?

Dannielynn had a similarly epic interaction with Janet, 55, at the Kentucky Derby pre-party. The teen rocked the same fitted black suit that the “Rhythm Nation” singer wore to the same event in 2003. Dannielynn, her father, and Janet also posed for photos together that Larry posted to Instagram. In his caption, he said Janet “was so gracious and complimentary” to Dannielynn in the outfit.

The Kentucky Derby is a longstanding tradition for the father/daughter duo. Dannielynn was just 5-months-old when her mother Anna Nicole — who grew famous as a GUESS model and reality star — died of an accidental drug overdose on February 8, 2007. In an interview with Rolling Stone from Oct. 2021, Larry revealed how his daughter shares similarities to her legendary late mother.

“Dannielynn has a very eclectic taste in music like her mom had,” he said. “She likes everything from country, to rap and rock. She loves Aerosmith and Queen. She’s kind of like an old soul when it comes to her taste in music.”