HomeHollywoodDoctor Strange in the Multiverse of Madness will kick off ‘most fantastic...
Hollywood

Doctor Strange in the Multiverse of Madness will kick off ‘most fantastic new phase of Marvel’. Watch new featurette – Entrendz Showbizz 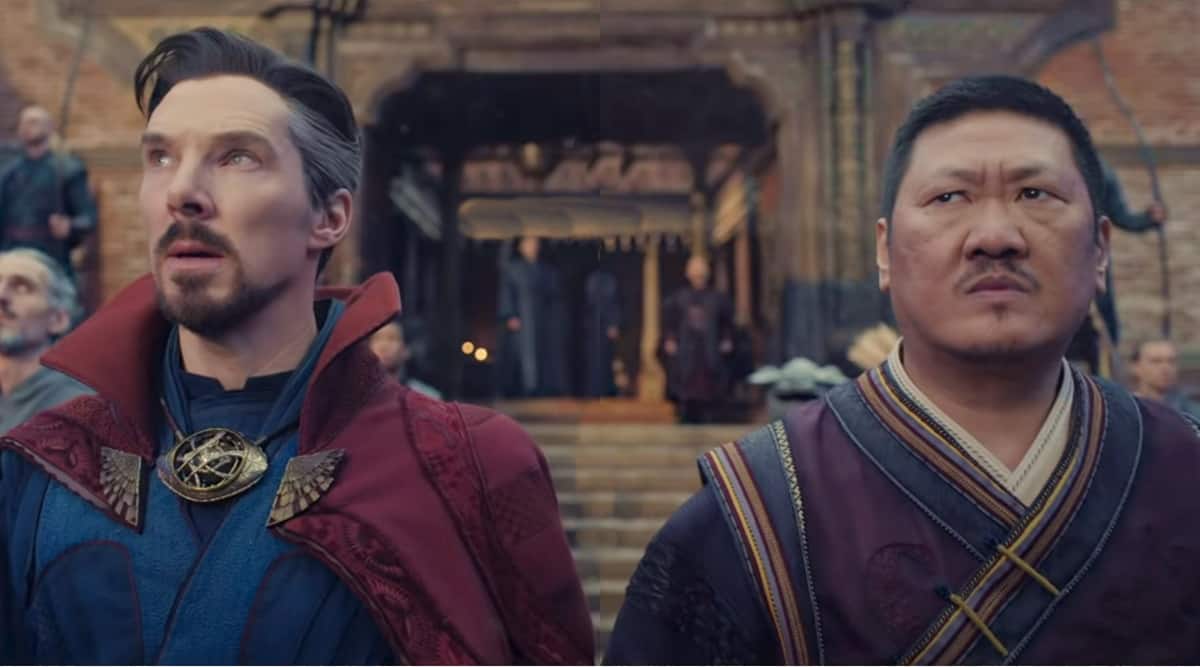 Doctor Strange did what he “had to do to protect the world”, and he opened the Multiverse. His actions in Spider-Man: No Way Home are expected to have intense and far-flung consequences in the upcoming Doctor Strange in the Multiverse of Madness, changing the course of the Marvel Cinematic Universe (MCU).

In the new featurette from Doctor Strange in the Multiverse of Madness titled ‘Enter the Multiverse’, we have lead actors Benedict Cumberbatch, Elizabeth Olsen and Benedict Wong hinting at how the movie will leave audiences startled. That’s because the opening up of other realities is set to “invite a plethora of new characters.”
- Advertisement -

Elizabeth Olsen, who returns as Wanda aka Scarlet Witch says, “In this story, we’re leaping into different universes. But unlocking the Multiverse creates a big Pandora’s box.” Benedict Cumberbatch adds, “It’s unfathomably exciting where we’re going in this film.”

Doctor Strange in the Multiverse of Madness takes place after the events of Spider-Man: No Way Home and WandaVision. After Doctor Strange opened up the multiverse in the Tom Holland movie, the universe loses its balance. Wong says Strange has “opened a doorway and we don’t know who or what will walk through it”. Strange was seen asking for Wanda’s help to fix the breach.
Elizabeth Olsen’s Wanda Maximoff turned into Scarlet Witch in the finale of Disney+ series WandaVision.

In the featurette, the cast shared that the movie will kick off “the most fantastic new phase of Marvel,” which currently is struggling to strike gold ever since it entered its Phase 4 post Avengers: Endgame.

Fans have been divided between Strange and Wanda, over who’s the stronger superhero in MCU, and director Sam Raimi, who makes his debut in Marvel, called Multiverse of Madness, “a great opportunity to pair two of the most powerful super heroes together.”

Doctor Strange will encounter his dark side in Multiverse of Madness.

“Our goal was to give fans what they wanted, just not exactly what they expected,” Sam added. Sam is credited for helming the popular Spider-Man trilogy starring Tobey Maguire.

In the film’s various clips and trailer, we saw how Doctor Strange is set to confront his darker side, most probably Strange Supreme, the evil version of the superhero. It is also expected to introduce several new Marvel characters and even bring back a few old ones. Fans are also guessing that Patrick Stewart’s Professor X and the Superior Iron Man could be the antagonists in Multiverse of Madness.

Benedict Cumberbatch said the much-awaited movie has “a sort of dark tone to it”, lauding Sam Raimi for being the best pick at the helm. “He is the master of that,” the actor added.

Actors Chiwetel Ejiofor, Michael Stuhlbarg, and Rachel McAdams also reprise their respective roles in Doctor Strange in the Multiverse of Madness, while Xochitl Gomez joins the cast as America Chavez.

The movie will hit the theatres on May 6.