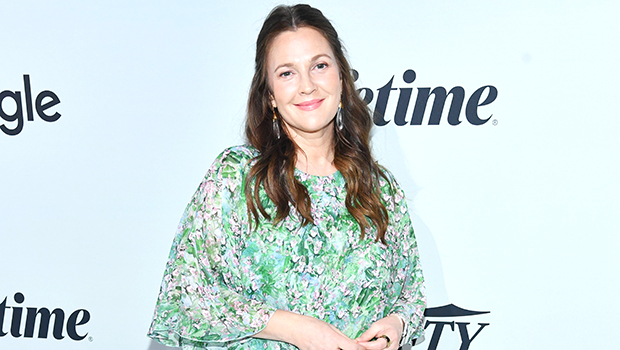 
Drew Barrymore, 47, looked as vibrant as ever while she rocked a sold black one-piece swimsuit while vacationing with her children in Italy. In the photos per The Daily Mail, she was seen bare faced while she took a splash in the ocean with Olive, 9, and Frankie, 8. She was then seen with an unnamed male companion who helped cover her with a towel while the two both sported smiles on their faces. Apparently, the actress later sipped on a beer to wind down after changing into her summer clothes.

The adorable outing comes a few weeks after Drew attended the wedding of the iconic pop star Britney Spears when she married Sam Asghari. At the intimate ceremony with 60 people, Drew was accompanied by Selena Gomez, Paris Hilton, Donatella Versace, and Madonna. In a cute photo where Drew, Britney, and Selena all are hugging, drew wore a brown silk dress with her wavy brunette hair flowing past her shoulders.

After the wedding, the E.T actress took to her Instagram to praise the lavish event. “What I learned from Ever After is that we must rescue ourselves and yet still want the fairy tale,” she wrote via her Instagram story on June 10. “And that’s exactly what Britney did!..I couldn’t not be happier for her intrepid journey!!!!!!!” she added in excitement.

Drew Barrymore: Pics Of The Actress

That wasn’t the only time that Drew has gushed over Britney publicly. On her show in early April 2022, she talked about how excited she was for the “Toxic” singer to publish her new book.

“I just think it is such a smart and intelligent way to tell her story, it’ll get us all reading and off our screens, so thank you Britney for that, and she will control that narrative, and she will tell us in her own words, and it’s just a brilliant way for us to be invited into her world,” she stated on The Drew Barrymore Show.

“She managed to do it, now I gotta figure it out, but really when you put your words out there Britney Spears we’re all listening, so I’m really excited for your book,” she added. She later went on to invite the pop star to be a guest on the talk show in May 2022, making comparisons between their two careers in the public spotlight.