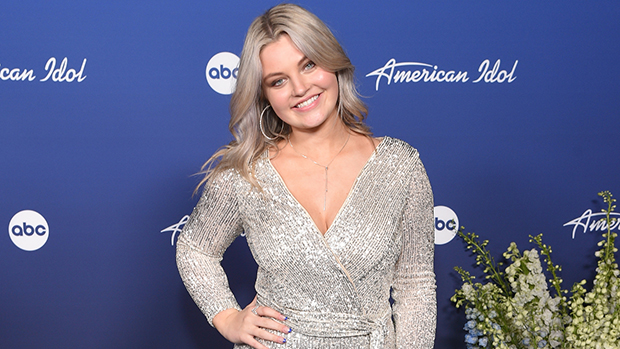 Emyrson Flora is a rising star in the making! The 16-year-old is a contestant on season 20 of American Idol. She impressed the judges during her very first audition, and has continued to blow away viewers week after week. Now, the competition is in America’s hands, and Emyrson earned enough of the public’s votes to score a spot in the Top 14. During the April 24 episode, she’ll sing live once again in hopes of landing in the top 11. Learn more about the teenager who has a voice well beyond her years here:

1. Emyrson is a Self-Taught Musician

Emyrson recognized her talent at a young age and she took it upon herself to continue pursuing music, teaching herself piano and guitar. “I really just grew up singing in my room for my parents,” Emyrson said during her Idol audition. “I taught myself everything and it’s really cool to see it all.” Emyrson performed “The Joke” for her audition, and although the judges thought her talent was a bit “raw,” they “rolled the dice” and put her through to Hollywood Week. “I just want to get better and learn and grow,” Emyrson dished. “The judges said I was raw, but they’re going to see a fully cooked Emyrson.”

2. How Old Is Emyrson Flora?

At just 16 years old, Emyrson is the youngest contestant on this season of American Idol. She is admittedly “inexperienced,” but she’s continued to grow week after week with all of her performances. Emyrson’s birthday is on August 7.

Ava Maybee: 5 Things About The ‘Idol’ Singer Who Is The Daughter Of A Famous Rock Star

3. Where Is Emyrson Flora From?

Emyrson was born in Hudson, New York, but she currently lives in Cleveland, Ohio. She is currently a high school student, pursuing her high school diploma. Emyrson never performed in front of a live crowd before coming onto American Idol.

4. Is Emyrson Flora On Social Media?

Emyrson has various social media accounts where she keeps her fans updated on her Idol journey. On Instagram, her handle is @EmyrsonFlora, and on Twitter she also has the handle @EmyrsonFlora. Her TikTok account, which she seems to use the most, also has @EmyrsonFlora as a handle.

5. What High School Does Emyrson Flora Go To?

Emyrson attends Walsh Jesuit High School in Ohio. While she can’t physically be in school during her Idol journey, Emyrson has kept up with her studies with help from a tutor, who was provided by the show.