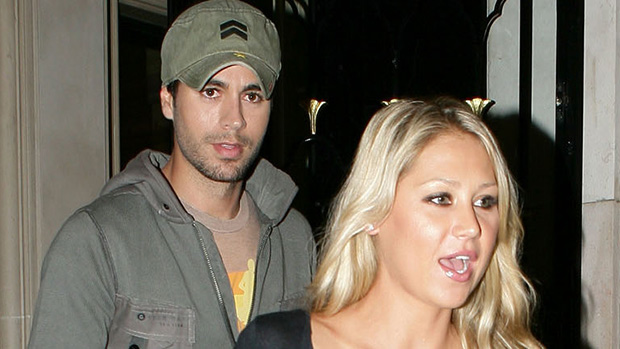 
Enrique Iglesias and his family squeezed in two celebrations this past weekend: Mother’s Day AND his 47th birthday. Anna Kournikova, 40, honored the Spanish superstar on his big day with an Instagram photo of the couple sitting on the grass with their three children, daughter Mary, 2, and 4-year-old twins Lucy and Nicholas. In the snapshot, Enrique leaned in to give Lucy a kiss on the lips, as Mary sat on her dad’s shoulders and Nicholas sat next to Lucy in his mom’s lap. Anna captioned the photo, “Happy Birthday to the most amazing Dad! We super love you!!!”

It’s not often that we get a glimpse into the Iglesias-Kournikova household. In fact, Anna hadn’t posted on her IG grid since December 2021, when she commemorated her twins’ 4th birthday. The former tennis star dedicated a separate post to each of the twins, and wrote, “4! ❤️” in both captions. Lucy looked like her mother’s mini-me in the photos, while the pics of Nicholas show that he’s become a spitting image of Enrique.

Enrique and Anna completed their family when Mary was born on January 30, 2020. In an interview with PEOPLE last March, the “Bailamos” hitmaker said his twins “love” being older siblings to their younger sister. “There’s a two-year difference, so I was a little scared,” Enrique admitted. “I was like, ‘How are they going to react?’ And I have two dogs so my house is chaotic. When we first came home with Masha, I was like, ‘Oh, how is everybody going to react?’ “

Enrique met his longtime partner on the set of his “Escape” music video in 2001. They allegedly broke up in 2013, but rekindled their relationship shortly after and have now been together for over 20 years. The pair still hasn’t gotten married, and instead they’re focused on being parents to their three wonderful children

Enrique Iglesias’ Kids: Everything To Know About His 3 Children With Anna Kournikova