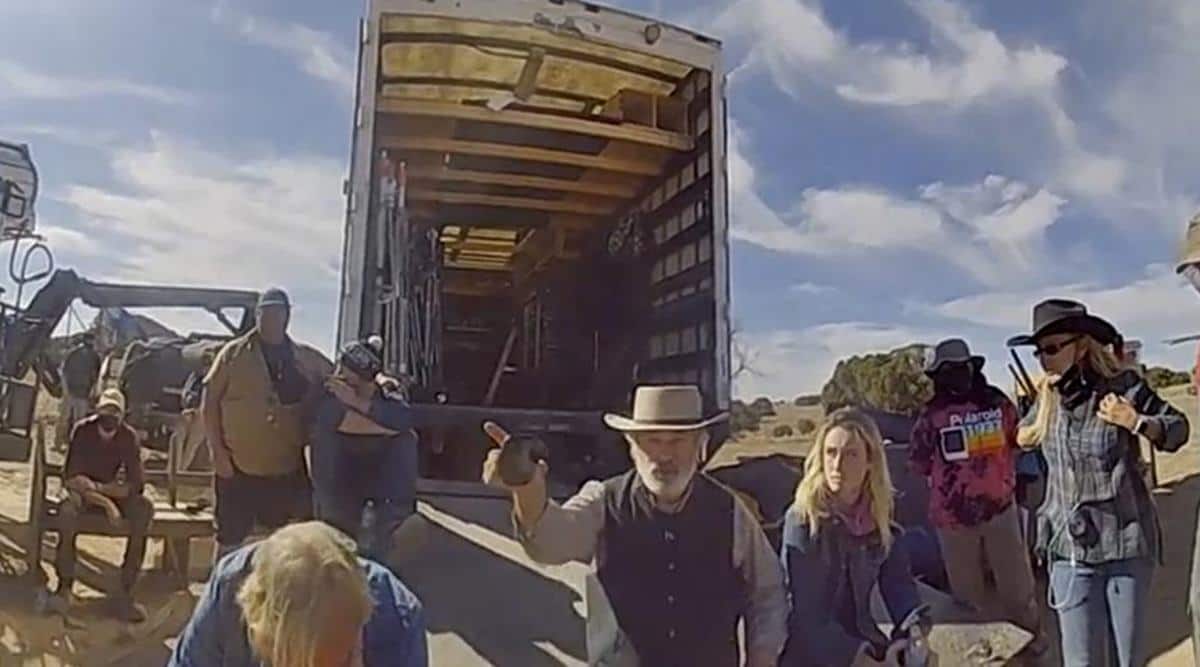 A film production company is contesting sanctions by New Mexico officials for alleged workplace safety violations on the set of Rust, where actor and producer Alec Baldwin fatally shot a cinematographer in October, according to filings posted Wednesday by state regulators.

Rust Movie Productions is challenging the basis of a $137,000 fine against the company by state occupational safety regulators who say production managers on the set of the Western film failed to follow standard industry protocols for firearms safety.
- Advertisement -

At a ranch on the outskirts of Santa Fe on Oct. 21, 2021, Baldwin was pointing a gun at cinematographer Halyna Hutchins inside a small church during setup for the filming of a scene when it went off, killing Hutchins and wounding the director, Joel Souza.

Baldwin said in a December interview with ABC News that he was pointing the gun at Hutchins at her instruction when it went off without his pulling the trigger.

“The law properly permits producers to delegate such critical functions as firearm safety to experts in that field and does not place such responsibility on producers whose expertise is in arranging financing and contracting for the logistics of filming,” Rust Movie Productions said in its filing. The company “did not ‘wilfully’ violate any safety protocol, and in fact enforced all applicable safety protocols.”

In April, New Mexico’s Occupational Health and Safety Bureau imposed the maximum fine against Rust Movie Productions and distributed a scathing narrative of safety failures, including testimony that production managers took limited or no action to address two misfires of blank ammunition on set prior to the fatal shooting.

Rust Movie Productions responded in its filing by saying that misfires prior to the fatal shooting of Hutchins did not violate safety protocols and that “appropriate corrective actions were taken, including briefings of cast and crew.”

“In fact, a safety meeting was held the morning of the incident,” the company said, apparently referring to the shooting of Hutchins. The filing does not elaborate further.

Rust Movie Productions also is challenging allegations that film set armorer Hannah Gutierrez Reed was overburdened, asserting that she had sufficient time to properly inspect and safeguard all firearms and ammunition on set. The production company cites comments by a costume designer who said Reed had “plenty of time” to do her job properly.

The sheriff investigating the fatal film-set shooting has described disorganization and neglected safety measures in the making of the low-budget movie. Santa Fe County Sheriff Adan Mendoza has said he is waiting on a forensic analysis of the weapon, projectile, fingerprints and more from the FBI and state medical examiners before turning the case over to prosecutors to decide whether criminal charges will be filed.

State findings and sanctions against Rust Movie Productions hold implications for at least five lawsuits that have been filed over the shooting, including a wrongful death suit brought by Hutchins’ family against Baldwin and the movie’s other producers.

The lawsuit on behalf of widower Matt Hutchins and his 9-year-old son alleges a “callous” disregard in the face of safety complaints on the set.

The state fines would apply to a film with a budget of about $7 million. Baldwin was assigned a salary of $250,000 as an actor and producer and may have put some of that money back into the production.

Rust Movie Productions says in its filing that all personnel on set were instructed that they had authority to cease activities at any time until safety concerns were resolved, with film union stewards on site to ensure compliance with labor-union safety protocols.