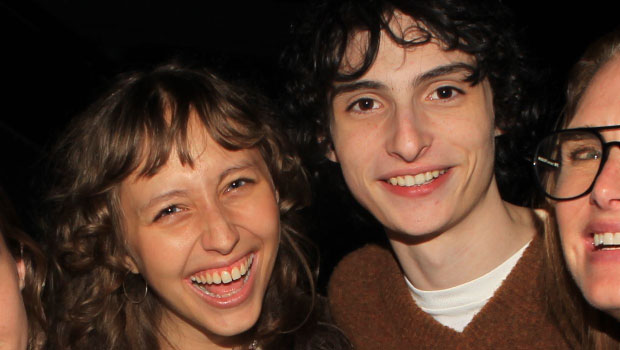 
Finn Wolfhard, 19, made headlines when he confirmed that he was dating Elsie Richter, 20, with a blurry yet close-up cozy social media photo of the two of them smiling in June 2021. Although the pic has now been deleted and the lovebirds seem to be very private about their relationship, there’s still interest in the love story between the Stanger Things star and the actress. After first being spotted together in March 2021, they immediately sparked dating rumors and the two have seemed to enjoy each other’s company ever since.

Find out more about Elsie and her romance with Finn below.

Elsie is an actress who’s starred in a handful of things.

Finn admitted he felt blackmailed to confirm his relationship with Elsie.

The actor revealed that although most fans are great, there are some strangers that want to dig into his personal life just a tad bit too much, in an interview with the Washington Post. He said these strangers periodically threaten to release his personal information and one person threatened to release Elsie’s address online if he didn’t confirm their romance publicly, which led to his posting of the social media pic of the two of them.

Although she’s not verified, she has a whopping 162,000 followers on the handle @elsiepearls, and posts photos of herself and various things/moments in her life on a regular basis. She doesn’t appear to post pics of Finn, though. One of her latest pics, which can be seen above, appeared to show her posing near a pool table and she captioned it with a slot machine emoji.

Elsie’s mother is English actress Dolly Wells and her father is Mischa Richter, according to The Sun. She also reportedly has a younger brother named Ezra Richter.

Elsie seems to have a close group of friends.

The young talent often shares photos of male and female pals, who she gives shout-outs too in random posts. It’s unclear if some people are also family members, since she’s very private about her life, but she always seems to be having a great time at various places with them. Whether they’re hanging out and reading in an apartment together, or attending a truck show, her life seems full of supportive folks and great and memorable times!