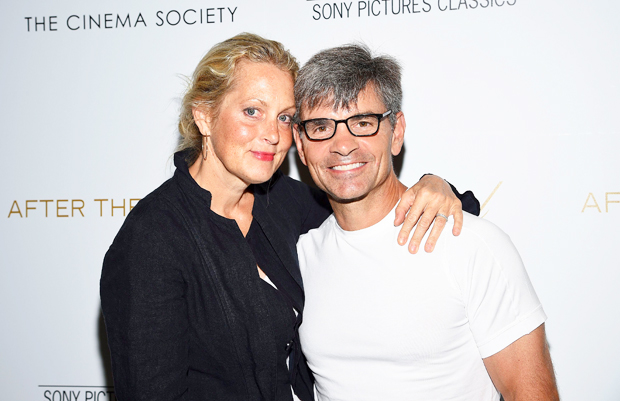 
Happy Birthday, Ali Wentworth! The actress and author celebrated with a delicious cake, her beloved husband, George Stephanopoulos, and a gorgeous selfie.

“That’s a wrap on this year’s birthday,” wrote Ali Wentworth on Wednesday (Jan. 12), the day she turned 57. Ali commemorated the day with a selfie alongside hubby George Stephanopoulos. George, 60, wore a maroon pullover hoodie and a birthday hat as he pulled in Ali for a sweet hug in the photo. She opted for a black long-sleeve top, track pants, and a birthday tiara. The two gathered close, right before she was to blow the candles out on her cake. “Now back to cleaning up dog poop, taking rapid tests, laundry, and endless Zooms….” Ali added. “Do better 2022!”

George and Ali recently celebrated their twentieth wedding anniversary. During a December episode of The Talk, Ali revealed that George is someone who “doesn’t like gifts,” which made for an interesting experience when it was George’s turn to blow out the candles. “I remember years ago on [George’s] birthday,” she said, per Yahoo. “I surprised him by getting a hotel suite with a fire, and I had a bathrobe on and chocolate, champagne. And he showed up for ‘lunch,’ and then he had to go back to work.”

“And I called the front desk, and I said, ‘Listen — we only used this for an hour. You can resell this. So, can we get some kind of a deal?’ And the receptionist was like, ‘Mrs. Stephanopoulos, we don’t charge by the hour at this hotel. You might want to try something further up in maybe Queens.’ “

“He’s my straight guy,” Ali told Parade magazine in 2018. “He’s not funny per se, but I can make fun of him, and he can laugh at that. He can laugh at himself. There’s endless making fun of him, and he loves it. That’s the best. If I had a husband that was like, ‘stop it,’ I wouldn’t have married him. No. George can fall off the bed laughing at something that’s amusing.”