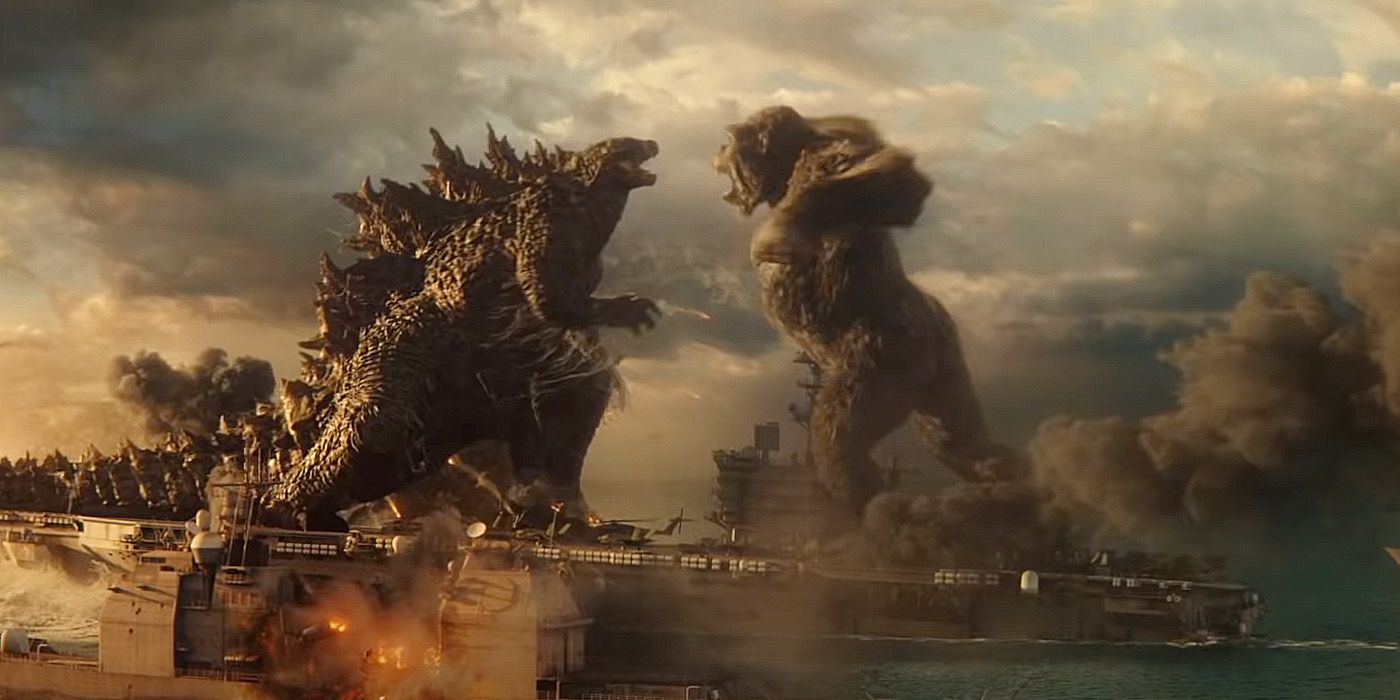 The highly-anticipated sequel to Godzilla vs. Kong is using “Origins” as a working title, teasing that the upcoming movie will explore the inception of the Titans and the ancient civilization that inhabited Hollow Earth. The Australian news report 7News Brisbane revealed the news just a few days after the sequel began filming. The news was also confirmed through a set photo released by the Twitter account KDM_Monsters.

During the events of Godzilla vs. Kong, the powerful primate journeyed into Hollow Earth to find a lizard-killing weapon he could use to show Godzilla who’s the king of the jungle. During this underground adventure, we learned that humans used to live in Hollow Earth many millennia ago, building colossal temples to worship Kong’s ancestors. In one particular scene, we even see a throne room with a small door in the base of a chair, indicating that humanity lived side by side with monsters in the past.

Since the release of Godzilla vs. Kong, fans have been wondering where the MonsterVerse would go next, and the origins of Hollow Earth seem to be an exciting concept to explore in a theatrical release. At the end of Godzilla vs. Kong, the two titular colossi split reign over Earth, with Godzilla remaining the king of monsters on the surface while Kong remained free in the jungles of Hollow Earth. So, if the sequel is exploring the past of Hollow Earth, it’s most likely we will see the giant gorilla once again.

While Legendary and Warner Bros. haven’t made a statement about the Godzilla vs. Kong sequel’s official name, a working title is usually related to the themes or main plot points of a given production. So, by setting “Origins” as a temporary title, the MonsterVerse gives us a massive clue about where the franchise is going.

It would also make sense to focus the sequel on Kong since Godzilla is already set to return in another MonsterVerse production. Apple TV+ is currently developing a Godzilla and the Titans series focused on the many monsters that never got in the spotlight in the previous movies. The series will follow a family trying to survive in a world filled with monsters right after the destruction of San Francisco at the end of Godzilla: King of the Monsters.

The untitled sequel for Godzilla Vs. Kong will crash into theaters on March 15, 2024. Unfortunately, there’s no release date for the Godzilla and the Titans TV show. While we wait for more news about the MonsterVerse, check out our interview with Godzilla: King of the Monsters directors Michael Dougherty and Ken Watanabe.