How Is Loki Alive After Endgame? His Death & Resurrection Explained 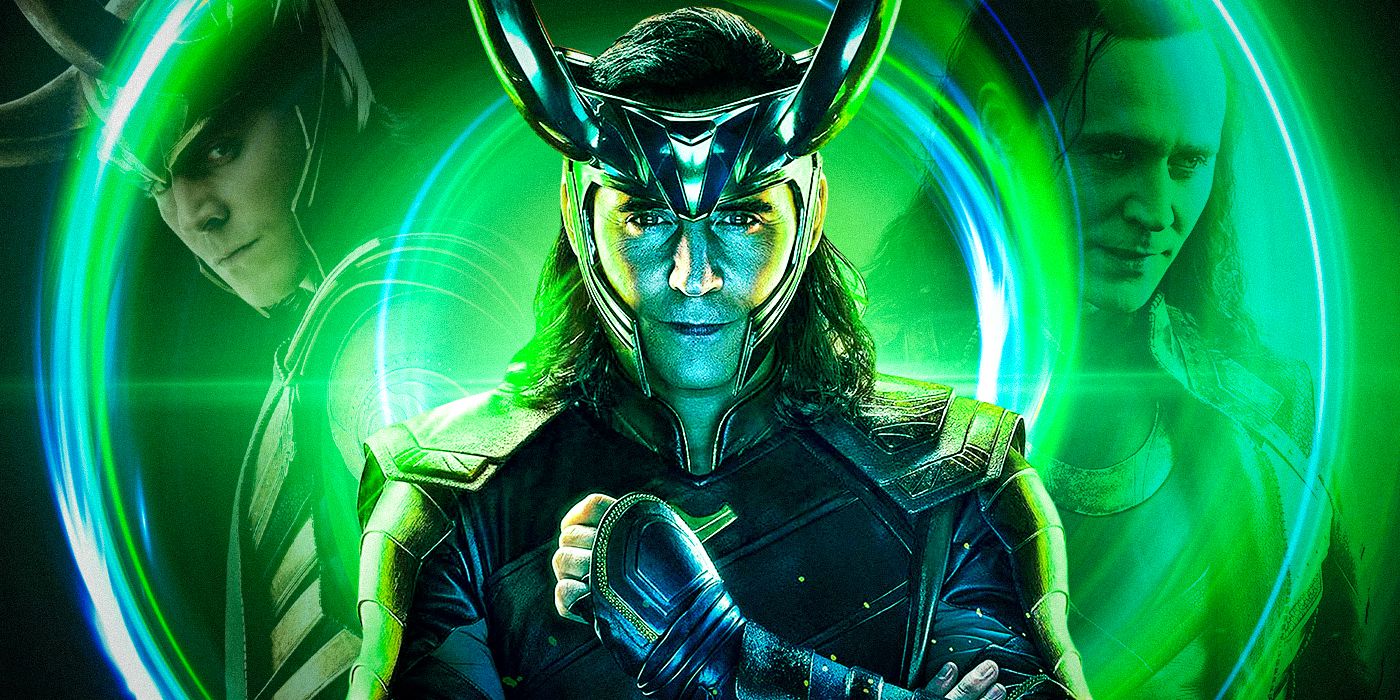 At the 2022 San Diego Comic Con, Marvel announced when the Disney+ spin-off show, Loki would return to screens—Summer 2023. So far, fans have been privy to only a few stills from Season 2, seemingly set in the early 20th century. The studio has been particularly reticent about revealing many details about the second season of the show, which is currently filming, except for news that supporting cast members Gugu Mbatha-Raw and Eugene Cordero will be joined by newcomer Rafael Casal.

Loki (Tom Hiddleston) is a character who is known for dying, and when the show was first announced, most viewers were left wondering what magic the Marvel Cinematic Universe creators were going to use to keep this beloved character alive, especially since the last time we saw Loki in the main timeline, he was lying dead at his brother’s feet. He’d just handed over the stolen Tesseract to Thanos (Josh Brolin) in exchange for Thor’s life, but Thanos broke Loki’s neck anyway and announced, “No more resurrections’. So how is Disney+ releasing a new show about the God of Mischief?

Loki, the third Disney+ spin-off from the Marvel Cinematic Universe, follows the character after he’s been apprehended by the Time Variance Authority. The trailers promised a genre-bending time travel series where, for once, Loki isn’t the smartest person in the room, and the first season followed through with that premise. But if you’re wondering how he’s even alive, we have the details you need to know.

Loki is a Trickster and he’s very good at what he does. From his first MCU appearance in 2011’s Thor, Loki revealed his ability to create duplicates of himself and fake his death. At the end of the film, Loki was seen careening through space to his apparent death, only to resurface during the end credits scene. As we found out in 2012’s The Avengers, Loki had survived his fall, but he was under the influence of Thanos.

That wasn’t the only time Loki faked his death. Loki purposely deceived his brother Thor (Chris Hemsworth) in Thor: The Dark World when they fought the Dark Elf Malekith (Christopher Eccleston). This latest ruse gave Loki the opportunity to depose his father, Odin (Anthony Hopkins), from the Asgardian throne and take over in his stead. The trick worked for a while till Thor outsmarted Loki in Thor: Ragnarok. So far, that was the only film in the trilogy where Loki didn’t “die.” His final, final death came at the hands of Thanos in Avengers: Infinity War. Loki’s parting words to Thor were, “the sun will shine upon us again.” And it has, but in separate universes! Thor has appeared in a fourth solo film, Thor: Love and Thunder, and Loki is back to headline his own show, but the twain have not met. In the main timeline of Earth-616, it appears that Loki is presumed dead and gone for good. In Thor: Love and Thunder, Thor has several tattoos memorializing his brother, which seems to suggest the God of Thunder has made peace with his death. In Season 1 of Loki, the God of Mischief had to reconcile with the fact that he was a variant who couldn’t return to the life he had. But, with the next Avengers saga dealing with the multiverse, perhaps there’s still a chance for the brothers to be reunited.


The Loki series takes place after the events of Avengers: Endgame, the first film in the franchise to introduce time travel. In the film, the original Avengers members devised a way to travel into the past to procure the Infinity Stones that Thanos had destroyed. One of the years they returned to was 2012, when Loki was in New York leading the Chitauri attack on the city.

Loki, at the time, was in possession of the scepter which was powered by the Mind Stone. He was also after the Tesseract which contained the Space Stone. After his defeat, both stones were commandeered by S.H.I.E.L.D. But, the present-day Avengers in Endgame needed the stones, so Steve Rogers/Captain America (Chris Evans) fought his younger self for the scepter, while Tony Stark/Iron Man (Robert Downey Jr.) was in charge of securing the Tesseract. That plan didn’t work out as well as expected. Just as Tony had the suitcase containing the Tesseract in his hand, 2012’s Hulk knocked him down, causing absolute chaos. The suitcase went flying and revealed the Tesseract. Loki, momentarily left unmonitored, was able to grab the Tesseract and use its power to teleport away. We didn’t know Loki’s destination, but, as seen in the premiere of Loki, he landed up in a desert, but was whisked away by the TVA who had tracked the location that Loki had disappeared to. And that is how Loki is still alive and ready to lead his own Disney+ show.


Technically speaking, the real Loki — or rather, the Loki that fans have watched since 2011 — is still dead. The version in the series is from a different timeline, and he is at a distinct point in his character growth. The Loki whom fans fondly remember is the one who returned to Asgard, evacuated its people from Hela’s (Cate Blanchett) attack, and joined Thor on his journey to Earth. In the eyes of many, Loki was redeemed and finally became one of the good guys. . The protagonist of Loki is not the same person. Loki is fresh off his defeat at the hands of the Avengers, and, at the start of the show still jealous of Thor and his destiny to be the king of Asgard. His hatred for Thor was hinted at in at least one of the trailers, but Loki’s arc on the show was confronting his own fears and insecurities. That’s not to say the character wasn’t an enigmatic figure or a good guy, but he’s a very different person from the one last seen in the main timeline.


Disney and Marvel were smart to find a new and diegetically plausible way to keep Loki alive in the MCU. The character is a fan favorite and consistently ranks high on best character lists. Hiddleston’s performance in the first Thor film should have been the last we saw of the character, but most viewers will agree, it’s great to have the God of Mischief back in the game.

By the end of the first season, Loki had been betrayed by his variant, Sylvie (Sophia Di Martino), and he’d landed up in an alternate timeline where the only friend he had, Mobius M. Mobius (Owen Wilson), didn’t know who he was. What’s in store for him next? Only time will tell—or maybe Miss Minutes (Tara Strong).