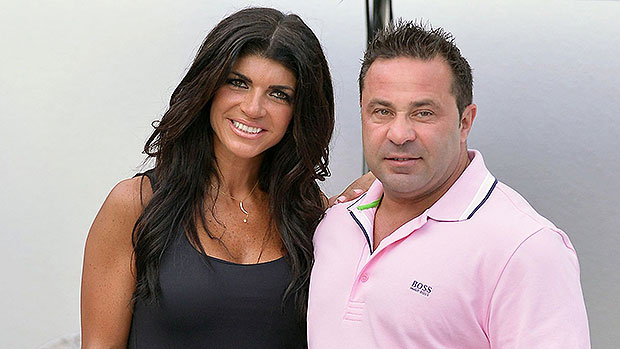 
Joe Giudice is “genuinely happy” as his ex Teresa Giudice nears her marriage to 46-year-old businessman, Luis “Louie” Ruelas. A source close to the reality star spoke EXCLUSIVELY with Our Source and revealed Joe’s feelings as Teresa and Luis’s wedding approaches.

“Despite everything that went down between Teresa and Joe, she will always hold a special place in his heart,” a source close to the Real Housewives of New Jersey star, 50, said. “They spent most of their lives together and without Teresa, Joe wouldn’t have been blessed with four of the most incredible daughters. His girls mean everything to him and as long as they’re happy, he’s happy.”

“Joe has nothing but respect for Teresa and he’s genuinely happy for her and Louie. Not that she needs it, but Teresa completely has Joe’s blessing with this marriage and he wishes her nothing but the best,” the pal added.

Teresa began dating Luis after her divorce from Joe after 20 years of marriage. The exes share four daughters; Gia, 21, Gabriella, 18, Milania, 16, and Audriana, 14. The couple, who celebrated their two year anniversary in July, got engaged in Greece in October 2021.

As we previously reported, Teresa was thrilled at the possibility of marriage as she started dating Luis two months after her divorce from Joe was finalized in September 2020. “Teresa feels like this is it for her when it comes to her relationship with Louie,” the source revealed to Our Source EXCLUSIVELY at the time. “She is honestly never been happier and is in the happiest, healthiest relationship she has ever been in. She absolutely could see herself marrying Louie. The kids love him and he is very good to her kids.”