How Lightyear's Zurg Manifests the Egotism of Toxic Masculinity 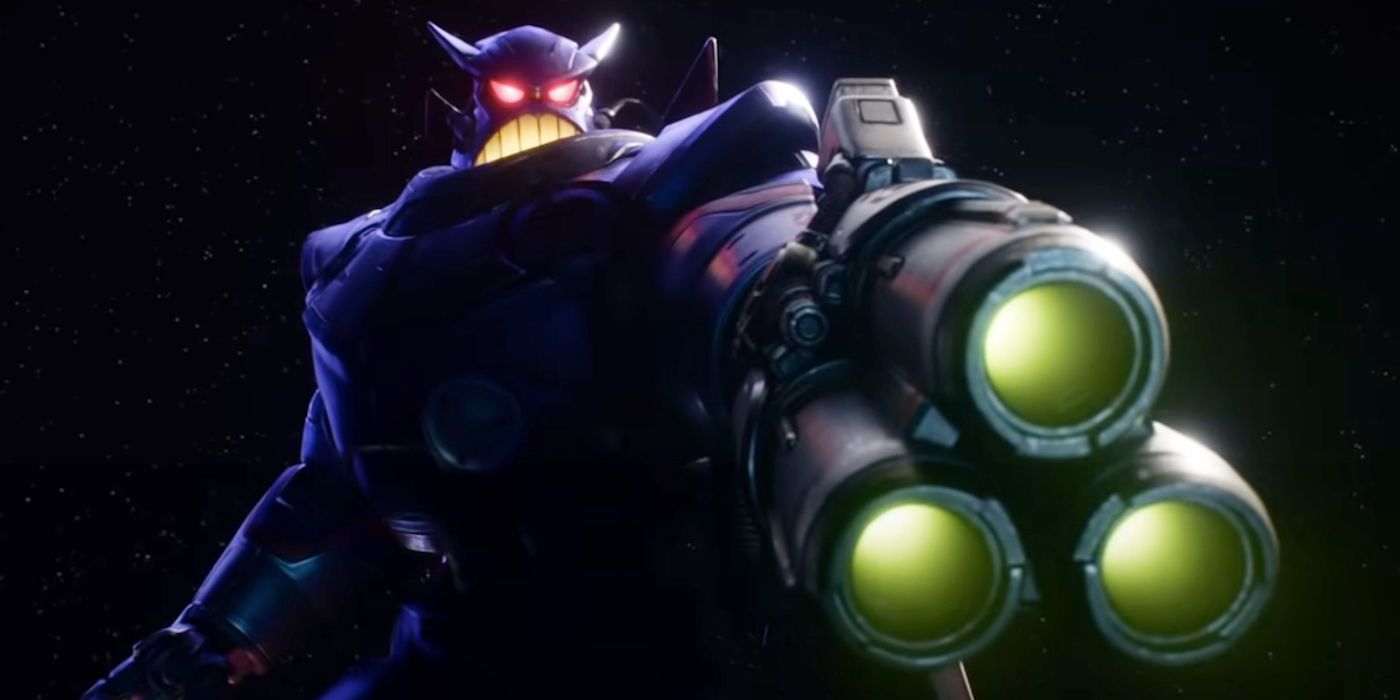 Pixar’s Lightyear brought the beloved toy Space Ranger to the big screen in a grand scale interstellar adventure all his own, full of references and allusions to the original Toy Story character in a whole new light. While Lightyear stayed true to a bulk of the lore and likability of Tim Allen’s iconic action-figure, the film’s new reinterpretation of the Evil Emperor Zurg left many die-hard fans perplexed by the story’s treatment of the Galactic Alliance’s sworn enemy.

While it can be argued that the film starkly ret-conned the canon established in Toy Story 2 of Zurg being Buzz’s father (in a cheeky nod to The Empire Strikes Back), the film effectively refits the character’s motivations into the context of this version of Buzz’s story to confront the concepts of toxic masculinity and egotism.

In the film, Captain Buzz Lightyear, played by Chris Evans, is driven to fix his mistakes and finish his mission of achieving hyper-speed flight so that he and his people can return home, even at the expense of missing out on decades of living a life alongside his friends. As he takes more and more test flights into hyper-speed, he travels further into the future to be met with a world that doesn’t need him or his mission anymore.

Buzz’s do-or-die mindset follows him into the far future as he meets a team of new recruits who offer to help him on his mission. Buzz is resistant to accept the aid of others and feels that only he himself is able to carry out his decades-long assignment. This culminates into the appearance of an alternate timeline version of himself, under the guise of the robotic villain Zurg (James Brolin), who is determined to alter the past so that his mistake, and therefore the lives of Buzz’s new friends on their planet, never happened.

Zurg is a reflection of Buzz’s own self-importance, willing to sacrifice the lives of others so that he can remedy his own guilt and relive his heroic past. Buzz’s foremost motivation upon taking on the mission was to fix the mistake that marooned Star Command in the first place and get everybody home, all the while struggling with the belief that he must handle things on his own and that if he fails, Space Rangers won’t matter anymore. As he continually flings himself into the future, Buzz proves that he would rather be the hero and cleanse his conscience than live for himself alongside his friends.

The reveal of Zurg as a time-bending variant of Buzz illuminates how time and isolation have changed Buzz and altered the motives behind his mission to a more selfish end. While Buzz was bent on fixing his mistake to save his people and make things right, Zurg’s wanted to change the timeline altogether to benefit himself and rid himself of his guilt. Going from altruism to selfishness, Zurg wanted to finish the mission, not so that he can save his people and own up to his mistakes, but so that he can matter again as a Space Ranger and negate his past mistakes.

Zurg represents Buzz’s inflated egotism of failing to accept his own failures, self-righteously doing whatever it takes to remain the hero and do things HIS way, wasting his life to recapture a past in which he was the hero. Before learning to work on a team, Buzz’s self-importance as the savior of the future blinded him to how he is actually needed for and how he can best serve his community. His fellow rangers needed him as a friend, not as the almighty hero with a sacrificial duty. The clash between Buzz and Zurg’s helps magnify the growth Buzz underwent upon realizing that finishing his mission was not the only way to help his people. Unlike Buzz, Zurg did not want to help people anymore, but protect his own legacy and maintain his status as a hero.