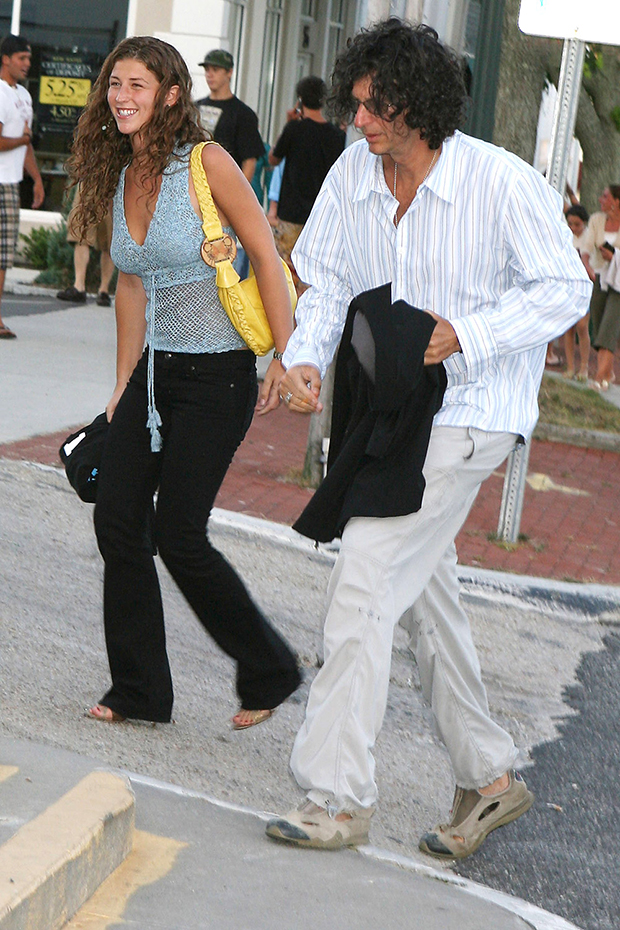 Howard Stern has certainly built an empire for himself. The 67-year-old shock jock, who refers to himself as the “King of All Media,” signed one of the most lucrative deals in radio history with SiruisXM to take his beloved The Howard Stern Show to satellite stations. Then after writing huge best sellers such as Private Parts (which he made into a movie and starred in) and Miss America, Howard was welcomed into the public’s living room as a judge on America’s Got Talent. Let’s just say the world is Howard’s oyster!

But his most precious pearls are certainly his three daughters he shares with his ex wife Alison Berns. Married in 1978 while both 24 years old, Howard and Alison welcomed Emily Beth in 1983, Debra Jennifer in 1986 and Ashley Jade in 1993. Keep reading to find out more about his three amazing children here!

Emily Beth Stern was born on May 7, 1983, in Long Island, New York and definitely takes after her father’s creative personality as she is a singer, actress and artist. After completing her Theatre degree at New York University’s Tisch School of the Arts, Emily appeared in several stage productions. However, there was a bit of a scandal when she was cast in an off-Broadway production called Kabbalah, where the cast was asked to do scenes in the nude. When the show got mixed reviews, the director allegedly used Emily’s family name and released an unauthorized video of her almost nude to promote the production, according to The Things. With the help of her father’s lawyers, she was able to break out of the contract.

Afterwards, she began to focus on Jewish faith and enrolled at the Drisha Institute to become a Torah Scholar, studying scriptures of the Old Testament. She also has had galleries of her photography. And in 2012, Emily released an album of original songs call Birth Day, which includes “Remembering Love” and “Love the Child Who Cries.”

Born May 9, 1986, Deborah tried her hand in the Hollywood game for a brief moment, as she appeared on the sitcom Parker Lewis Can’t Lose. After a few bit roles in B-movies, Deborah turned her attention to education. She acquired a degree in humanitarian services, a Ph.D. as an ‘Independent Education Consultant’ and a Ph.D in Reading, Writing, and Literacy from the University of Pennsylvania, according to Spock and Christine. She is also the founding partner of Deborah Stern Partners, a brand consultancy firm.

On October 8, 2016, Deborah walked down the aisle with her long-time boyfriend Colin Christy, who is the founder of Hapa Inada Designs. AS they keep a relatively low profile, it is unknown if the couple share any children.

The youngest of Howard’s three children is daughter Ashley, who was born on January 24, 1993 in Old Westbury, Long Island in New York. Sadly, Ashley was only 8 when her parents decided to call it quits. Her mother remarried David Scott Simon, and her father married actress and model Beth Ostrosky.

While little is known about Ashley as she keeps off social media and is very private, it is clear she gets along well with her stepmother, Beth. The pair have been photographed together at multiple events over the years, accompanying Howard with huge smiles.