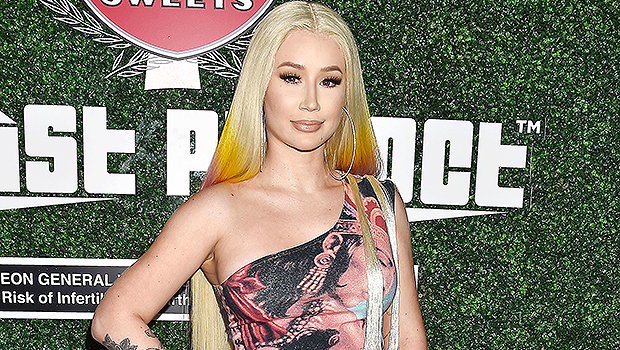 
Iggy Azalea has got some new ink! The “Problem” rapper shared a two-part video to her Instagram on April 20 detailing a new arm tattoo she received on her upper right arm. “My new favorite & most special tattoo!” the rapper captioned the post, showing off a design of her son, Onyx, 1, as a cherub-esque baby with wings, “Onyx Orion” written in the banner surrounding his body.

“It makes me sooo happy that this was executed by a talented woman,” Iggy added in the caption of the video (shot by @paco.3463), thanking Miami tattoo artist Lua Hills for her work.

Iggy is celebrating her baby boy, but she’s not necessarily on great terms with her little one’s dad, Playboi Carti. Last week, the “Fancy” rapper revealed she doesn’t speak with Carti after he talked about her in a new interview with XXL on April 12. Following the interview, Iggy took to her social media and wrote a since-deleted tweet saying that the 25-year-old rapper’s interview with was “misleading,” especially the parts where he said kind things about her.

For the interview, which was done as a part of the hip hop magazine’s Spring 2022 issue, Carti gushed over Iggy and called her a “great mom,” adding how excited he was for his son’s birthday. “I love her to death. I’m single. She’s single now. But that’s one of the best mothers in the world,” he stated. “And that’s what you got to put in the book, you hear me? I love her to death. She is the best mother in the world.”

What Carti had to say was ostensibly kind, but Iggy didn’t hold back in her tweet by noting how untruthful she believed her ex was being in the interview. Commenting on how the rapper spoke about paying bills for different people, including his “baby mom” and “son,” Iggy responded, “I don’t f**k with a man I’m not even remotely on good terms with claiming he pays my bills,” she wrote. “I pay my bills,”

Iggy also claimed that Carti doesn’t make such kind comments to her in person. “Saying nice things for an interview sounds great, but in real life he talks to me like s**t so badly I had to stop all direct contact,” she tweeted. “I do appreciate being called a great mom but when that’s not reflective of what he has to say in real life, I’d much rather be left out of being mentioned at all.”