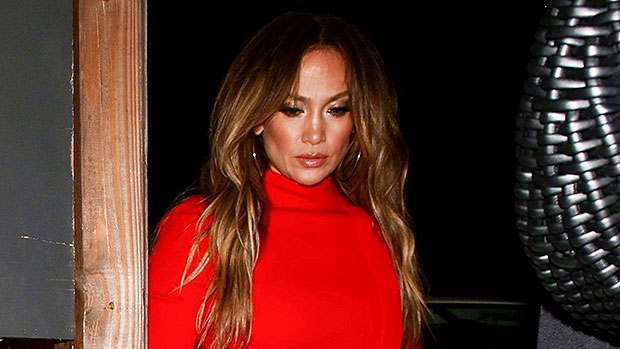 Earlier in the day, the “Dear Ben” singer and Oscar winner were spotted at the Brentwood Country Market holding hands. The two were casually dressed after lunch, with Ben rocking his favorite flannel burgundy and blue button down (which Jen has also been known to borrow). Ben lead Jennifer back to his black Tesla, sweetly opening the door for her before getting into the drivers side!

The sighting marked the first time Bennifer had been seen since the actor, 49, denied being on dating app Raya following a claim from Selling Sunset‘s Emma Hernan. “Remember when Ben Affleck went viral because he sent some girl …” Chrishell trailed off, referencing a selfie-filmed video of Ben that got plenty of internet attention. “He may or may not have been texting me…He may or may not have asked to grab coffee a few times. I didn’t go.”

A rep for Ben, however, denied this was the case. “Raya has confirmed that he has not been an active member for several years,” they said to PEOPLE magazine.

Raya aside, The Town actor seems more in love than ever with Jennifer since rekindling their romance in April 2021! Jennifer confirmed the pair were engaged earlier this month, and Ben didn’t disappoint with his ring choice. The actor topped the unique pink Harry Winston diamond he proposed with back in 2002, this time going with an even more rare green diamond ring worth over $5 million!

Green is Jen’s “lucky color,” which she says she’s happened to be wearing during several opportune moments in her life (including a particular plunging Versace gown from the 2000 GRAMMY Awards). The Wedding Planner star revealed he got down on one knee while she was in the bubble bath — how romantic.