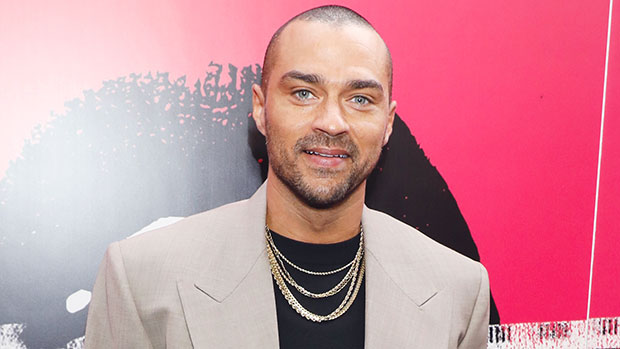 
Jesse Williams isn’t insecure about his loved ones seeing him naked in his Broadway debut Take Me Out. The actor opened up about how he doesn’t think too much about the nude scenes in the play during an interview on Watch What Happens Live on Monday, May 9. “Everybody makes such a big deal; it’s a body. Once you see it, you realize, whatever,” he said.

Broadway star Jesse Williams dishes on audience reactions to his nude scenes in Take Me Out. #WWHL pic.twitter.com/w3zttHqqxJ

After the Grey’s Anatomy star said he doesn’t think much about the nude scenes, Jesse’s co-star, Modern Family’s Jesse Tyler Ferguson, chimed in with a joke about family members seeing him nude in the play. “Your mom’s like, ‘Just how I left it,’” he quipped. The Broadway actor laughed and had his own joke to make: “It didn’t grow at all!”

While Jesse said that his experience in live theater is limited, he felt like it was better to “just get it over with.” Earlier on in the interview, Andy Cohen asked about audience reactions, but Jesse said it’s best to just tune it out. “A non-reaction is a really interesting reaction: the quiet,” he said. “I don’t like any of it. I’ve learned in my minutes in theater, which is all the first for me, which is don’t try to read into it, because it just creates more insecurity.”

When asked about how strange being completely naked for his Broadway debut is, Jesse admitted that it’s helping to make him even more fearless for future roles. “I’m told it’s quite insane,” he said. “I won’t be scared of anything after this.”

Jesse is currently starring in a Broadway production of the 2002 Richard Greenberg play. Take Me Out tells the story of a gay professional baseball player, focusing on his experiences as a member of the LGBTQ+ community and a professional ballplayer. The entire show takes place in the locker room with an all-male cast. The play won the Tony Award for Best Play in 2003. Jesse and his co-stars Jesse Tyler Ferguson and Michael Oberholtzer, are all nominated for Best Featured Actor in a Play. The show is also up for Best Revival of a Play.