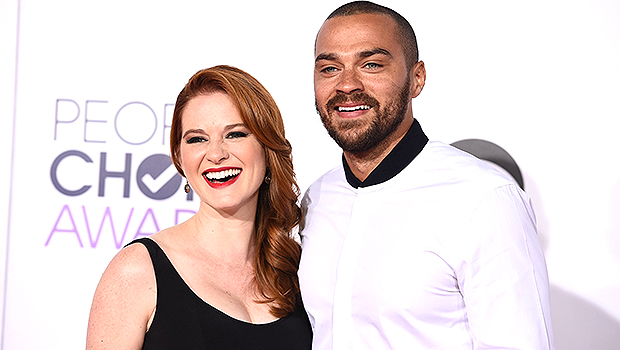 
Fans of “Japril” on Grey’s Anatomy get excited: your beloved couple is making their return! Per Deadline, Jesse Williams and Sarah Drew who played Jackson Avery and April Kepner on the popular ABC medical drama, are coming back for the season 18 finale which airs May 26.

Sarah was on the show for season 6-14 while Jesse’s tenure was from season 6-17. His exit took place in the May 6, 2021 episode “Look Up Child” which also saw Sarah return to give him a proper goodbye. As Jackson visited April to inform her of his moving to Boston to take over the family foundation, she agreed to follow him there so he could be closer to their daughter. She also then dropped the major bombshell that she recently separated from her husband — leaving the door open for a “Japril” revival and, as fans hoped, a possible spinoff series. Their appearance on this season’s finale will provide an update on where the couple stands a year later.

Ahead of season 18, Our Source spoke EXCLUSIVELY with Jesse about bringing Jackson back to the series. At the time, the actor said he didn’t know if he was being brought back, but was “open to the idea.”

“I love my people there, my character, and it could be really cool to have a check-in and see what he and April are up to. I’d be interested in that for sure,” he stated at the time.

In addition, he also shared some ideas for Jackson’s next chapter in Boston with Deadline. “In my mind he will have many stumbles on his road to success in the administrative that he’s taken on running a foundation. I think this is something he will not, cannot give up on. He’s finally found a place for his whole self that is not just his profession,” he said. “He’s always had this bubble wrap around him that has protected him, and being able to do this work, I think, he’s going to be thrilled and feeling like blood is coursing through his veins in a whole new way now. He’s going to feel alive in a way that he hasn’t before, which is very exciting.”

The series is already the longest-running medical drama in history and every year, fans wonder when it will end. Speaking with HL, Jesse admitted  he no longer guesses when the final curtain will be dropped on Grey’s. “I’ve stopped guessing since I joined in 2009 or whatever,” he said. “Justin Chambers would always say, ‘Two more years. I think we got two more years.’ That was every year, and it’s now year 18. There is no stopping that monster until it feels like it. Shows just don’t last that long. They don’t have the material and the foundation to build on like the one that Shonda [Rhimes] created and Krista’s keeping life in, so I’ve got too much respect for the engine to guess it.”