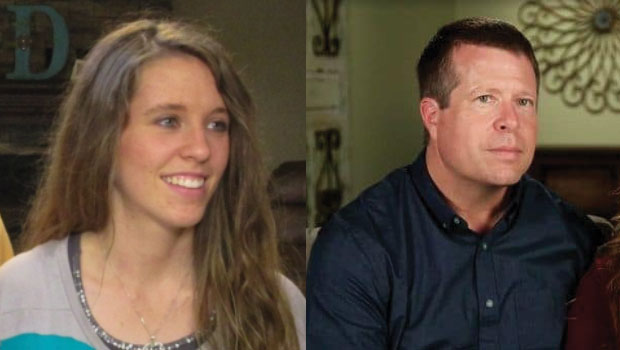 
Jill Duggar accused her dad Jim Bob Duggar of being “toxic” in a May 2017 court testimony, according to The Sun, which obtained the documents. That report revealed that Jill, 30, testified that she’s “prone to tears,” as she described her dad, 56, as both “verbally abusive” and “toxic,” claiming his demeanor changed when she and her husband Derick Dillard wanted to do things against his wishes.

Jill reportedly said that her relationship with her dad changed when her family’s interests conflicted with Jim Bob’s. “I saw a whole new side to my dad once my husband and I started making decisions that were best for our family, but not in his best interest. Sadly, I realized he had become pretty controlling, fearful and reactionary. He was verbally abusive. Our relationship is not good. It got pretty toxic.”

The reality star continued and said that after their relationship took a turn, she had very limited contact with her dad. “We occasionally text on a family group thread, but I don’t feel comfortable being around him and just hanging out. It isn’t good for my mental health right now,” she said.

The testimony described by The Sun came from a lawsuit where Jill and her sisters Jessa, Jinger, and Joy-Anna tried to sue the City of Springdale as well as members of the police department for invasion of privacy. The case was eventually dismissed. Jill’s purported descriptions of her dad stemmed from a preliminary psychological opinion by Robert Wynne. The plaintiffs had sought to prevent this testimony from being disclosed, but the defendant’s lawyers had argued that the “allegation of emotional distress opens the door to inquiries into their lives, including their relationship with the parents.” The case was eventually dismissed. In April, two months after the dismissal, the federal court judge overseeing the case ordered that numerous filings in the case be unsealed.

Our Source has reached out to representatives for Jill and Jim Bob Duggar for comment, via media requests on their respective websites.

The Duggar family has been subject to scrutiny and controversy over the last few months. The family’s oldest son Josh was found guilty of receiving and possessing child pornography in December 2021. Josh’s arrest in June 2021 led to the show Counting On being canceled by TLC.