HomeHollywoodJustin Bieber Seen In 1st Photos Since Face Was Paralyzed Arriving In...
Hollywood 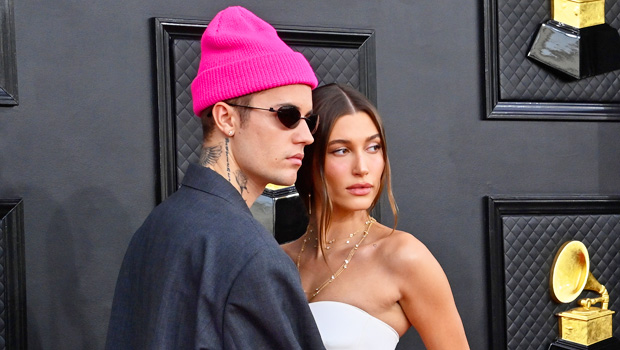 
Justin Bieber and his wife Hailey Baldwin clearly enjoy spending some quality time together! After a trip to the Bahamas, the lovebirds got off a jet in Los Angeles and stayed next to each other while traveling home.

This outing comes shortly after Justin announced that he has been affected by Ramsay Hunt Syndrome, leaving him completely unable to move one side of his face. “Obviously as you can probably see with my face. I have this syndrome called Ramsay Hunt syndrome and it is from this virus that attacks the nerves in my ear and my facial nerves and has caused my face to have paralysis,” he posted on his Instagram on June 10, 2022.

Justin Bieber & Hailey Baldwin: A Timeline Of Their Romance — PICS

“So for those who are frustrated by my cancellations of the next shows, I’m just physically, obviously not capable of doing them. This is pretty serious, as you can see. I wish this wasn’t the case, but obvious my body is telling me that I gotta slow down,” he added, explaining the cancellations of many shows made in his massive Justice World Tour.

“I gotta go get my rest on so I can get my face back to where it’s supposed to be,” he said before disclosing that he’s been doing facial exercises regularly to get his face back into its normal state. He then left the message on a hopeful note.

“Ramsay Hunt syndrome is a complication of shingles, caused by the same virus as chickenpox (VZV), that can lead to facial paralysis. The virus becomes reactivated after laying dormant for years and causes inflammation and irritation on the facial nerves. VZV is harmless unless it is reactivated and should this happen new symptoms will appear. The virus can be reactivated when the immune system is weakened, and less able to fight off infection. Stress is often a trigger,” The Daily Mail states.