HomeHollywoodKaley Cuoco’s Husbands: Everything To Know About Her 2 Spouses & Their...
Hollywood

Kaley Cuoco’s Husbands: Everything To Know About Her 2 Spouses & Their Marriages – Entrendz Showbizz 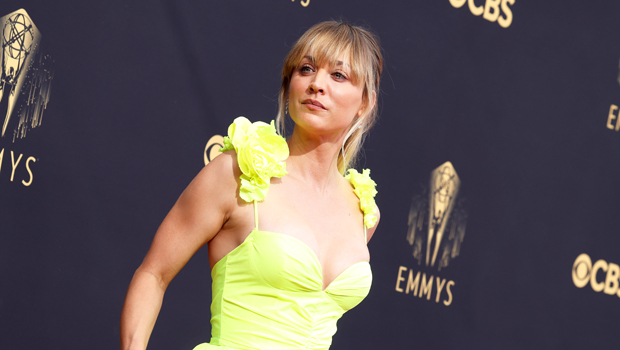 
Kaley Cuoco, 36, has been enormously successful as an actress, appearing in The Big Bang Theory, 8 Simple Rules, and The Flight Attendant. But she hasn’t been quite as lucky in her two marriages, having been divorced twice since 2016 — she was previously married to Ryan Sweeting, 34, for two and a half years, then to Karl Cook, 29, for three years. Learn more about the charismatic Charmed actress and her two former husbands below.

Nassau, Bahamas-born tennis pro Ryan had quite the whirlwind romance with Kaley — it started and ended rather quickly. The couple dated for only three months and got engaged just five days after their first red carpet appearance together in at the 2013 Emmy Awards. At the time, a source told Us Weekly that the actress had no qualms about her decision to tie the knot. “It’s only been three months but she knows Ryan is the one,” a source told Us. “When you know, you know.” And she was thrilled about the marriage, as the source added that  “[She’s] never felt this way. She knows this is it. And the ring is gorgeous!”

It was the first marriage for both, but it wasn’t meant to be, and they didn’t seem to have a lot in common, as Ryan is a Bahamas-born professional athlete, and Kaley is a Hollywood darling. Although they were married December 31, 2013, in Santa Susana, California, a split followed in short order. Kaley announced her decision to separate from the tennis star in September of 2015, and the divorce was finalized in May of 2016. Their divorce settlement almost overshadowed their short marriage, as Kaley managed to keep the $72 million she earned on The Big Bang Theory during the marriage, their mansion in Tarzana, California, and a beach house they shared in Malibu. Thanks to an iron-clad prenup, Ryan only got a one-time payment of $165,000, as well as a $200,000 bill to his personal trainers paid off. He did keep a permanent memento in the form of a giant “Kaley” tattoo on his forearm.

Kaley began dating the equestrian son of billionaire Scott Cook in 2016 and were sweetly engaged on Kaley’s 32nd birthday on November 30, 2017. They were married in June of 2018, but again her marriage fizzled, and the two had parted ways by September of 2021. A statement obtained by Our Source at the time assured fans that they were splitting with “respect” for each other. “Despite a deep love and respect for one another, we have realized that our current paths have taken us in opposite directions. We have both shared so much of our journey publicly so while we would prefer to keep this aspect of our personal life private, we wanted to be forthcoming in our truth together. There is no anger or animosity, quite the contrary,” the statement read. “We have made this decision together through an immense amount of respect and consideration for one another and request that you do the same in understanding that we will not be sharing any additional details or commenting further.”

While Kaley has an impressive career in Hollywood, Karl has some noteworthy accomplishments, too, including wins at the  2016 SmartPak Grand Prix and the UltrOz Jumper, according to E! News. Karl also likes working with wood, has a great sense of humor, and may well inherit a sizable chunk of his father’s nearly $2 billion fortune.

Elon Musk: 5 Things To Know About The Tesla CEO Who Just Bought Twitter