HomeHollywoodKanye West Says The ‘Family’s In Danger’ Because ‘Daddy’s Not Home’ On...
Hollywood 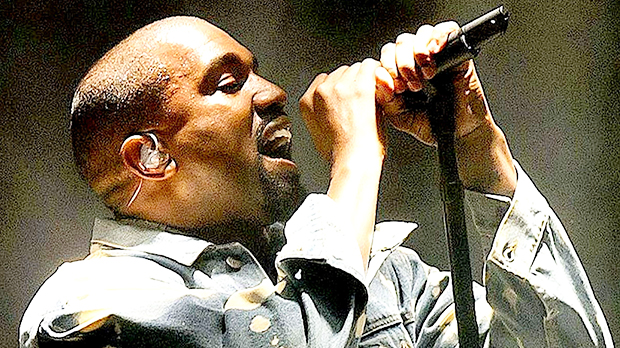 “I used to watch The Fresh Prince and pray the house would be mine / Coulda bought it, but I ain’t like the way the kitchen design,” raps Kanye “Ye” West towards the end of “Dreamin Of The Past,” one of the songs off of Pusha-T’s new album, It’s Almost Dry. Like most of Ye’s recent musical output, there’s a familial bent to his lyrics on this track. “Born in the manger, the son of a stranger,” he raps, per Genius. “When daddy’s not home, the family’s in danger (And my heart was beatin’ fast).”

Later in the album, Kanye, 44, returns on “Rock N Roll,” a song featuring the supposed last collaboration with Ye’s now-former BFF, Kid Cudi. “I showed up, then you arrived, I thought I could turn the tides /  How I make it through the Chi’, get to you, and almost die?” raps Ye, per Genius. “Finally tired of comin’ and goin’, make up your mind /I ain’t come to pick up the kids to pick a fight.”

Earlier in 2022, Ye caught some backlash over “Eazy,” his collaboration with The Game. Ye threatened to “beat Pete Davidson’s ass in the lyrics,” referring to Kim Kardashian’s new boyfriend. Ye took shots again at Pete, 28, in the two music videos for the track. In the stop-motion version, a figure buries a figure resembling Pete up to his head and grows roses around him. “EVERYONE LIVED HAPPILY EVER AFTER / EXCEPT SKETE YOU KNOW WHO / JK HE’S FINE,” Ye wrote at the end. In the second video, the skinless monkey from the single’s controversial artwork attacks “Skete.”

While Ye started the year with an explosion of social media posts about Kim, 41, and her new relationship, West has been quiet in the weeks since receiving a 24-hour ban from Instagram. Ye’s account was suspended after a racially-charged attack on Trevor Noah. That seemingly started a chain reaction: West pulled from performing at the 2022 Grammy Awards, walked away from headlining Coachella, and stepped away from the spotlight. Ye reportedly informed his ex-wife that he’s “not making any public appearances or inflammatory social media statements,” per Page Six, until he gets “better.”

(Jonathan Hordle/Shutterstock)Ye’s performances on It’s Almost Dry may not reflect his current state. Kid Cudi, 38, made it clear that though he appeared on “Rock N Roll” with Ye, the two are not close anymore. “So I know some of you heard about the song I got [with] Pusha. I did this song a year ago when I was still cool [with] Kanye. I am not cool [with] that man,” he tweeted. “He’s not my friend.” Cudi and West had a falling out because Kid is friends with Pete Davidson.