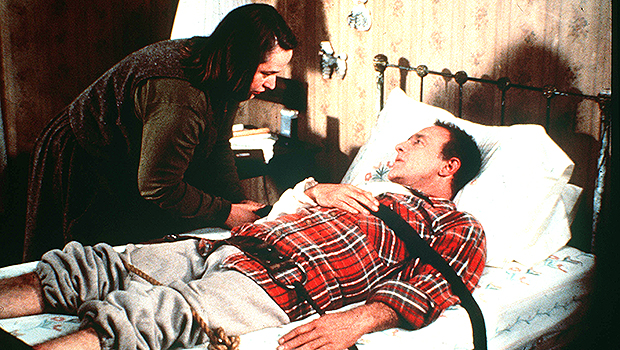 
Stephen King fans will remember vividly when the thriller Misery hit theaters in 1990. The Rob Reiner film featured Kathy Bates as an obsessive fan who holds an author captive and forces him to rewrite the finale to his book series. That author was played by the incomparable James Caan, who sadly passed away on July 6.

Following the news of his passing, Kathy shared her thoughts and love for her co-star who stood beside her in her Oscar-winning role. “I can’t believe Jimmy’s gone. Working with him on Misery was one of the most profound experiences of my career. When you watch his performance, his terror, it’s as though he’s watching a snake. Brilliant,” she said in an emailed statement to Our Source via her rep.

“So many memories flooding back today. Jimmy saying, ‘Let’s get the most hyper guy in Hollywood and make him stay in bed for 15 weeks,’” she recalled. “We were so excited when we got to shoot in the dining room. He was kind. Hilarious. He would have something insightfully funny to say right now. I’m bereft. Sending all my love to the Caan family,” Kathy ended her tribute.

Shortly after James’ family announced the news on his Twitter page, Rob Reiner sent his condolences and even put a bit of humor in his tribute. “I loved working with him,: he said in part, before giving his love to James’ loved ones left behind, which include his 5 children.

So sorry to hear the news. I loved working with him. And the only Jew I knew who could calf rope with the best of them. Love to the family.

Though he starred in countless movies and TV shows, his role in Misery is among the ones he’s best known for. Others include his explosive turn as Sonny Corleone in The Godfather and as a dying professional football player in the made-for-TV-movie Brian’s Song (which earned him Oscar and Emmy nominations, respectively). For the younger generation, he’ll surely be known best for his role in Elf, he played a children’s book publisher who turns out to be Buddy the Elf’s dad.