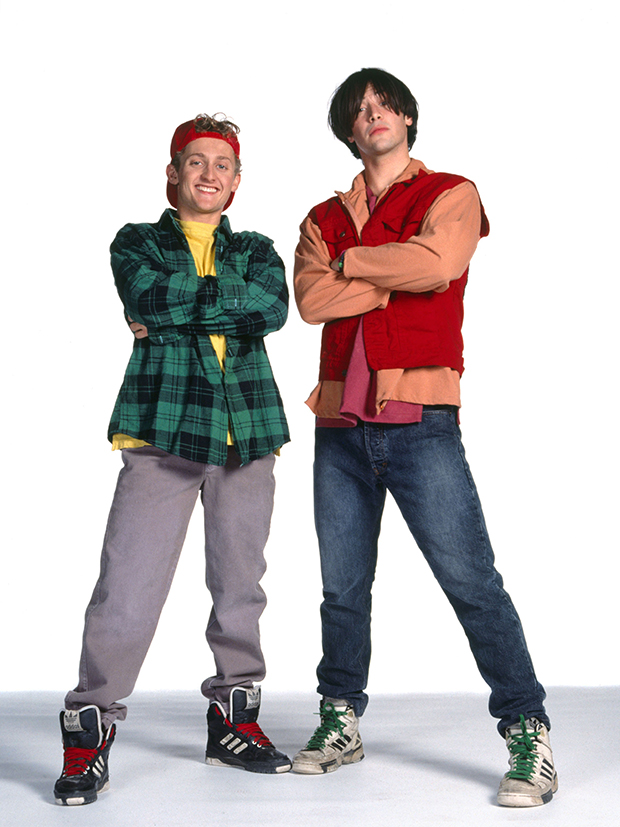 
‘Bill & Ted’ stars Keanu Reeves and Alex Winter’s latest adventure brought them to a cafe in Malibu. Then, they went for a motorcycle ride on the gorgeous coastline.

The adventure for Bill and Ted continues! Keanu Reeves and Alex Winter, the iconic time-traveling duo from the Bill & Ted movies, reunited in California on Wednesday, January 12. They grabbed coffee together at a cafe in Malibu, as seen in photos HERE, before they rode off on motorcycles across the Californian coastline to catch a glimpse of the gorgeous scenery.

Keanu, 57, and Alex, 56, were dressed quite differently from their goofy film characters for the afternoon outing. Keanu wore a black jacket and matching pants with brown boots. He wrapped a gray sweater around his neck and held what looked to be an ice coffee in one hand, and his motorcycle helmet in the other. The John Wick star looked very handsome, per usual, with his scruffy facial hair and fit physique.

Meanwhile, Alex had on a black shirt, denim jeans, and black boots. He also wore sunglasses to block out the bright California sun for the motorcycle ride. And like Keanu, he held a cup of coffee and his helmet in each of his hands as the duo left the cafe and headed to their vehicles. After that, they zoomed off for their next adventure together!

The epic duo first shared the big-screen together in 1989’s Bill & Ted‘s Excellent Adventure. They reunited for the sequel films Bill & Ted’s Bogus Journey in 1991, and revived the film series nearly three decades for Bill & Ted Face The Music, which came out in August 2020. The third movie also starred Samara Weaving and Brigette Lundy-Paine as Bill and Ted’s daughters, Thea Preston and Billie Logan.

In a 2020 interview with The New York Times, Alex and Keanu talked about their real-life close friendship. “I think of him as my brother,” Alex said about his co-star. Keanu added, “We enjoy each other’s company and our thoughts and takes on the world. When we come together, it’s like, ‘What are you thinking?’ ‘I don’t know, but this is kind of funny.’ ‘Yeah, that’s kind of weird, too.’ “