HomeHollywoodKelly Rizzo Reveals The Last Conversation She Had With Husband Bob Saget...
Hollywood 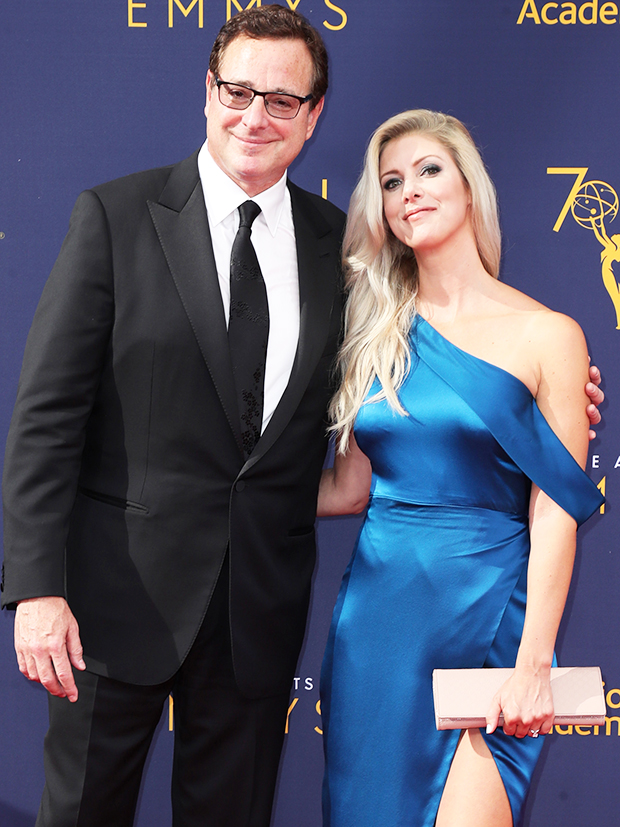 
Less than two weeks after Bob Saget’s death, his wife, Kelly Rizzo, appeared on the ‘Today’ Show to discuss the ‘tremendous’ support she’s received. She also revealed details from her last conversation with the actor.

The Today Show’s full interview with Bob Saget’s widow, Kelly Rizzo, aired during the 7:00 hour of the morning show on Jan. 20. Kelly broke down in tears as she opened up about Bob’s legacy and their life together. After saying that he was the “best man” she knew, Kelly revealed how special her last conversation with her last husband was. “I was just very grateful that it was all, ‘I love you so much,’” she explained. “I think I said, ‘I love you dearly,’ and he said, ‘I love you endlessly,’ and I said, ‘I can’t wait to see you tomorrow.’ It was just all love.”

Bob was at a hotel in Florida when he passed away at the age of 65 on Jan. 9. He was in the midst of a comedy tour and had wrapped up a show nearby the prior evening. “He was very happy and just thrilled to be out on the road,” Kelly recalled. “He’s also very sensitive, and the weight of everything going on in the world right now was weighing very heavily on him, and that’s why he felt more compelled than ever to make people laugh and bring people together. And he did it up until the very last moment.”

Kelly had nothing but amazing memories of her time with Bob, who she married in 2018. “He valued every single second that we had together,” Kelly said, through tears. “That’s why this is so heartbreaking. But at the same time, I know that every second that we had together was just maximized to the fullest and there was nothing left unsaid or nothing left on the table. Those are the things that I’m just trying to hold onto.”

Of course, it’s helped that Kelly has had an outpouring of support, not only from the public, but from Bob’s closest friends and family members. The actor’s funeral took place on Jan. 14, and was full of people who loved him. “The support has been the one silver lining from this — the incredible outpouring of love and support, not only form everybody that loved Bob, but also for me from his friends and family,” she admitted. “I don’t know how else I’d be getting through this right now.” Kelly did not share too many details from the funeral, but confirmed that she did eulogize her husband. “The whole thing, as painful as it was, was beautiful to be surrounded by so many people who loved him and loved each other,” she explained. “I can’t even verbalize that level of support. I’m so grateful for it.”

The level of support and love for Bob, though, is due to the way the Full House star treated others throughout his whole life and career. “He told everyone that he loved — and I mean, quite frankly, anyone he met and spent any time with — that he loved them endlessly and tirelessly,” Kelly revealed. “If you knew Bob, and he loved you, you knew it. There was never a doubt in your mind. At his memorial, there were a lot of people there, and every single person was pretty much like, ‘Oh, I talked to Bob last week.’ I’m like, how did he have time to talk to everybody and tell them that he loved them all the time!? It was just amazing.”

She added, “I’ve never seen anything like this. It’s unbelievable. Just the outpouring consensus, overall, of what an amazing person he was, whether people knew him or didn’t know him. One way or another, he was in your living room since the 80s or he went to his shows, whatever it is, he felt like he was everyone’s dear friend. Nobody will ever be like Bob.”