HomeHollywoodKevin Costner Is ‘Devastated’ Over Ray Liotta’s Passing At 67: ‘He Leaves...
Hollywood 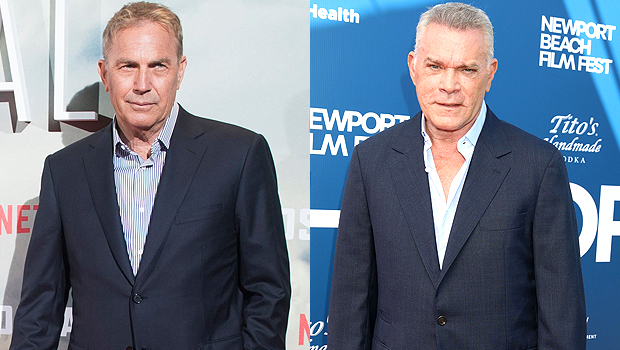 
Kevin Costner has joined the large list of celebrities mourning the death of Goodfellas actor Ray Liotta. “Devastated to hear the news of Ray Liotta’s passing. While he leaves an incredible legacy, he’ll always be ‘Shoeless Joe Jackson’ in my heart,” the 67-year-old Yellowstone actor tweeted alongside a clip of Ray playing the baseball star in 1987’s Field of Dreams. “What happened that moment in the film was real. God gave us that stunt. Now God has Ray.” In the clip, Ray hit the ball out of the park and into the field of corn that surrounded the stadium, impressing Costner’s character.

Devastated to hear the news of Ray Liotta’s passing. While he leaves an incredible legacy, he’ll always be “Shoeless Joe Jackson” in my heart. What happened that moment in the film was real. God gave us that stunt. Now God has Ray. pic.twitter.com/JQmk1PsuSK

Ray “passed away in his sleep” on May 26, his publicist, Jennifer Allen, told Our Source. He was in the Dominican Republic filming his latest project Dangerous Waters. His fiancée, Jacy Nittolo, was present when he died, according to Page Six. Ray left behind a daughter, Karsen, whom he shared with his ex-wife Michelle Grace, 53.

Several other celebrities took to social media to remember the Primetime Emmy-winning actor. Jennifer Lopez, 52, who co-starred with him in NBC’s Shades Of Blue, called Ray her “Partner in crime” in a heartfelt post on Instagram. “The first thing that comes to mind is he was so kind to my children. Ray was the epitome of a tough guy who was all mushy on the inside … I guess that’s what made him such a compelling actor to watch. The original Goodfella,” she sweetly wrote. Later on in the note, she called him “complicated, sincere, honest and so very emotional.” She added, “Like a raw nerve, he was so accessible and so in touch in his acting and I will always remember our time together fondly. We lost a great today … RIP RAY … it’s so sad to lose you what seems way to soon … I will remember you always.”

Ray Liotta A Life In Photos: Photos Of The ‘Goodfellas’ Actor Who Died At 67

Meanwhile, Jamie Lee Curtis, 63, also remembered Ray as a “gentle” being. “Ray Liotta has died. His work as an actor showed his complexity as a human being. A gentle man. So sad to hear,” she tweeted. Josh Brolin, 54, also remembered his “buddy” in a note shared on Instagram. “My buddy. My friend. How so soon? Why? I’ll miss you. I will think about seeing you at Gold’s often, talking about what to do next, how to find something together,” he began alongside a photo f the late actor. “I always looked up to you — the work was so good, but the man you were always stood out among the rest of them. Yes, I will miss you, pal. Until we meet again, wherever they say that is.” Actress Lorraine Bracco, 67, shared a photo of her with the Golden Globe nominee and expressed her disbelief that he is now gone. “I am utterly shattered to hear this terrible news about my Ray,” she said. “I can be anywhere in the world & people will come up & tell me their favorite movie is Goodfellas. Then they always ask what was the best part of making that movie. My response has always been the same…Ray Liotta.”

Ray began acting professionally in the late 1970s and was nominated for a Golden Globe for 1986’s Something Wild. He is known for starring in 1989’s Field of Dreams, 1990’s Goodfellas opposite Robert De Niro and Joe Pesci, and 2002’s Narc. He also made several guest appearances on popular television shows such as The Simpsons, Family Guy, Spongebob Squarepants, and Hannah Montana. He had several projects in progress at the time of his death.