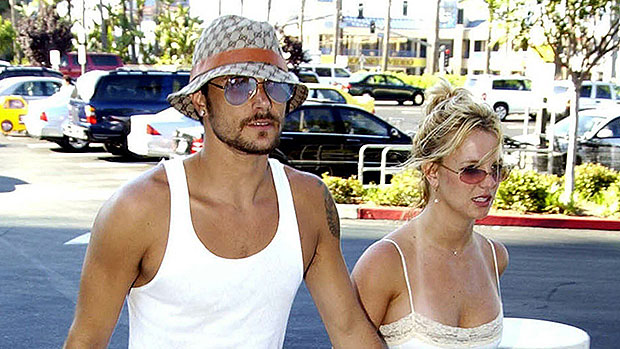 Kevin Federline is not too pleased about his ex-wife Britney Spears‘ recent Instagram post! After the “Gimme More” singer shared a now-deleted Instagram post claiming her ex wouldn’t see her when she was pregnant with his child, Kevin’s lawyer warned the pop princess about making such “erroneous” claims.

“She should be very careful about pursuing a dialogue that’s based on revisionist history,” Kevin’s attorney, Mark Vincent Kaplan, said in a recent video, obtained by TMZ. “That story about Kevin in Las Vegas and Britney is completely erroneous, and he’s not going to stand by and let that story besmirch what he did and his support of her back in the day.”

Kaplan went on the note that his client would not tolerate such accusations made by Britney, considering how he was always supportive of her through her conservatorship woes. “He will not support her in her pursuit of freedom from fact,” he stated. “When she starts talking about the way things were when Jayden and Preston were infants … that’s completely fabricated. Kevin is not going to let that stand by and let that be the portrayal of fact.”

Taking to Instagram on April 21, Brit opened up about her recently announced pregnancy in a since-deleted post, saying she doesn’t care for the nausea associated with it. As she discussed her “mean moods” she endured during her first two pregnancies with sons Jayden and Sean, she dropped a bomb, claiming her ex Kevin refused to see her while she was carrying his baby.

“I was mean as hell… it was beyond me… I think the thing that made people so uncomfortable was the fact I was unbelievably SILENT,” the “Toxic” singer began. “But geez my ex-husband wouldn’t see me when I flew to New York with a baby inside me and Las Vegas when he was shooting a video!!!” She went on to say she “played it off” by eating pickles and chewing on ice. “As the ice hit my tongue, I got a text saying ‘If you don’t divorce Kevin he will publicly do it to you.’ Since I hadn’t seen him in a while I already knew it was over…”

Britney officially filed for divorce from Kevin on November 7, 2006, two months after Brit gave birth to Jayden. The former couple welcomed on September 14, 2005, a year after they had surprise wedding in Los Angeles. Britney and Kevin now share custody of their teenage sons, with the “Me Against the Music” singer holding 30% and Kevin the majority at 70%.

Sholay title of iconic film, can’t be held to be devoid of protection as mark: Delhi HC – Entrendz Showbizz

Sholay title of iconic film, can’t be held to be devoid of protection as mark: Delhi HC – Entrendz Showbizz