HomeHollywoodKim Kardashian ‘Disgusted & Furious’ At Lawmakers After TX Shooting: ‘There Is...
Hollywood

Kim Kardashian ‘Disgusted & Furious’ At Lawmakers After TX Shooting: ‘There Is No Excuse’ Not To Do Something – Entrendz Showbizz 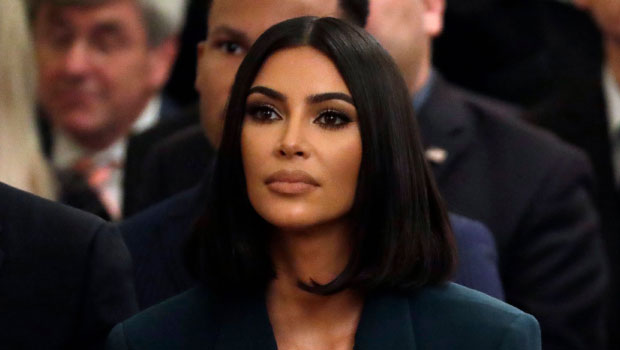 
Kim Kardashian, 41, is the latest celebrity to speak out about the May 24 school shooting in Uvalde, Texas. And the reality star/lawyer-in-training did not hold back, sharing her outrage on Twitter about the incident which left 19 young children and two adults dead. Kim recalled how she wrote an essay about gun control five years ago, and now, she’s “heartbroken, disgusted and furious” that lawmakers have done “little” to stop this problem.

Yesterday 19 children were murdered by an 18 year old, and I find myself heartbroken, disgusted and furious about how little has been done by law makers to enact gun laws that protect our children.

“There is no excuse and no justification for what happened yesterday,” Kim tweeted to her 75 million followers. “The current laws in our country around gun control are not protecting our children. We have to push law makers to enact laws that are fitting in today’s world.” The Kardashians star also said that assault weapons “should be banned, period,” as she pointed out that they didn’t exist when the Second Amendment was written.

Furthermore, Kim declared that the minimum legal age to buy a weapon, 18, should be increased. “There is no world in which an 18 year old needs a semi automatic weapon, or any weapon, and no world in which the outcome can be anything other than tragic,” she said. “As I even type these words I am seriously dumbfounded that this is something considered normal, acceptable and legal.”

Kim Kardashian Then & Now: A Look Back At The Star’s Evolution Through The Years

The legal age to purchase a firearm is also a serious issue and needs to be addressed and increased. The Parkland shooter, the Buffalo grocery store shooter, the Texas shooter yesterday, they were all under 21 and reportedly purchased weapons legally. These are teenagers.

The mother of four continued, “There is no question that mental health, racism, deep-seated hatred all play a role in the motivation for mass shootings in recent years. And at a community level, as parents, teachers, there is a lot that can be done to help teens and young adults that isn’t being done.” Kim said that lawmakers need to “control” access to guns in our country, writing, “We can’t accept this as normal anymore. It’s not normal for a teenager to kill children. It’s not normal for our kids to be practicing active shooter drills in schools. It’s not normal to be shot while shopping for groceries. I’m not numbed by it. I will never be numbed by it.”

To end her rant, Kim said she’s “urging our leaders to come together and put politics aside and put children first.” She also shared her blog post from 2017, where she shared a similar message about gun control and school safety. “Unfortunately it has not aged,” Kim admitted about the years-old essay.

Kim joins fellow celebs like Tim McGraw, Selena Gomez, Matthew McConaughey, and Halle Berry who have expressed their outrage over this latest mass shooting. An 18-year-old male shot and killed 21 people, 19 children and two adults, at a Texas elementary school. He was killed by law enforcement after using a handgun, and possibly a rifle, to enact the senseless crime.