HomeHollywoodKim Kardashian Dragged For Not Taking Bites Of Food In Beyond Meat...
Hollywood 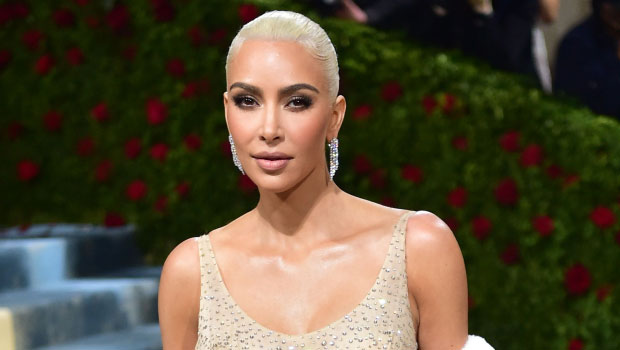 
Kim Kardashian’s debut as the new “Chief Taste Consultant” for Beyond Meat didn’t exactly go down easy with some fans. The reality star revealed she was partnering with the plant-based food company in a new ad (below) shared on Tuesday, May 24 — but eagle-eyed viewers ended up dragging her for not actually taking a bite of the product she was promoting!

“She ain’t eat nothing ina video or I’m tripping,” wrote one critic on her Instagram post of the clip, as another commented, “But you didn’t put anything in your mouth…are you really eating this? haha ha.” And one follower went so far as to reference Kim’s admission of using an extreme diet to fit into her Met Gala gown, posting, “I don’t believe you ate any of that miss starvation.”

In the video, Kim is served an assortment of meals created with Beyond Meat products. “I believe so much in the mission of Beyond Meat that I’ve stepped in to help with my greatest asset – my taste,” the superstar explains. After plant-based burgers, meatballs tacos and nuggets are paraded out, Kim is seen chewing with her mouth full in cut after cut of the video. However, there is no cut of her chomping down on any Beyond Meat. That didn’t stop Kim from exclaiming “So good!” and fist pumping the chef, though.

While the naysayers continued to bash the non-existent bites in the comments section, Kim found support in those who were pleased to see such a huge A-lister bringing awareness to meat alternatives. “To have [Kim] encouraging her 300 million-plus followers to eat plant-based is simply a win for animals and the environment no matter how you view it,” shared one fan on Instagram. “None of us – and I do mean none of us – have that type of influence and access to that many people globally on none of our social media platforms like she does.”

Kim’s influence appears to be exactly what Beyond Meat was hoping for by adding her to their list of celebrity ambassadors, which includes Shay Mitchell, Kevin Hart, and Snoop Dogg. “As an icon synonymous with impeccable taste in food, fashion, beauty and more, Kim will highlight the brand’s delicious, nutritious and sustainable product portfolio with her signature recipes and engaging creative content,” the company said in a statement on their website.

Co-signing Beyond Meat on their statement, Kim added, “As my fans know, my fridge and freezer are fully stocked with Beyond Meat’s products and I’m so thrilled to be featured in the campaign as its Chief Taste Consultant to inspire people to include Beyond Meat in their diets.”

Bite or not, it appears the partnership has all the right ingredients, as the ad has over a million likes on Kim’s Instagram so far.