HomeHollywoodKyle Richards Claps Back After Backlash For Laughing At Erika Jayne Cursing...
Hollywood 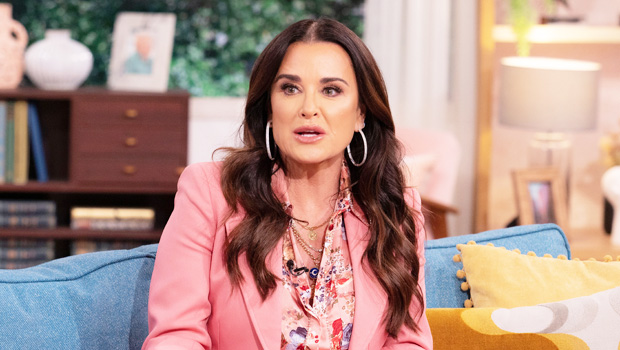 
Kyle Richards, Dorit Kemsley, and Erika Jayne are all taking heat from fans of The Real Housewives of Beverly Hills. Bravo released a sneak peek of the July 6 episode which shows Erika, 50, drunkenly cursing at Garcelle Beauvais‘ 14-year-old son Jax at Garcelle’s birthday party. In a second sneak peek, Kyle, 53, and Dorit, 45, laugh off the incident (which Dorit was present for) with their husbands, Mauricio and PK. Fans slammed Erika for her behavior at the party and criticized Kyle and Dorit for their response to the incident. Kyle eventually defended herself in the comments section of the fan account QueensofBravo‘s post.

“I was laughing about a friend’s drunken, ridiculous behavior,” Kyle wrote, in reference to Erika. “NOT about disrespecting someone’s child. I think you know me better than that by now. I wasn’t even there to see this and only heard about Erika and what she had said later,” she added.

Kyle also addressed the backlash in an interview with Metro, saying, “I didn’t even see Erika say that, I was told the next day. I was laughing at a friend’s drunken behavior as one does sometimes. Nothing to do with disrespecting anyone’s child especially. I’m a mom of four daughters. I think if I had obviously seen it – because I only saw it actually last night on Instagram, that clip – I would have a different reaction. But when you hear a story like that, you’re like, ‘Oh my God!’ I laugh sometimes at the wrong moments, but it wasn’t about Garcelle and her son, it was about Erika.” Kyle also said that she plans to text Garcelle and apologize.

Garcelle appears to be very upset about her co-stars’ reactions to Erika’s behavior. She was asked about Kyle and Dorit’s conversation with their husbands by a fan who shared the sneak peek on Twitter.  “Nope never saw this scene until now,” Garcelle tweeted in response, alongside an angry emoji. She later shared “an appreciation post” on social media to Jax, his twin brother Jaid, and his older brother Oliver, 31, who was hit on by Erika at the party.

“This is an appreciation post for my sons Oliver, Jax, & Jaid,” Garcelle wrote alongside a photo of her three sons. “You boys make me so proud… you are loving, kind, and respectful. You show respect to people even when they don’t deserve it. Respect is a reflection of your character, not theirs.”

Kyle Richards’ Husband: All About Mauricio Umansky & Her Past Marriage