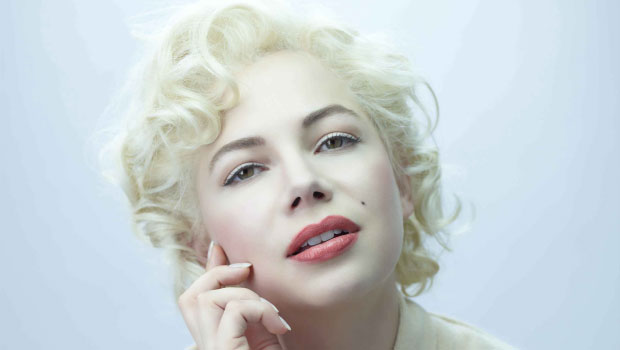 
Marilyn Monroe is one of the most beloved, iconic, and mythologized stars of the 21st century. From getting her start in All About Eve to stealing the show of Gentleman Prefer Blondes to having a somber, yet mystifying swan song in The Misfits, Marilyn lives on in our collective consciousness with indelible sparkle.

Because of our cultural obsession with the star, numerous TV shows, movies, made-for-tv movies, and more have been created in her honor. Here we breakdown some of the various actresses who have portrayed the icon, from Susan Griffiths to Michelle Williams to now Ana de Armas, and more.

Tracey Gold was known for her role on the popular 1980s sitcom Growing Pains, but before she made her mark there, she played a young Norma Jean in the TV movie Marilyn: The Untold Story. She was accompanied by actress Catherine Hicks who played the grown up Marilyn for the 1980 biopic.

Marilyn’s utterly iconic “Diamonds Are a Girl’s Best Friend” number in the 1953 musical film Gentlemen Prefer Blondes was perfectly impersonated by Madonna‘s 1984 music video for “Material Girl.” The video took all its cues from the original routine, with Madonna decked out in the same pink gown and matching pink gloves, running through a similarly choreographed dance with men in tailored suits tending to the queen of pop. Although Madonna was only giving an homage to the famous actress, she did an epic job while doing so!

Paula Lane starred in the 1989 flick Goodnight, Sweet Marilyn, which was a follow-up film to 1976’s Goodnight, Norma Jean. The movie was directed by Larry Buchanan and also starred Misty Rowe, who portrayed before-she-was-famous Norma Jean in the 1976 movie.

Marilyn Monroe’s Spouses: Everything To Know About Her 3 Marriages

Actress Susan Griffiths starred in the 1991 TV movie Marilyn & Me, but her portrayal of the famous icon went far beyond that one project. Per the Daily Mail, Susan made over $4 million from the numerous occasions where she impersonated Marilyn, also acting in Quantum Leap (1994), Timecop (1994), Pulp Fiction (1997), Dark Skies (1997), and more.

“People always told me I looked like Marilyn,” Susan told the Los Angeles Times in an early ’90s interview. “At first it took a lot of practice to get Marilyn’s mannerisms right, especially her breathy voice, which was the hardest. I spent hours poring over her movies and practicing. Now everything is just second nature.” In addition to films, the actress has also appeared as Marilyn in several ads, on magazine covers, and more.

Princess of the ’90s Mira Sorvino portrayed Marilyn in Norma Jean & Marilyn (1996), a made-for-TV biographical film. Based on the 1989 book Norma Jean: My Secret Life With Marilyn Monroe, Mira was also joined by actress Ashley Judd who played Marilyn’s younger self, Norma Jean. The TV movie was nominated for five Emmys, including two for both lead actresses.

Barbara Niven played the screen goddess in 1998’s Rat Pack, an HBO made-for-tv movie. Barbara portrayed Marilyn within the “Rat Pack” scene of the ’50s and ’60s, joined by Ray Liotta as Frank Sinatra, Joe Mantegna as Dean Martin, Don Cheadle as Sammy David Jr., and Angus Macfayden as Peter Lawford. Sinatra introduces Marilyn to John F. Kennedy — a mystified and storied match in history — and the movie shows the actress starting to see the politician behind the back of her then-husband, baseball star Joe DiMaggio.

Three actresses, Uma Thurman, Katharine McPhee, and Megan Hilty, each took their turn as the legendary star in 2012’s TV series Smash. The show, which lasted for two seasons, was about the staging of the fictional Marilyn Monroe musical called Bombshell.

Michelle Williams mastered the breathy, ethereal Marilyn in the 2011 film My Week With Marilyn which told the story of a very special week in time while Marilyn was making the 1957 movie The Prince and the Showgirl. The story also featured Eddie Redmayne as the naïve but ambitious Colin Clarke, who worked as a production assistant on the Laurence Olivier-produced picture. Clarke was tasked to assist Marilyn on the London production while her husband at the time, playwright Arthur Miller, was back in the states. The two inevitably shared an intimate relationship.

Both Michelle and Kenneth Branagh (who played Olivier) received Academy Awards nominations for their roles and the film was critically acclaimed, also grossing $35 million worldwide.

Ana de Armas is the latest actress set to take on the role of Marilyn in the adaptation of author Joyce Carol Oats‘ 2000 historical novel Blonde, which chronicles the imagined inner life of the epic star. Ana recently told the Sunday Times about the “hard” work it took to step into the late actresses’ shoes for the role, working to perfect her signature breathy voice.

“I tried!” the Knives Out actress told the outlet. “It only took me nine months of dialect coaching, and practicing, and some ADR sessions. It was a big torture, so exhausting. My brain was fried.”