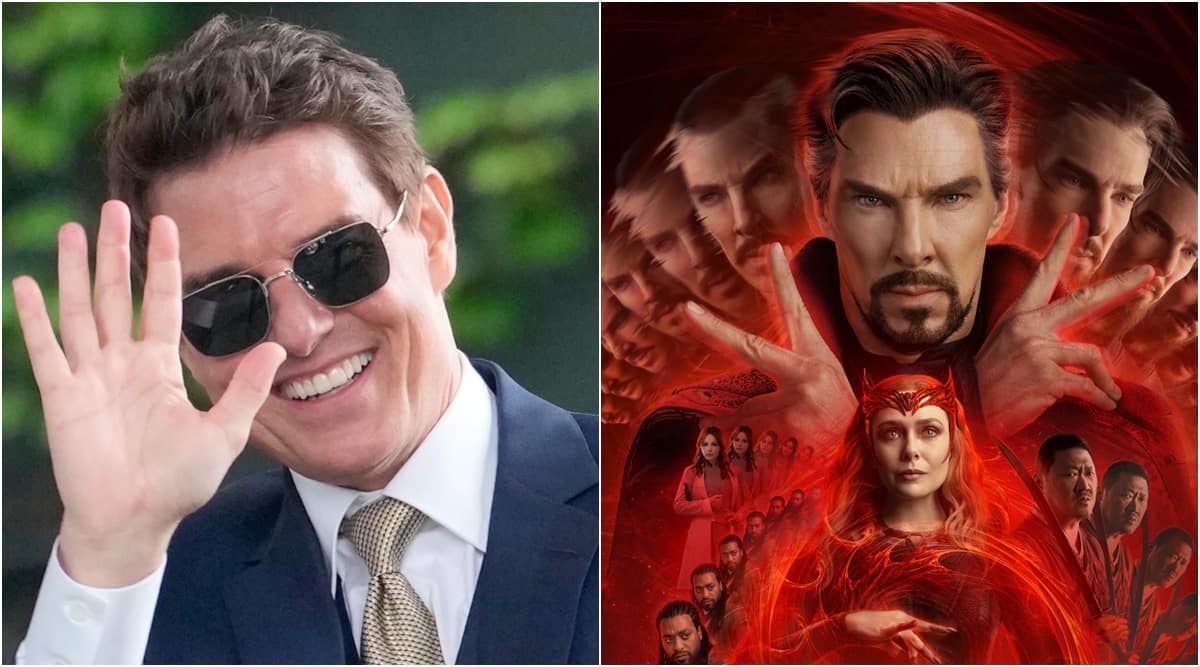 Marvel Studios is known for keeping its plot secrets safe till the film’s release. And its latest Doctor Strange in the Multiverse of Madness was no different. With the opening up of multiverse and its adverse impact on the MCU timeline being at the centre of things, much was expected to unfold in the superhero movie, including several characters travelling across universes. One such expectation was the Superior Iron Man and the rumoured appearance of actor Tom Cruise playing the part.

Now, that the Benedict Cumberbatch-Elizabeth Olsen starrer is out, we have our doubts cleared.
- Advertisement -

Much like Spider-Man: No Way Home, that opened doors for the three iterations of the web-slinging superhero (Tobey Maguire, Andrew Garfield and Tom Holland), fans expected different variants of Doctor Strange to come around (Defender Strange, Sinister Strange, Zombie Strange and Strange Supreme). We also got Patrick Stewart returning as Charles Xavier or Professor X from the X-Men movies, along with the Illuminati comprising of Mordo Supreme, Black Bolt, Captain Marvel, Captain Carter and Reed Richards.

Prior to the release, there were high hopes from Superior Iron Man too. That’s because of the appearance of a mysterious character in the film’s trailers that travels like a beam of light in a face off against Wanda. Fans were quick to call him Tom Cruise‘s Superior Iron Man.
Fans speculated that this particular shot was of Tom Cruise as Superior Iron Man, in the film’s trailer. (Photo: Marvel Studios)
But, now that we know it was Lashana Lynch as Captain Marvel, and not Tom’s Iron Man, screenwriter Michael Waldron opened up about the fan theories and rumours. He told Rolling Stone, “Yeah, that was totally made up. I mean there’s no cut footage of Tom Cruise! But I love Tom Cruise, and I said to (Marvel Studios president) Kevin (Feige) at one point, I was like, Could we get Tom Cruise’s Iron Man? I remember reading about that in Ain’t It Cool News back in the day, that Tom Cruise was going to be Iron Man.”

For the unversed, Tom Cruise was in the running to play Tony Stark during the casting of Iron Man (2008). This was even before Robert Downey Jr. was zeroed down. So, if Tom had actually donned the Iron suit, it would’ve been an emotional throwback for fans from Marvel’s inception days. According to the comics, Superior Iron Man is an evil version of the Iron Man that we saw RDJ donning.

Michael Waldron further revealed that Tom Cruise was indeed being considered, but things did not fall in place due to the actor’s “availability.” He said it would’ve been “cool” to have Tom in Doctor Strange 2, but “he was shooting Mission Impossible 7 and 8”. According to Rolling Stone, Michael said “bringing Cruise in was considered, but ultimately never happened because of availability”.

With America Chavez entering MCU, getting the alternate version of Iron Man in future Marvel films, doesn’t seem a far-flung dream now. Essayed by actor Xochitl Gomez, America Chavez is a teenage superhero who can travel between different dimensions on a whim, by punching open doorways.

Abhay Deol on claims of being difficult to work with, lazy: ‘Dibakar Banerjee told me negative stories will be deliberately printed’ – Entrendz Showbizz

Abhay Deol on claims of being difficult to work with, lazy: ‘Dibakar Banerjee told me negative stories will be deliberately printed’ – Entrendz Showbizz