HomeHollywoodMaster of Disguise: Why the Shell Has the Turtle Club Scene Endured?
Hollywood

Master of Disguise: Why the Shell Has the Turtle Club Scene Endured? 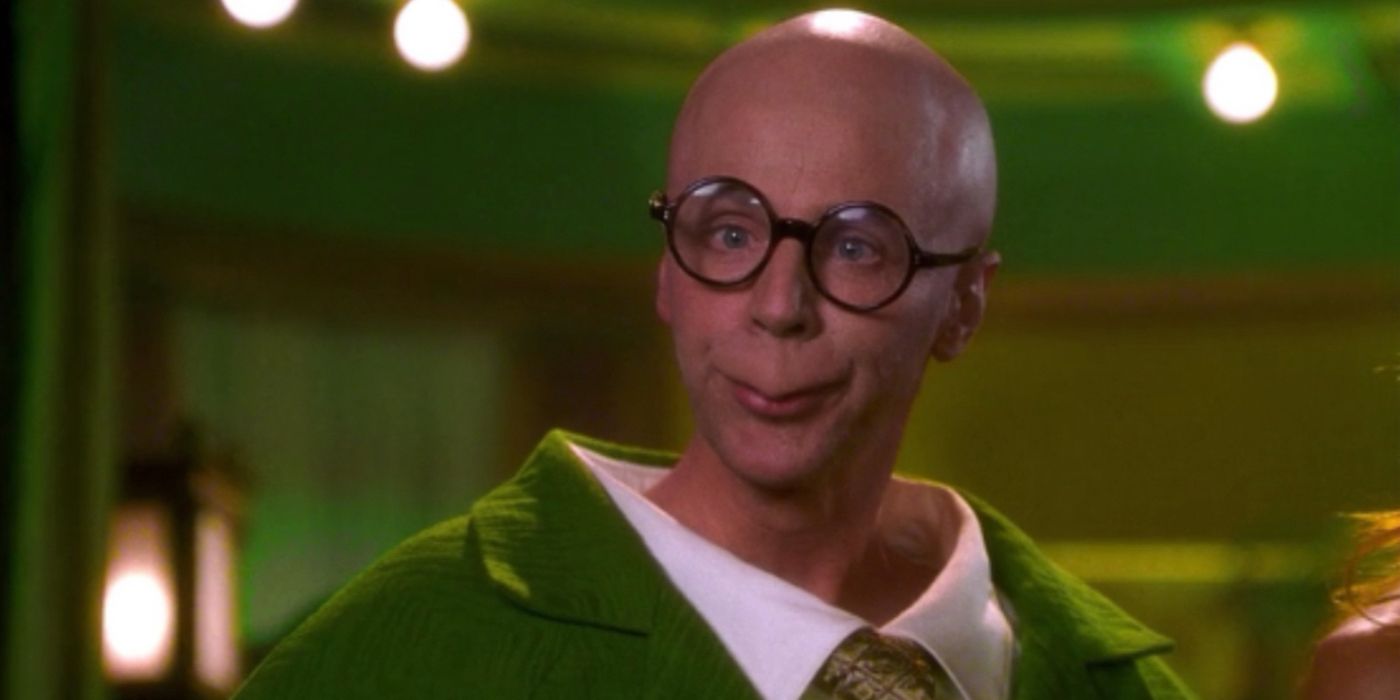 The Master of Disguise is not a good movie.

While some films that get negative reviews in their initial theatrical release emerge as diamonds in the rough over time, The Master of Disguise is just as dismal today as it was in 2002. Even by the standards of an early 2000s Happy Madison comedy, The Master of Disguise plays things too broadly. The half-hearted premise of the feature is stretched so thin that the credits begin to roll before it even crosses the 70-minute mark. But, despite the barrage of criticisms one could lob at this title, there is one set piece of The Master of Disguise that has managed to endure in the pop culture consciousness.

Said set piece involves Pistachio Disguisey (Dana Carvey) dressing up as a humanoid turtle to make it into a private location known as the Turtle Club. While trying to get his way in, he talks in a high-pitched voice, constantly asks if he’s “turtley enough for the Turtle Club”, and even retreats into his “shell.” Though it may sound like a disposable gag on paper, this outfit has managed to stick around for decades after The Master of Disguise’s release to become a fixture of GIFs, memes, and other forms of online communication. The question then becomes…why? Why has anything from The Master of Disguise, let alone this Turtle Club patron, managed to stick around in the minds of moviegoers?

RELATED: 30 Years Later: Why ‘Wayne’s World’ Was Such a Hit

To understand this, one has to fully appreciate what kind of disguises The Master of Disguise constantly throws at the viewer. The majority of Disguisey’s outfits are either totally generic (like dressing up as a bush), harmful stereotypes (like putting on Brownface to portray a man hailing from India), or imitations of movie characters that Disguise’s target demo of very young children would be unfamiliar with (like Tony Montana from Scarface or Quint from Jaws). If you’re a kid watching this movie, you’re not going to be bowled over by Dana Carvey pretending to be a plant, and you’ll probably be more confused than anything else by a lengthy George W. Bush imitation.

But the Turtle Club man was something much more singular. This wasn’t a pastiche of a character from another movie nor ripping a figure from then-current news headlines. The Turtle Club man belonged to The Master of Disguise and The Master of Disguise alone. Thus, it also belonged to the viewers who watched the movie in their youth, who could latch onto this particular disguise with some sense of ownership. Lots of movies in the early 2000s had Bush impressions. Only one had the Turtle Club man. Being an idiosyncratic disguise in a movie full of derivative or forgettable impressions, not to mention being something viewers could claim as their own, no doubt helped this Master of Disguise figure stand out.


It doesn’t hurt the longevity of the Turtle Club scene from The Master of Disguise that it is also now often brought up in the world of online political discourse. Former Senate Majority Leader Mitch McConnell has often had his physique compared to a turtle, but almost nearly as ubiquitous are articles or memes that invoke the Turtle Club disguise to drive this home. Given the dearth of other notable comical-looking humanoid turtles in mainstream pop culture, it’s no surprise that this particular disguise worn by Disguisey has become such a go-to tool for insulting McConnell. The usefulness of this disguise in this context doesn’t just reinforce the enduring nature of the Turtle Club attire. It also functions as a testament to how malleable it is. It’s just as useful for political-based mockery as it is for entertaining children.


But undoubtedly helping the reputation of the Turtle Club scene is an urban legend tied to one of the great American tragedies of the 21st century. For years, a rumor persisted online that the Turtle Club scene was shot on September 11, 2001. As the story goes, Dana Carvey was already dressed up in the goofy get-up when news of the planes hitting the Twin Towers spread across the Master of Disguise set. While the shoot proceeded for the day, there was allegedly a moment of silence held for the victims of 9/11 before the cameras started rolling. Admittedly, despite the horrific circumstances informing such a story, the image of Dana Carvey dressed like the Turtle Club man trying to be serious about 9/11 is undeniably humorous.

This story has become one of the few ways Master of Disguise has stuck around in the pop culture consciousness since its release. The tale has been referenced on websites as high-profile as Buzzfeed and an episode of the My Brother, My Brother, and Me podcast, not to mention having spawned T-shirts commemorating this fun fact. The dissonance between the ridiculousness of the Turtle Club sequence and the unfathomable horrors of grappling with the immediate aftermath of 9/11 is so darkly comical that it’s injected a whole new lease on life into The Master of Disguise.


Tragically, the film’s director, Perry Andelin Blake, confirmed to Defector that this never happened. The Master of Disguise didn’t start filming until two weeks after 9/11 happened. A moment of silence for the victims of 9/11 was held on the first day of shooting, which did focus on the Turtle Club scene, but this was a far cry from the story that had spread like wildfire across the internet. However, myths often become more famous than fact, and in the case of The Master of Disguise, the realities of how 9/11 impacted the production will doubtlessly be overshadowed forevermore by this fictionalized Turtle Club account.

No moment in the history of movies becomes famous without a little help from outside sources, for good or for ill. It’s doubtful that Gone with the Wind’s “Frankly my dear, I don’t give a damn” would have been nearly as momentous if it had occurred in an era where profanity in American cinema was excessively constrained. Similarly, would “Here’s looking at you, kid” resonate so deeply with moviegoers if it didn’t come out in the heart of World War II, where the temporary nature of people’s relationship with one another was more apparent than ever?


Even referencing such iconic cinematic moments in the context of an essay about The Master of Disguise should be enough to get me barred from ever walking into a movie theater again. However, if even those classic pieces of cinema had the response to their most unforgettable moments molded by external forces, then it should be no surprise that the sole memorable sequence in The Master of Disguise has also had its reputation shaped by the whims of greater entities. Comparing it to the shabbiness of the other disguises in the movie, not to mention its usefulness in modern political discourse and that 9/11 urban legend, has helped to rocket the Turtle Club sequence to greater notoriety than anyone on The Master of Disguise cast or crew could’ve imagined.

Decades later, the Turtle Club scene has become the sole way The Master of Disguise has endured in the minds of moviegoers and the general populace in the modern world. That doesn’t erase the terrible movie this set piece inhabits. But producing one memorable visual is still a shell of a lot more than other comedies in the vein of The Master of Disguise can attest to accomplishing.