HomeHollywoodMaxwell: 5 Things To Know About Hit R&B Singer-Songwriter From The ‘90s...
Hollywood

Maxwell: 5 Things To Know About Hit R&B Singer-Songwriter From The ‘90s – Entrendz Showbizz 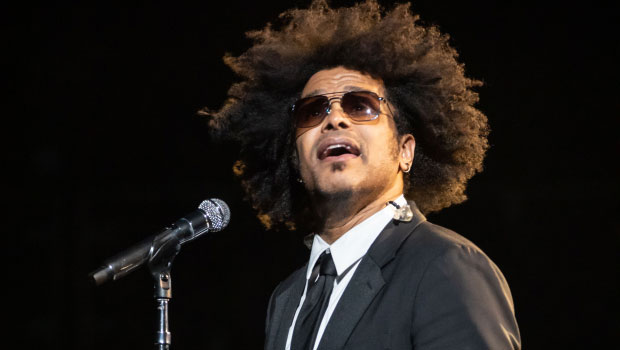 
Maxwell, 48, is getting ready to put on a performance at the Las Vegas’ MGM Grand Garden Arena for the 2022 Billboard Music Awards on May 15, 32 years after he first started in the music business. The R&B singer will be among many other high-profile performers, including Florence + the Machine, Silk Sonic, and Morgan Wallen, during the epic awards show, proving he’s still making an impact with his music. As we anticipate hearing the soothing voice of the longtime star, we’re looking back at his history and how he came to be where he is today.

Find out more about Maxwell below!

Maxwell is known as one of the creators of the ‘neo soul’ movement.

Neo soul, which is a genre of popular music that derives from soul and contemporary R&B, started in the 1980s/early 1990s in the United States and the United Kingdom. It was a soul revival movement and Maxwell as well as other artists such as Lauryn Hill, D’Angelo, and Erykah Badu, were the first to gain breakthrough commercial success in the type of music. Their style of music was considered an alternative to the producer-driven digitally approached R&B at the time.

Lauryn Hill — Photos Of The Singer & Her Family

Maxwell, who was born to a Haitian mother and Puerto Rican father in Brooklyn, NY, released Maxwell’s Urban Hang Suite after getting a record deal that was obtained from years of working hard and performing in the New York City club scene. The album was a commercial success and led to many more.

Maxwell has won three Grammy Awards as of 2022. One was for Best Male R&B Vocal Performance for “Pretty Wings” in 2010. His other two were won in 2017 and included Best R&B song for “Lake by the Ocean” and Best R&B Album for BLACKsummers’night.

He once worked at Pizza Hut.

“My first job was as a dishwasher at Pizza Hut,” Maxwell told Us Weekly in a special article that featured little known facts about him through the years. He also revealed other interesting facts like how he collects art and is a big fan of Carmelo Anthony and the New York Knicks.

He cancelled tour dates due to vocal hemorrhaging.

The songwriter suffered from vocal swelling and hemorrhaging that caused him to have cancel concerts on a U.S. tour in 2012. “I know this sucks but after many months of recording I’ve temporarily damaged my voice,” he said in a statement at the time. “I’ve had issues before during other tours but was able to power through.”

He reportedly ended up having vocal surgery to treat the edema, which tends to affect a lot of singers.