HomeHollywoodMeat Loaf’s Wife: All About His Relationship With Deborah Gillespie & Past...
Hollywood

Meat Loaf’s Wife: All About His Relationship With Deborah Gillespie & Past Marriage – Entrendz Showbizz 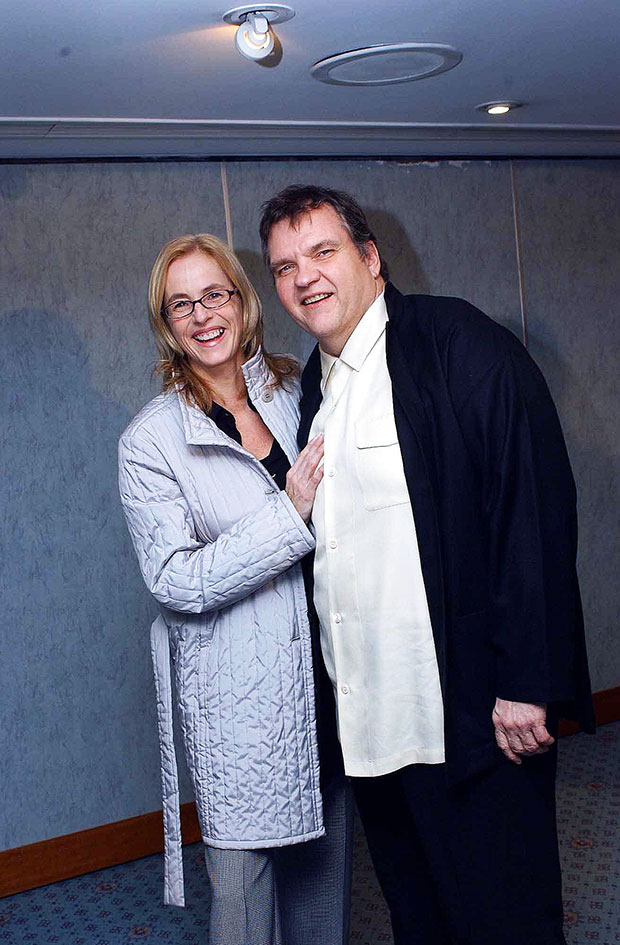 
To the world, he was Meat Loaf, but to Deborah Gillespie, he was known as a devoted husband. Learn about Meat Life’s wife and his previous marriage with Leslie Edmonds.

“Our hearts are broken to announce the incomparable Meat Loaf passed away tonight,” the family of the 74-year-old rocker wrote in a message posted to Meat Loaf’s official Facebook page. Meat Loaf (Michael Aday, fka Marvin Aday) passed on January 20, surrounded by his two daughters, his close friends, and his wife of nearly 15 years, Deborah Gillespie. “We know how much he meant to so many of you, and we truly appreciate all of the love and support as we move through this time of grief in losing such an inspiring artist and beautiful man,” the message read.

Meat Loaf’s family thanks fans for “understanding of our need for privacy at this time.” While Meat Loaf lived the past six decades in the spotlight – recording songs like “Two Out Of Three Ain’t Bad,” “Paradise by the Dashboard Light,” and “I’d Do Anything For Love (But I Won’t Do That)” and acting in films like Fight Club and The Rocky Horror Picture Show – he kept his private life far from the glitz and glam of Hollywood. Here’s what we know about Meat Loaf’s wife, Deborah, and his past relationship with his ex-wife, Leslie Edmonds. ‘

Deborah Gillespie married Meat Loaf in 2007 and remained by his side until his death. The two appeared together in public before their nuptials, attending the 2006 American Music Awards together, per Newsweek. Deborah was also Meat Loaf’s date to the season 4 finale of The Celebrity Apprentice at Trump SoHo in 2011. She also appeared in two of Meat Loaf’s concert films” Meat Loaf: Live with the Melbourne Symphony Orchestra (2004) and Meat Loaf: In Search of Paradise (2007), per IMDB.

Details about how Meat Loaf and Deborah met are scant, though it’s reported that the two split their time between Los Angeles and Meat Loaf’s home state of Texas.

When Bat Out Of Hell celebrated its 40th anniversary in 2017, the album’s producer, Todd Rundgren, spoke to Billboard about making the album that would define Meat Loaf’s career. However, Todd shared a memory that gave insight into Meat Loaf’s approach to love. “One of the things I look most fondly on is unrelated actually to the record. It was Meat Loaf proposing to his wife. We were up in Bearsville, there was a secretary at Bearsville Records, Leslie, and Meat Loaf kind of fell for her,” said Rundgren. “I remember when he kind of like did his first big move on her. We were in the Bear Cafe, and he had a package that he had brought up from New York and presented it to her, and it was a giant whole salmon. And it was as if a bear had proposed to his mate. Instead of a ring, a salmon.”

The proposal worked because the two got married – Insider and the BBC report it was in 1978, while The Guardian reported they were wed in 1979. Pearl Aday, Leslie’s daughter from a previous marriage, told Gold Mine magazine in 2016, “We like to say that my mom and I married my dad in 1979 and thus began our marriage with hard rock and grand stage production, theatrics, and bombast.”

“They got married in my house,” said Rundgren, who noted that the priest who married Leslie and Meat Loaf was so old that he couldn’t tell them apart. “So he looked at Leslie and said, ‘Do you Marvin, take Leslie as your lawful wedded wife?’ The guy next to him had to whisper everything into his ear. It was such a sight.”

The marriage lasted until 2001. During that time, Meat Loaf and Leslie would start a family. Pearl followed her adoptive father’s footsteps into the music business. She fronts her own band, sang backing vocals with her father, and married Scott Ian of Anthrax.

Meat Loaf and Leslie welcomed a daughter, Amanda Lee Aday, in 1981. Amanda is an actress, best known for her role as Dora Mae Dreifuss in Carnivàle. Both Amanda and Pearl were by their father’s side when he passed.