HomeHollywoodMelissa Joan Hart’s Siblings: Everything To Know About Her Brother & 3...
Hollywood

Melissa Joan Hart’s Siblings: Everything To Know About Her Brother & 3 Sisters – Entrendz Showbizz 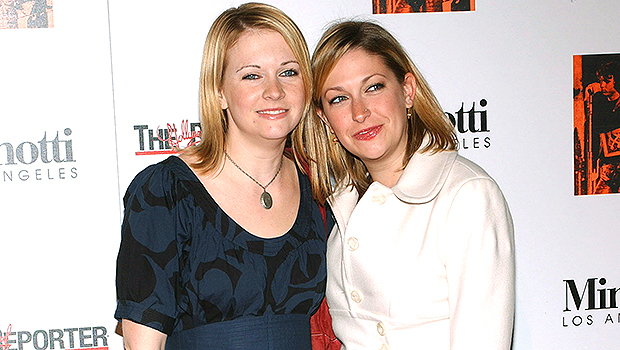 
Melissa Joan Hart isn’t the only actor in her family. The 46-year-old, who is best known for her roles in Sabrina the Teenage Witch and Melissa & Joey, has three sisters, Trisha, Elizabeth, and Emily, and one brother, Brian, who have all been actors by profession at one point or another in their careers. Melissa is the eldest of the five siblings, who are the children of producer/talent manager Paula Hart and entrepreneur William Hart. Melissa fell in love with acting at a young age, and her four siblings followed in her footsteps. Here’s everything you need to know about Melissa’s siblings.

Trisha Hart, 43, was born on May 29, 1978, making her the second-oldest sibling after Melissa. Trisha grew up in Long Island and attended college at Ohio State University. Trisha created the for the 1998 TV film Silencing Mary, which starred her sister Melissa as a college newspaper reporter seeking justice after her best friend is raped, according to her iMDB. Trisha was credited as a co-producer on the project, alongside her mother Paula’s production company, Hartbreak Films. Trisha briefly appeared in an episode of Sabrina the Teenage Witch in 1996 and was on Celebrity Family Feud in 2008. She stopped working in Hollywood and began her career as a middle school math teacher in Manhattan in 2013. Trisha is married to Josue Portillo and they have one child together, 5-year-old Ariana.

Elizabeth Hart, 41, was born on September 25, 1980. Elizabeth made a few appearances in Sabrina the Teenage Witch as a minor character named Emma. She also appeared in the 1997 TV film The Right Connections with all her siblings, sans Trisha, and made a cameo in her sister Melissa and Adrian Grenier‘s 1999 rom-com Drive Me Crazy. Her latest acting role was in the 2014 TV movie The Santa Con. Elizabeth has been married to Warren Savage since May 2003 and they have two sons, Christoper and Jonathan. Both boys had brief appearances in The Santa Con with their mom.

Brian Hart, 37, was born on May 19, 1984. He is the sole boy of the five Hart siblings. Brian’s only acting credits are The Right Connections, where he played Chase Tompkins, and The Santa Con, where he played a police officer. The entire cast of The Right Connections (Brian, Melissa, Elizabeth, and Emily) all received the Young Artist Award for Best Performance in a TV Movie or Feature Film in 1998. Brian got married to Giovanna Augello in September 2015 and they have two children.

Emily Hart, born on May 2, 1986, is the youngest sibling. Aside from Melissa, Emily is the most famous of the five kids. She started acting at 4-years-old in the Broadway production of The Who’s Tommy, according to her iMDB. She received recognition at the Young Artist Awards for her roles in The Right Connections and Sabrina the Teenage Witch, where she played Sabrina’s younger cousin Amanda for eight episodes during all seven seasons. In 1999, Sabrina: The Animated Series began airing with Emily as the voice of Sabrina Spellman. She won another Young Artist Awards for the voice role. Emily played a teen-aged Shirley Temple in the 2001 TV film Child Star: The Shirley Temple Story. She starred in the films Raising Helen, Mute, and Nine Dead before she stopped acting entirely after 2005. Emily has since worked in casting departments in film productions. She has been married to Alex Madar since September 2013 and they have two sons.