HomeHollywoodMike Tyson Breaks Silence On Fight With ‘Aggressive’ Passenger: He Was ‘Harassing’...
Hollywood

Mike Tyson Breaks Silence On Fight With ‘Aggressive’ Passenger: He Was ‘Harassing’ Me – Entrendz Showbizz 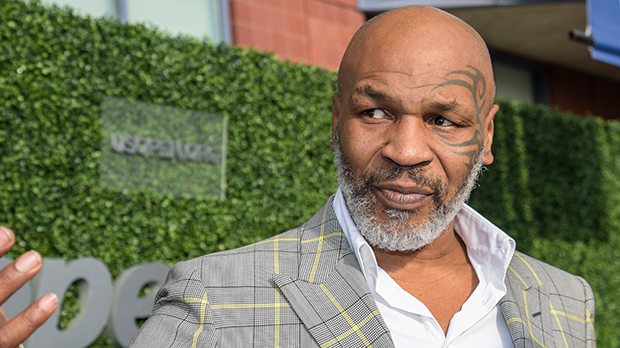 
Mike Tyson addressed the footage that appeared to show the 55-year-old boxing icon throwing hands with a fellow passenger during a plane ride to Florida. Though the video published by TMZ allegedly shows the “Baddest Man on the Planet” pummeled a fellow traveler in his seat, Tyson says that the alleged victim provoked the confrontation. “Unfortunately, Mr. Tyson had an incident on a flight with an aggressive passenger who began harassing him and threw a water bottle at him while he was in his seat,” the rep said in a short statement to Entertainment Tonight.

The alleged incident took place on Wednesday (Apr. 20) night, after Tyson boarded a Jet Blue flight in San Francisco. Supposedly, Tyson took a selfie with the person sitting behind him. TMZ reports that the man “wouldn’t stop provoking” the boxer afterward.  A San Francisco Police Dept. spokesperson told ET that officers assigned to its airport bureau were dispatched to a physical altercation on board an airplane. When authorities arrived, the officers” detained two subjects that were believed to be involved in the incident.”

One subject, who was “treated for non-life-threatening injuries,” provided minimal details about the incident and “refused to cooperate further with the investigation,” according to ET. Both subjects were released pending further investigation. The authorities did not release the name of the individuals they detained. The SFPD said it is aware of the video of the incident and forwarded it to the San Mateo County Sheriff’s Office.

On Thursday, Mike seemingly made it down to Florida. In videos posted to Rick Ross’s Instagram Story, the boxer is seen palling around with the rapper and professional wrestling legend Ric Flair (h/t The Shade Room). The three “legends,” as Rick dubbed them, enjoyed the finer things in life by smoking up inside a nightclub. Tyson looked like he was having a blast with his friends).

Ewan McGregor’s Wives: Everything To Know About His 1st Marriage & Soon-To-Be Bride