HomeHollywoodMovies like The Truman Show, From Inception to The Matrix
Hollywood

Movies like The Truman Show, From Inception to The Matrix 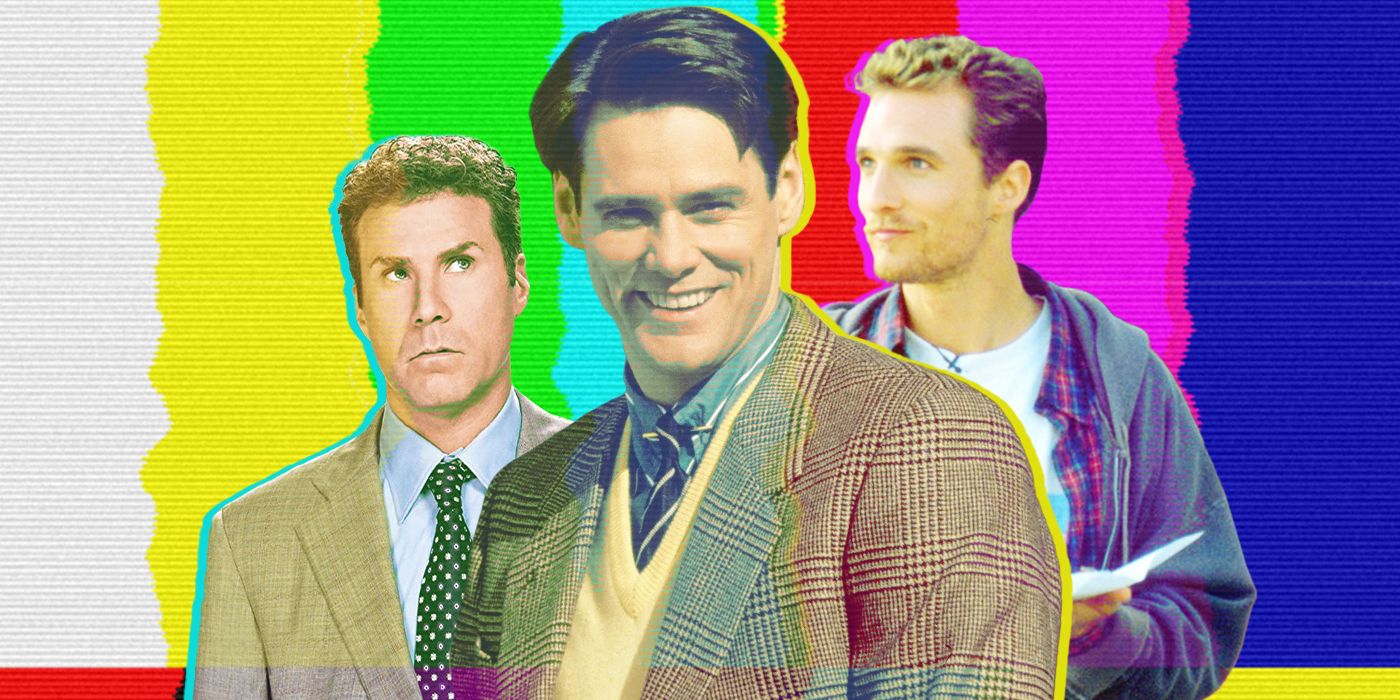 When Jim Carrey took on the role of Truman Burbank in the 1998 movie The Truman Show, he illustrated the range of his acting capabilities beyond his comic appeal. The science-fiction psychological film follows Burbank, a mild-mannered insurance salesman who lives in a practically perfect world and is revered by everyone around him. However, things are not as they seem as Truman’s entire life is being broadcast on live T.V., and everyone he thought was real, including his wife and best friend, are actually just actors. The film explores the themes of autonomy vs. imprisonment and reality vs. fiction as Truman must discover the world that has been hidden from him throughout his entire life. If you’re looking for a movie that can live up to the appeal of this unique classic, check out this list of flicks that range from sci-fi, comedies, psychological thrillers, and everything in between.

With impeccable directing by Christopher Nolan, a star-studded cast, and an exhilarating score by Hans Zimmer, Inception is a masterful story that constantly questions reality. It stars Leonardo DiCaprio as Dom Cobb, a thief involved in corporate espionage who possesses the ability to enter people’s dreams and extract their secrets. Joined by his partner, Arthur (Joseph Gordon-Levitt), and Ariadne (Elliot Page), a young graduate student whom they recruit to assist them, Cobb will tackle his most advanced mission yet–so long as he can keep his emotional past behind him. Like The Truman Show, this film contains psychological themes that keep audiences engaged while also sending them full force into the world of dream extractors.

Like The Truman Show, this film features a video-store employee named Ed Pekurny (Matthew McConaughey) who agrees to have his life filmed daily and broadcast on live television. Both movies incorporate satire of consumers who watch reality TV and view it as mindless entertainment that should adhere to their desires. However, the biggest difference between these films is that instead of being an unwilling participant in other people’s entertainment, Ed actually auditions to be followed around with cameras for 24 hours a day. Still, the importance of privacy is emphasized, and he must decide whether fame is worth sacrificing his true life beyond the screen. With spectacular performances from the rest of the cast, including Jenna Elfman and Ellen DeGeneres, this movie is definitely worth a watch from Truman Show fans.

A psychological drama with many twists and turns, this science-fiction film stars Tom Cruise as David Aames, a rich playboy who seems to have everything he desires in life. But things take a disastrous turn following a car accident caused by his estranged ex-lover. His story is told in two timelines: one when he is incarcerated and recounting his story to a police psychologist (Kurt Russell), and the other following the past he is retelling. While reality TV does not play a part in this film, the protagonist constantly finds it difficult to decipher fiction and reality and he is led to doubt the validity of what he remembers. So how did David end up in prison and what is his true past? Check out this film to unravel the mystery for yourself.

In this film, Neo (Keanu Reeves) seeks the counsel of Morpheus (Laurence Fishburne) to uncover the secrets behind the mysterious Matrix. Like Truman, Neo must set out on a journey to overturn the falsity of his world and discover what is beyond a merely perceived truth. Perhaps one of the greatest explorations of simulacrum in movie history, The Matrix reflects The Truman Show’s emphasis on rejecting willing ignorance. If you have yet to dive into the chaotic world of this franchise, refer to this quote from the film itself: “No one can be told what the Matrix is. You have to see it for yourself.”

In this comedy-drama, a young teenager named David (Tobey Maguire) distracts himself from the harshness of his life by watching “Pleasantville,” a 1950s television sitcom in which all the characters follow the same routine in their idyllic lives. However, thanks to a mysterious remote given to him by a TV repairman (Don Knotts), he and his sister, Jennifer (Reese Witherspoon), are transported into Pleasantville as the fictional protagonists, Bud and Mary Sue. What makes this film comparable to The Truman Show is the overall conflict between those who seek to maintain the ideal fantasy and the opposing force driven to put an end to it. Unlike Truman, David doesn’t wish to disrupt the illusion of perfection, whereas Jennifer introduces aspects of reality into the one-dimensional world. Definitely watch this film if you’re looking for a good laugh along with some important social commentary. Pleasantville’s subversive satire on modest values is a huge bonus and something The Truman Show only manages to scratch the surface of.

Marc Forster, known for a variety of character-driven films, directs Stranger Than Fiction, a moving tale about Harold Crick (Will Ferrell), an IRS auditor who discovers he is the protagonist of a tragic novel. Faced with this bizarre circumstance, Harold sets out to find the author of the novel so that he can ensure he has a happy ending. Like Truman, Harold does not wish for his life to be controlled by others and seeks to take back his autonomy. Where The Truman Show finds its comedic appeal through eccentric fictional actors and unusual camera angles, this movie features a diegetic voice-over narration (from none other than Emma Thompson) that only Harold can hear, leading to some hilarious situations as he tries to find a reasonable source of the voice. Blending comedy with extremely emotional stakes, this film is a more-than-worthy equivalent to The Truman Show.

This quirky fantasy-comedy stars John Cusack as Craig Schwartz, an aspiring puppeteer who discovers a portal that allows him to take over the body of renowned actor John Malkovich for short instances. Though a little more lighthearted with its content than The Truman Show, it still tackles similar themes of autonomy and identity. While The Truman Show seems to acknowledge to an extent the negative effect of vicarious living through the consumption of reality television, this film takes a more hands-on approach and emphasizes self-fulfillment as Craig must learn the importance of finding contentment in his own life as opposed to someone else’s. Written by Charlie Kaufman, who is also the mastermind behind several other reality-deconstructing films, Being John Malkovich will surely keep you guessing and inevitably wanting more.