HomeHollywoodPaul Reiser Is Have a Renaissance, From Stranger Things to The Boys
Hollywood

Paul Reiser Is Have a Renaissance, From Stranger Things to The Boys 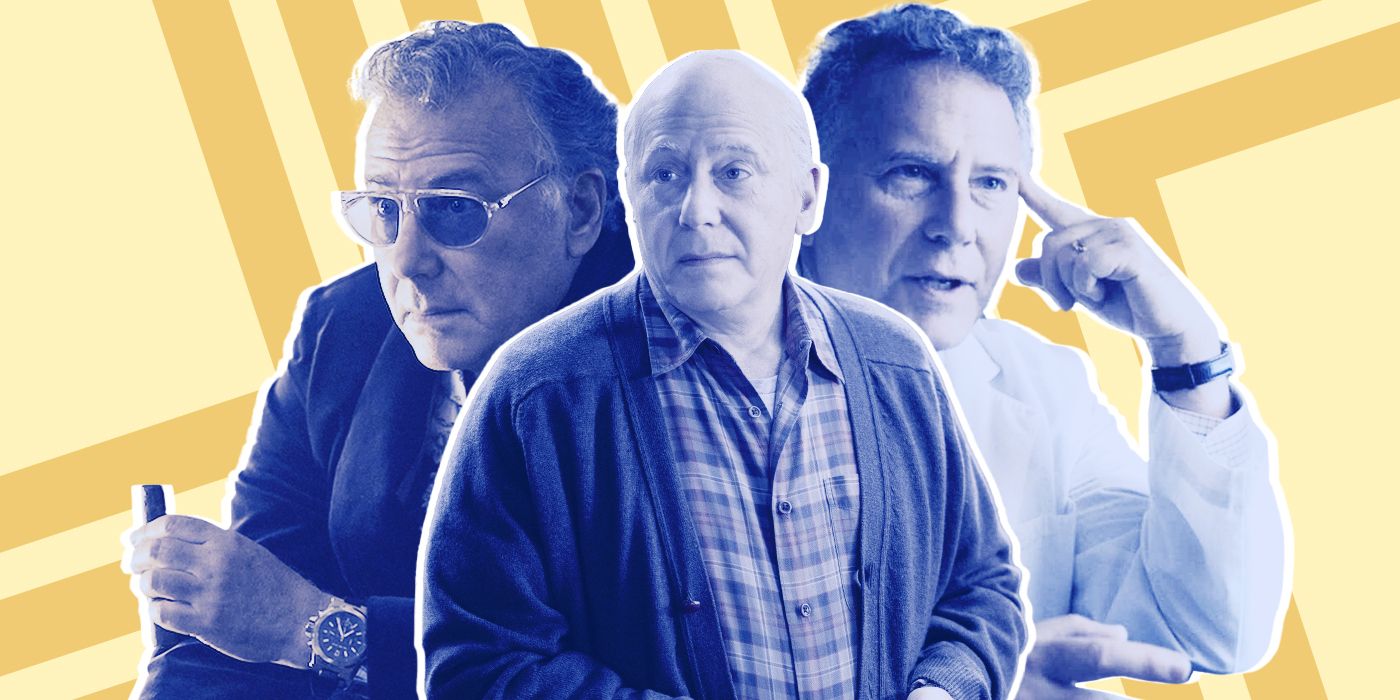 If it seems that Paul Reiser is everywhere these days, you’re not mistaken. With roles in The Kominsky Method, Stranger Things and The Boys, a whole new generation is coming to respect Reiser’s talents. A Reiserssance, if you will, along the likes of the Keanussance, the McConaissance, the Goldblumassance and the Pfeifferssance. And if we’re lucky, the Shyamalanassance, because that just sounds awesome. Paul Reiser – actor, comedian, television writer, author – is back, baby, but where was he? Truth is, apart from a stretch of time between 2002 and 2011 where Reiser was onscreen in only a few projects, he never really disappeared.

Reiser began his career as a stand-up comedian. His routines skipped politics in favor of pontificating on relatable topics in a slightly neurotic way. In 1982 he got his big break in the movie Diner, playing Modell, aspiring stand-up comedian. Now on Hollywood’s radar, Reiser followed up by playing Detective Jeffrey Friedman in 1994’s Beverly Hills Cop, a role he would revisit in the 1987 sequel, the cleverly-named Beverly Hills Cop II. If Reiser wasn’t a household name yet, he was about to be.

Playing against type, Reiser nabbed the role of villainous, slimy Weyland-Yutani Corporation executive Carter J. Burke in 1986’s Aliens, and he is pitch perfect. What made his performance so great is that he plays himself, more or less, in the first half of the film. Friendly, pushing the “I’m on your side” angle with Ripley (Sigourney Weaver) until both Ripley and the moviegoer truly believe Burke is trustworthy. So when his true purpose in going to LV-426 is revealed, to bring xenomorphs to Earth for biological weapon research (and for profit), it’s a punch in the gut. Burke is so callous, in fact, that he locks both Ripley and Newt (Carrie Henn) in a medical lab with two facehuggers, positioning both to be impregnated, thus bypassing Earth’s quarantine. An act so Machiavellian that even Star Wars‘ Emperor Palpatine (Ian McDiarmid) would say, “Damn, son, that’s cold.”


Seizing the moment, Reiser’s star hit the stratosphere with the lead role in the one-two punch of TV series My Two Dads (1987-90) and Mad About You (1992-99, 2019). In My Two Dads, Reiser is one of two possible fathers to 12-year-old Nicole Bradford (Staci Keanan), both given custody of the girl after the passing of her mother. The moderately successful show is really only missing ABBA, an off-key Pierce Brosnan, and Greece. In the wildly successful Mad About You, Reiser and actress Helen Hunt play Paul and Jamie Buchman, a newly-married couple navigating life in New York City. What makes the show unique is the purposeful intent to make it feel, and be, real, not a race to wrap up wacky hijinks in 20 minutes. The two stars share a perfect chemistry, playing off one another while their characters deal with life’s ups and downs. In addition to winning critical praise for its realistic and humorous portrayal of marriage, the show won 12 out of 34 Primetime Emmy Awards, 4 out of 13 Golden Globe Awards, 7 out of 14 American Comedy Awards, and many more. Surprisingly, Reiser was overwhelmingly the bridesmaid and never the bride – even guest stars Mel Brooks and Carol Burnett won more awards for their work on the show. Hunt is the one who garnered the most acting wins, but that speaks more to just how well the two worked together, and how that elevated their performances. Following the show, Reiser did a few projects, including host of the 37th Annual Grammy Awards, before falling into the aforementioned 2002-11 abyss, the Reiser Dark Ages.


Then, the Renaissance began. The Paul Reiser Show, a Paul Reiser sitcom featuring Paul Reiser as Paul Reiser premiered in April 2011. It was a spectacular failure, canceled after only two episodes, so maybe don’t cue the Reiserssance quite yet. 2014’s critically acclaimed Whiplash (now cue the Reiserssance) featured Reiser’s return to the big screen as Jim Neiman, the father of protagonist music student Andrew Neiman (Miles Teller). Then, BLAM!, a torrent of projects, a Reiserricane, if you will. Amazon Prime Video dramedy series Red Oaks (2014-17) features Reiser in a supporting role as Doug Getty, president of a Jewish country club. His recurring role in the Netflix phenomenon Stranger Things as Dr. Sam Owens is probably the one that new Reiser fans most associate with the actor. The friendly Owens, who replaced Dr. Brenner (Matthew Modine) as Director of Operations at Hawkins Lab, is a key ally of Stranger Things‘ protagonists, even arranging for the adoption of Eleven (Millie Bobby Brown) by Jim Hopper (David Harbour). In Netflix’s The Kominsky Method, Reiser plays Martin Schneider, the boyfriend of acting coach and former actor Sandy Kominsky’s (Michael Douglas) daughter Mindy (Sarah Baker).


But wait, there’s more! Season 3 of Amazon Prime Video’s hit series The Boys lets Reiser loose as The Legend, a cigar-chomping, cocaine-snorting, boastful sleazeball informant who (SPOILER) gives the Boys a lead on the whereabouts of Soldier Boy (Jensen Ackles), who is running amok and blowing things up in Manhattan following his accidental release from a Russian facility. Despite appearing in only a couple of episodes, Reiser’s memorable portrayal has proved highly popular, so likely to score some additional scenes in upcoming episodes of the show. Even if future appearances do not materialize on that show, the future of the Reiserssance is secure with an upcoming TV series on Hulu, Reboot. The comedy series from creator Steven Levitan is about the dysfunctional cast of an early 2000s sitcom, who need to resolve their differences when a young writer pitches a resurrection of their show – a Reboot, so to speak (wink wink). Reiser, who is now the undisputed face of all streaming services and will be addressed as Lord Streamington effective immediately, will play Gordon, the creator of Step Right Up, the faux sitcom being rebooted.


Yes, friends, it is a new golden age of Reiserness, and wherever the affable Reiser appears next – print, stage, television, film, drama, or comedy – it would be unwise to count him out. Because even if he’s off the radar, you can guarantee there will be a… Reiserrection.