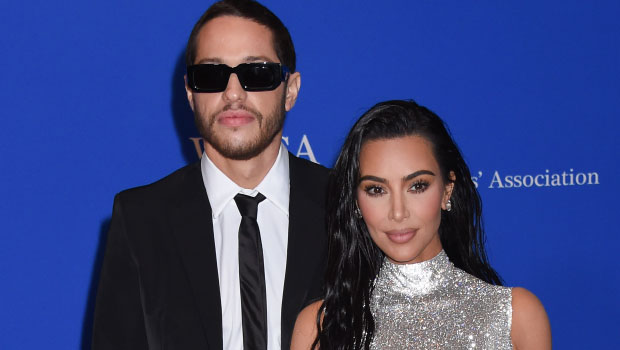 Kim Kardashian was greatest-daughter-in-law vibes for boyfriend Pete Davidson‘s mom on Mother’s Day, sending what we hear was “the most beautiful arrangement of flowers.” Moreover, our source revealed how “touched” Pete’s mom, Amy Davidson, was by the gesture, and how she “absolutely adores Kim.”

“She thinks she is perfect for her son and doesn’t care about her fame or her money,” an source close to the Kardashians  EXCLUSIVELY revealed Amy only cares about how a woman treats Pete and she’s never seen anyone treat her son with so much love and respect.”

The gift from Kim was similar to the gesture made to her mother, Kris Jenner, from Pete, which Kris showed off in a recent Instagram story.

“Thank you #petedavidson !!! Love you,” Kris wrote over a post on Mother’s Day Sunday, showing a gorgeous bouquet of pink and orange flowers. It looks like Kim’s boyfriend has passed the test of getting her mother’s approval!

The sweet gift comes after several red carpet debuts for the celebrity couple, a coming out of sorts for the couple who began dating last fall. Since they seem more in love than ever, many have wondered about the possibility of the duo walking down the aisle in the near future. On a recent episode of The Kardashians, while taking note of her sister Kourtney Kardashian‘s proposal from Travis Barker, Kim noted that she still “believe[s] in love,” adding, “[H]opefully, there will be just one more wedding for me. Fourth time’s the charm!”

Considering the idea of a Kim and Pete marriage, Kris seems to be on board, as a KarJenner source told Our Source EXCLUSIVELY last month. “Kris absolutely adores Pete and she’s so thankful he came into Kim’s life when he did,” the source shared. “Kris sees how happy Kim is with Pete so they definitely have Kris’s blessing.”