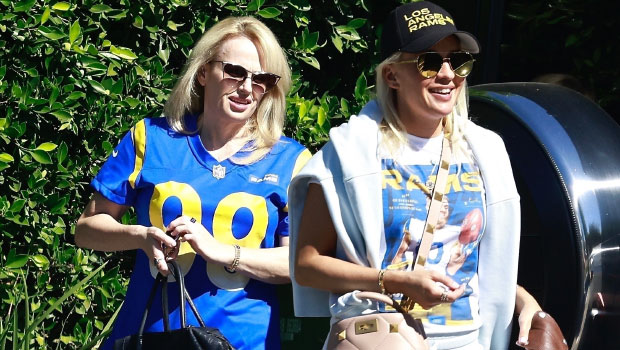 
Rebel Wilson, 42, has been soaking up the sun on a “romantic” summer getaway with her fashion-designer girlfriend, Ramona Agruma! Rebel — who revealed that she was in a relationship with Ramona on Instagram less than one month ago — has been sharing adorable photos on her Instagram, which have included shots from Iceland, Italy, France, and Turkey, where her most recent photos were taken. A source close to the Pitch Perfect actress told Our Source EXCLUSIVELY, “Rebel and Ramona have been in Turkey for over a week now and they are loving every second of it.”

On June 9, Rebel came out on Instagram in a post that included a photo of her and Ramona looking super affectionate, along with a caption that read, “I thought I was searching for a Disney Prince… but maybe what I really needed all this time was a Disney Princess.” According to a pal, “Rebel and Ramona have been on several vacations together, but this is their first getaway since Rebel came out, so it is quite special for her. She knows that she has made the right decision and is overwhelmed by the love and support she has gotten from everyone,” the friend revealed. “Rebel is deeply in love with Ramona, and she knows that she feels the same. Rebel does not see herself being with anyone else and she truly believes that she is her soul partner.”

As fans know, prior to dating Ramona, Rebel was linked to several partners, including Anheuser-Busch’s heir, Jacob Busch, 31. In a May 18 interview with People magazine, Rebel said that she was in a healthy new relationship, but she did not reveal the identity of her partner.  She did, however, shed some light on her feelings about her exes. “There were times — I’m not saying with all my exes, they’re great — but there were some times that I was probably putting up with that I shouldn’t have. So it feels different to be in a really healthy relationship,” Rebel told the outlet at the time.

According to a separate source, “Rebel’s friends think she’s the happiest she’s been in a long time. Although Rebel is the same woman deep down that she’s always been, she’s also completely transformed aspects of her life over the past few years. Even though Rebel seemed very happy with Jacob, it doesn’t even compare to the chemistry she has with Ramona. Ramona truly cares for Rebel as a person and her friends couldn’t be more thrilled for them. They had a blast this week eating their hearts out, splashing around in the pool, and it was the perfect getaway with their closest friends.”