Resurrection Ending Explained: What Really Happened in the Hotel Room? 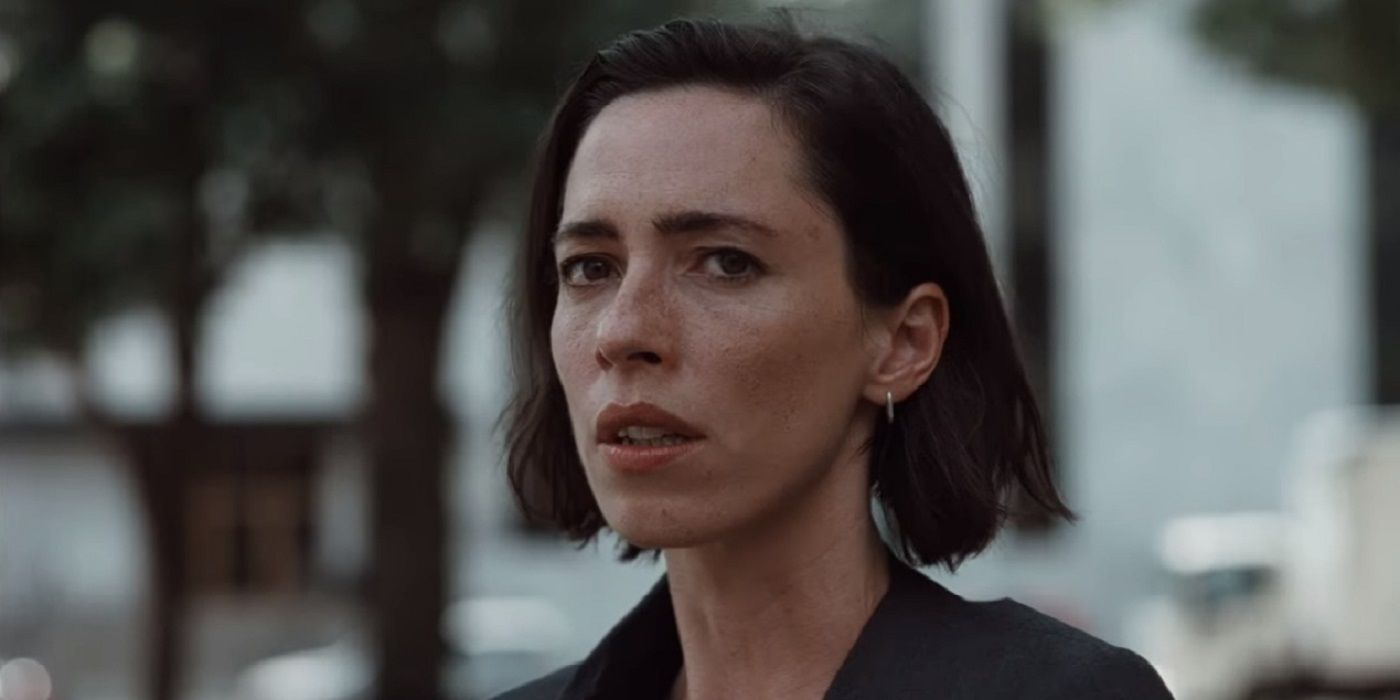 Editor’s Note: This article contains spoilers for the ending of Resurrection.Whispers began to surround Resurrection, a psychological horror-thriller from Andrew Semans, not long after its Sundance debut. Words like “shocking,” “visceral,” and “wild” were thrown around, along with some more colorful language. Rebecca Hall’s performance as the main character garnered comparisons to Isabelle Adjani in Possession, which promised something both very good and brain-bombingly intense. Reporters were careful not to spoil the twist, and they were especially careful not to spoil the ending. It was all very enticing, especially because, at first glance, the movie appeared to be a sleek, straightforward potboiler about a woman unraveling as she reckons with her trauma. Could the twist live up to the hype? What about the ending? Now that Resurrection has been released to a wider audience, those two questions can be answered with, respectively, a resounding “yes” and a slightly less resounding “mostly.”


First, a bit of setup. The always-reliable Rebecca Hall plays Margaret, an executive at a biotech company and a protective single mother to a high schooler named Abbie (Grace Kaufman). She keeps her life running with the efficiency of a Swiss watch, working and exercising, and having no-strings-attached sex with her coworker Peter (Michael Esper), but from the start, it’s clear that there’s something strange going on. Her eyes are intense and hyper-vigilant, constantly searching for potential danger. When she exercises, she doesn’t just go for a light jog: she runs, barreling down the sidewalk with the form-perfect intensity of the T-1000. While any parent would be rattled after their child injures themselves biking, when Margaret takes Abbie home from the hospital she tries to tuck her Yale-bound daughter into bed, more to soothe herself than Abbie. Even her name raises an eyebrow: not Maggie, not Madge, but deliberately Margaret. What gives?

RELATED: ‘Resurrection’: Release Date, Trailer, Cast & Everything You Need to Know About the Rebecca Hall Thriller

Everything is explained, in one way or another, after David appears. Played by Tim Roth, he starts popping up in Margaret’s periphery – sitting in her train car, ducking into a bagel store – and the sight of him sends her into an absolute panic. She tells Abbie to text her every hour, on the hour, to let her know she’s okay. She goes to the police, only to be told that they can’t do anything if no actual crime was committed. When she confronts David in a park, he calmly denies knowing her, before a sudden, wicked smile confirms her (and the audience’s) worst fears. It’s easy enough to gather from context clues that David was Margaret’s abuser, but the specifics are left unclear at first. There are hints that something truly terrible happened: cigarette burns on Margaret’s back, a nightmare of a screaming baby roasting in an oven, a cryptic remark from David that someone named Ben is in his belly. But even after the puzzle pieces are fit together, the audience still might not believe it. Surely Resurrection wouldn’t go there, right?


Then, over the course of a bravura, single-take monologue, Resurrection goes there. Margaret addresses an intern she’s taken under her wing, opening up about her past with this strange man who terrifies her so much. She describes the way David groomed her when she was in her late teens and went by “Maggie,” winning over her parents before entrapping her in his web. She describes the way he would manipulate her into various “kindnesses,” which could range from ordinary chores to painful, degrading displays. She describes the birth of their son, Ben, who soon became the target of David’s jealousy. And she describes the horrible thing that happened: after sending Margaret to run errands, David ate the baby, saying that Ben lived on, inside his belly, and using him as leverage. Out of madness, trauma, or because of something truly fantastical, Margaret played along until the “kindnesses” became too much to bear, and she ran away.


This twist is, to use the technical jargon, utterly cracked. Resurrection lives or dies on whether the audience buys it. Up until this point, Resurrection has stayed grounded in reality, only requiring some small suspension of disbelief. This reality is reinforced by the film’s plain Upstate New York setting and muted cinematography, which looks like it could slot in comfortably next to movies like Double Jeopardy or Enough on Saturday afternoon cable. The twist and everything that relates to it, is the only hint of the fantastical in this movie. The confrontation between Margaret and David in a diner could be any survivor facing their abuser for the first time in years, except for the fact that the abuser is insisting he’s kept his infant child alive in his stomach for twenty years, and try as she might the survivor can’t bring herself to think it’s impossible. The fact that it works is thanks to committed performances from Hall and Roth, as well as an ending that (mostly) sees things through to a gonzo conclusion.


After a long, upsetting game of cat and mouse between David and Margaret, the final reckoning comes in a hotel room. Margaret appears to be willing to return to her abuser, and soon enough she finds out that the impossible is, in fact, true: she can feel Ben inside David’s belly, his tiny hand pressing against hers through the walls of David’s stomach. Perhaps this new discovery motivates her, or perhaps she was planning on fighting back in the first place. Either way, she makes use of a knife hidden on her person with duct tape, ties David down, and proceeds to slowly, painfully cut his stomach open in search of Ben. It’s a brutal, yet cathartic sequence, like the climax of Inside if the audience was rooting for Beatrice Dallé. And, by the end of it, Margaret is smiling down at little Ben, alive and well in her arms.

There are a number of different ways to interpret this, as well as the final scene that shows quiet domestic bliss interrupted by impending dread. It’s quite possible to interpret the ending literally: Margaret rescues her baby from David’s belly, and brings him home to care for him with Abbie and her new partner Peter. It’s a richly deserved bit of peace for a woman who has gone through hell, although that final shot, where Margaret’s expression shifts into a horrified gasp, indicates that her trauma can’t be overcome so easily. There’s also the question of how no one seemed to notice the disemboweled corpse in the hotel room – and if it was noticed – how no one pressed any charges against the woman who did it, no matter how justified.

Perhaps the climax is one long break from reality, the result of Margaret’s psyche cracking to the point where she imagines something so absurd and fantastic happening; the final gasp, then, is the horrible intrusion of reality. But if that’s the case, when does the break from reality happen? Is it before she meets with David? After killing him? And in any case, why would she imagine herself partnered up with Peter, someone who she’s previously only seen as a coworker with benefits? It’s a lot to unpack, and that final gasp might frustrate those who want something more definitive – but you certainly can’t say that Resurrection didn’t live up to the hype.