HomeHollywood‘Scream’s Ending: How The New Ghostface Was Revealed In Fifth Movie -...
Hollywood

‘Scream’s Ending: How The New Ghostface Was Revealed In Fifth Movie – Entrendz Showbizz 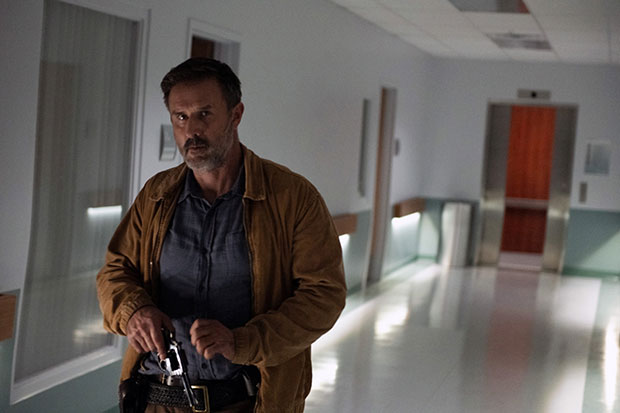 
A new ‘Scream’ means new killer and possibly killers. Act 3 of the fifth ‘Scream’ movie featured an epic twist when Sam, Sidney, Gale, and more came face-to-face with the new Ghostface. SPOILERS AHEAD!

The new Scream came to play in a big way when it came to its killer reveal. Ghostface returned to Woodsboro to reign terror once again on a new group of teenagers. Ghostface started off by attacking Tara (Jenna Ortega) at her home and stabbing her several times. Despite the gruesome battle, Tara managed to survive Ghostface’s wrath.

Tara’s hospitalization brought her estranged sister, Sam (Melissa Barrera), back to town. Sam took off when she was 18 after learning the truth about her parentage. When she was 13, Sam discovered that her father was actually Billy Loomis. Her mother and Billy slept together in high school before he went on his murderous rampage.

Ghostface killed several other people, including Wes Hicks (Dylan Minnette), Judy Hicks (Marley Shelton), and the beloved Dewey Riley (David Arquette). Dewey sacrificed himself so Sam, Tara, and Richie (Jack Quaid) could escape. It all led up to a party at Amber’s house, which used to be Stu Macher’s house.

Ghostface attacked Chad (Mason Gooding) outside at the party, and he was presumed dead. Sam, Tara, and Richie showed up at Amber’s house to get an extra inhaler. Amber (Mikey Madison) sent the rest of the partygoers away so that it was only Sam, Tara, Richie, Mindy (Jasmin Savoy Brown), and Liv (Sonia Ammar).

In a scene that mirrored what happened to her Uncle Randy, Mindy was attacked by Ghostface. After that, everyone began pointing fingers. However, Amber decided to go rogue and revealed herself as the killer. She shot and killed Liv in front of everyone.

Sidney and Gale arrived at Stu’s old house as Amber stumbled outside acting like she was hurt. Sidney and Gale knew this was a trap. Amber ended up shooting Gale before bolting back inside. Sidney ran after Amber (as Ghostface) and battled the killer on the second floor. Amber went after Richie before throwing Sidney over the railing.

Richie survived and that’s because he was the second killer. He was the one who attacked Tara. Richie stabbed Sam before taking her into the kitchen, mirroring the scene in the original movie. Richie and Amber explained that they met on Reddit and were seeking to revive the Stab franchise. They were angry about how they’ve been branded a “toxic fandom.”

As with the first film, Sam was able to get the upper hand on Richie and stabbed him through the neck. She had one last vision of her father, who led her to the knife. Amber ended up dead as well after Tara, Sidney, and Gale teamed up on her. After being doused with hand sanitizer, Amber was lit on fire by the stove. She was eventually shot dead by Tara. Mindy and Chad survived the attack by the Ghostface killers, as did everyone else.

In the end, Gale decided against writing about the latest murders in an effort to not give the killers the fame they wanted. She planned on writing a book about Dewey. Scream is now in theaters.