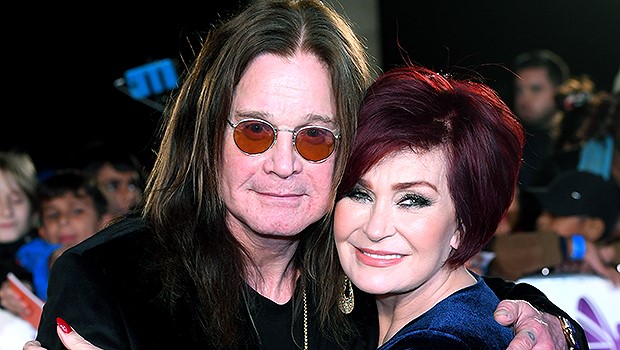 
Happy anniversary to Ozzy and Sharon Osbourne! The famous couple celebrated their 40th wedding anniversary on July 4. They each shared sweet tributes to one another via Instagram starting with Ozzy, 73, who posted a photo of himself and Sharon, 69, on their wedding day in Maui, Hawaii. Ozzy wore a white suit in the 1982 snapshot, while Sharon rocked a gorgeous white wedding dress. “40 Years Ago Today! Happy Anniversary My Love,” Ozzy wrote alongside the throwback pic.

Sharon decided to post a more recent snapshot of the couple at home for her tribute to Ozzy. They held hands while wearing all black in her photo, taken by photographer Shelby Duncan. “2022 is a special year for me,” Sharon said. “It marks 40 years of marriage to my darling Ozzy. We first met when I was 18, over 52 years we have been friends, lovers, husband & wife, grandparents and soulmates. Always at each other’s side. I love you Ozzy ~ Sharrrrrrron x.”

In 1970, Sharon was 18 years old and met Ozzy through her father Don Arden, who at the time was managing Ozzy’s band Black Sabbath. Nine years later, Ozzy was fired from the group and became a solo artist with Sharon as his manager. They married in Hawaii on July 4, 1982 and  have since welcomed three children: daughters Aimee, 38, and Kelly, 37, and son Jack, 36.

Ozzy and Sharon have been by each other’s side since the day they said “I do,” especially recently with Ozzy’s health struggles. The British singer underwent major neck and back surgery on June 13. “He has a very major operation on Monday, and I have to be there,” Sharon said on the U.K. talk show The Talk days before her husband’s surgery. “It’s really going to determine the rest of his life,” she added.

Thankfully, Ozzy’s surgery was successful and he was discharged from the hospital on June 14. He was photographed being pushed in a wheelchair by a nurse just before Sharon drove him home from the hospital. Sharon took to Twitter to update fans on Ozzy’s condition once she got him settled into their home. “Our family would like to express so much gratitude for the overwhelming amount of love and support leading up to Ozzy’s surgery!” she said in great spirit. “Ozzy is doing well and on the road to recovery. Your love means the world to him.”