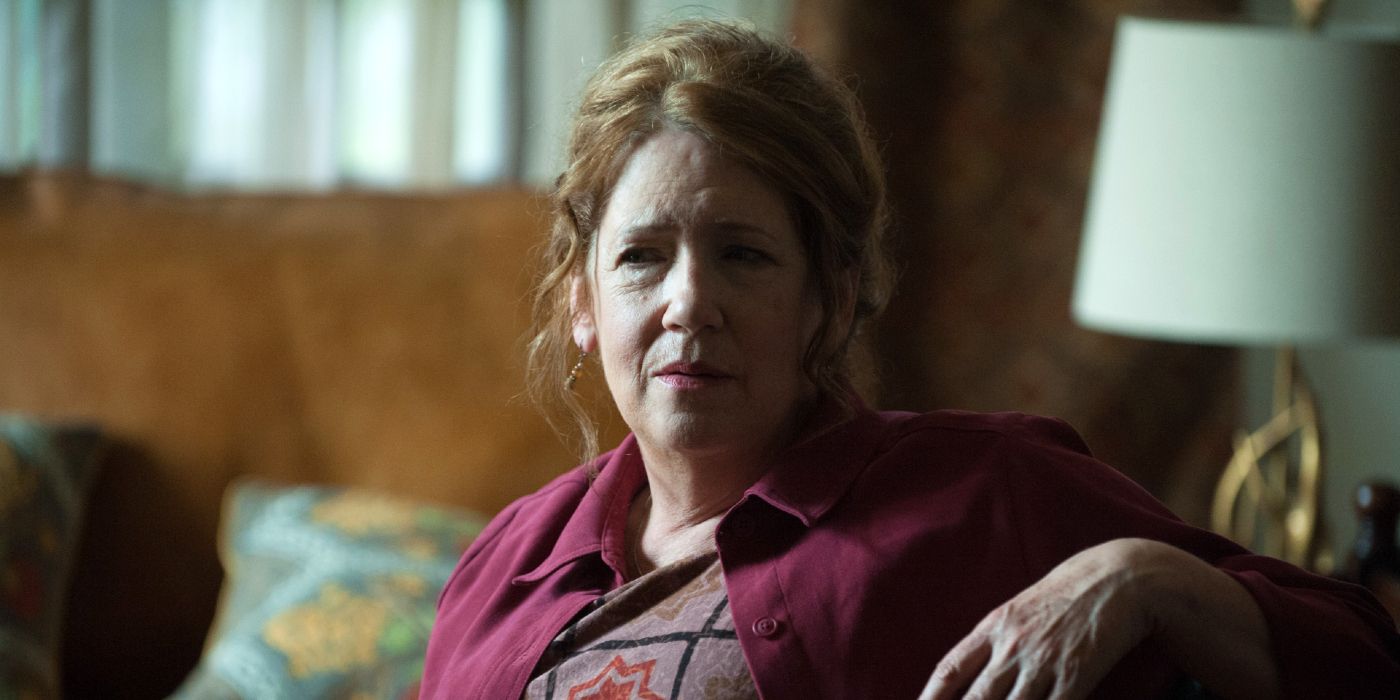 Casting for Blumhouse’s The Exorcist reboot trilogy is well underway as Ann Dowd (The Handmaid’s Tale, Hereditary) boards the horror franchise according to The Hollywood Reporter. She’s set to appear in the first film, joining star Leslie Odom Jr. and veteran of the franchise Ellen Burstyn who’ll reprise her role as Chris MacNeil. With Halloween reboot director David Gordon Green at the helm, the film looks to kick off a modern resurgence for the horror classic on October 13, 2023.

Despite being a beloved horror giant, this film will mark the first time The Exorcist franchise has made it to the big screen in 18 years. The franchise stems from William Friedkin‘s 1973 classic which centered on the possession of a 12-year-old girl and the fight to free her from the control of a demonic entity. An instant classic, it would go on to receive ten Oscar nominations, including one for Burstyn’s performance, and was followed by two direct sequels. While it’s been absent from theaters, the franchise did receive a bit of love in the form of the beloved, yet under-watched, Fox series set in the same universe. With Green on board, the franchise now looks to follow the formula of Halloween and other horror franchises, returning to the classic setting with an old favorite in Burstyn along for the ride.


There’s no word on what role Dowd will play in the new sequel film, but the film will follow Odom as a father of a possessed child who seeks the help of MacNeil, hoping to gain help from her experience in thwarting the evil demon Pazuzu in the original film. This is not the first time Dowd has worked under Gordon Green’s direction though; she previously appeared in the star-studded Our Brand Is Crisis featuring Sandra Bullock, Scoot McNairy, and Billy Bob Thornton among others.

RELATED: Jigsaw is Bringing His Games to London With ‘Saw: The Experience’ in October

Dowd most recently has carved out a spot for herself thanks to her Emmy-winning role in The Handmaid’s Tale as the remarkably strict Aunt Lydia, but she’s no stranger to the horror genre. She played a prominent part in Ari Aster‘s Hereditary as a support group member, Joan, who is deeply involved in the central mystery of the film. Among other things, she also appeared in The Manchurian Candidate and more recently earned a BAFTA nomination for Mass. Her next appearance will come in the Amy Rice thriller The Independent.


The story for the first reboot film of the trilogy was constructed by Scott Teems, Danny McBride, and Green with the director also penning the screenplay with Peter Sattler. Jason Blum will produce for Blumhouse alongside David Robinson and James Robinson for Morgan Creek. Green, McBride, and Couper Samuelson are all set to executive produce. The film is part of an over $400 million megadeal from Universal and Peacock to bring the trilogy to life.

Filming is currently underway on the first The Exorcist reboot film. Stay tuned for more casting news and developments here at Our Source.