The Little Mermaid: How Pat Carroll Made Us Love Ursula 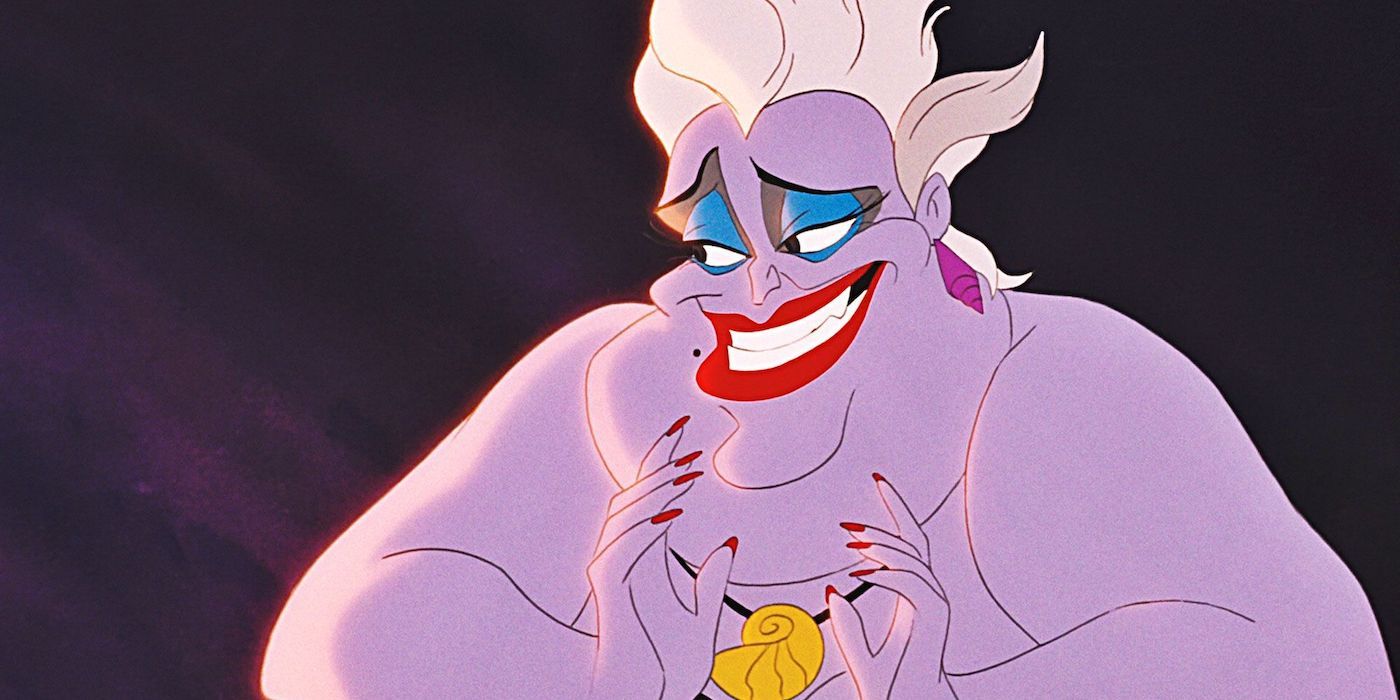 It’s one thing to be a princess, genie, or any number of heroes. It can’t be denied there’s something far more tantalizing in being the villain. The provocative voice of Pat Carroll gave life to Ursula, one of Disney’s most beloved villains. Don’t forget her equally devious sister, Morgana. Carroll kept coming back to the undersea world, delivering her oh so fantastically sinister laugh. Queen Latifah took on The Little Mermaid (1989) villain and soon Melissa McCarthy will too.

Everyone knows the original animated performance, of course. From the extravagant character design to Carroll’s vocal performance, it forever linked the two as one. Her singing, “Poor Unfortunate Souls,” was a rare opportunity too, the first female villain to have that kind of spotlight. But Carroll nearly didn’t originate the iconic role.

Delaying The Little Mermaid adaptation, brought excellent talent to the production. The original plans to make it effectively ended in the early 1940s. By the late ‘80s, a pitch from directors Ron Clements and John Musker got everything restarted. Among those hired, were Howard Ashman and Alan Menken, the two making the music so magical. But Pat Carroll wasn’t brought in so quickly. Bea Arthur was a popular choice tossed around, and it’s not hard to see why. Starring in The Golden Girls at the time, Arthur’s deep voice and singing background proved ideal for Ursula. Musker explained why the idea hit the brakes in an interview for Allan Neuwirth’s book, Makin’ Toons: Inside the Most Popular Animated TV Shows and Movies (2003). Apparently, the “witch” role offended her agent so much, Arthur didn’t get to see the script. Neuwirth described two major contenders that got closer to the finish line. Broadway veteran Elaine Stritch and Charlotte Rae (Diff’rent Strokes). When it was decided those two didn’t fit, however, Pat Carroll auditioned. Although it took a year to hear the confirmation, she secured the role.


By reading Hans Christian Anderson’s fairy tale, Ursula was not a villain nor did she even have a name. The 1989 adaptation needed to expand on the character. Gone were the earlier concepts of a thin sea witch. The body types to the Evil Queen, Maleficent, and Cruella were practically skeletal. That isn’t to say Ursula was only about being curvy and thick. She looked glamorous with blue eye shadow which never smudged. Gelled up hair could fall out of place depending on her mood. Guttural laughter erupted out of her. Seeing her explode out of the Vanessa disguise is scarier than many live-action monster effects. Unlike the Evil Queen and Maleficent, when Ursula does transform for the movie’s finale, it’s not into something else but into a more massive version of herself.


Appearing for about twenty minutes of the 80-minute runtime, Ursula soaks up all the attention in her scenes. “I’ll see him wriggle like a worm on a hook!” she spits out with gleeful venom, one of many monologues she gives, maybe her favorite eels, but mostly to herself. From Makin’ Toons, Carroll saw her as being an, “ex-Shakespearean actress who now sold cars.” Leaning into the theatrics, gave the actress the freedom to be dryly funny and a looming threat. Ursula is a cheater with only her goals in mind, not playing fair in the deal between Ariel (Jodi Benson). She’s the first Disney villainess to get a song. Male counterparts had their moment, so Ursula (and Carroll) didn’t waste the opportunity. Who else wanted to throw together potions like she does so effortlessly? In “Poor Unfortunate Soul,” she manipulates Ariel with false sympathy, ending it in a booming call of impatience. It’s now or never! A note of appreciation must go to Ashman. Carroll credited him as inspiration for how she performed the signature number.


To touch upon the bigger is badder transformation mentioned above, the finale is a work of art to the eyes and ears. Stealing the trident, Ursula turns into the, “ruler of all the ocean!” The seas churn and waves crash. Clouds turn the sky dark and lightning flashes. At the center of this mayhem is a monstrous Ursula, her voice deeper and ferocious. She then gets killed as spectacularly as she lived. To avoid a grisly image, many Disney villains oftentimes fell to their death: bloodless, but obvious in the outcome. Ursula took a shipwreck’s splintered bow to the stomach, electrocuted by the stormy weather to finish the job. As she sinks, her tentacles drag the shipwreck down, like the reverse of a kraken attack. This sea monster wasn’t doing the destroying but, at last, got destroyed.


The direct-to-video sequel Return to the Sea (2000) is more or less a retread of its predecessor. Ariel’s daughter Melody (Tara Strong) is denied going anywhere near the sea, in contrast to her mother’s denial of leaving it. With Ursula gone, who could be the next villain? Carroll returned to give her voice to none other than Morgana, Ursula’s sister. Not every Disney villain has a sibling, so these tentacled sisters join a limited bunch. Not nearly as powerful as Ursula, causes Morgana no end in annoyance. To spite the dearly departed, she desires to execute Ursula’s plan for power, this time successfully. It’s also to show her unseen, presumed dead mother, she was the better child. After a failure, Morgana and her posse hide for the next time to strike. Which takes years. An older Melody defies her mother and Morgana sees it as a chance to entice the girl. The sea witch manipulates Melody into stealing her own grandfather’s trident. It all works, until Melody realizes the mistake. King Triton (Kenneth Mars) traps Morgana in a block of ice, letting her sink to the dark ocean depths. It’s not as vicious as what happened to Ursula, but as much as Morgana wanted, she could never be her sister. Not in life or possible death.


In Morgana’s introduction, listen to how she hollers out, “You all shish-kebabbed her!” in reference to Ursula. Whether the sequel needed to be made or not, Carroll put in another delicious performance. There is no shortage of the famous cackle either, in fact Carroll gave a few extra ones. Even if the villain isn’t nearly as memorable, Morgana did have a certain unique aspect. She ended up resembling the tall and slender frame of Bea Arthur, the original sought-after actress for the 1989 sea witch. Unlike Ursula’s purple shade, Morgana had green skin, with puffy and voluminous hair. There was a different change of location from Ursula’s coral-like lair too. Morgana retreated to an icy tundra of a castle. It only made sense to include ice in her undoing.

Carroll had a vibrant career before the animated classic and afterwards. Her TV roles consisted of Laverne & Shirley, Designing Women, and ER. On stage, she acted in Catch a Star! and a one-woman show about Gertrude Stein. In movies, she played roles in Nancy Drew and Freedom Writers, both released in 2007. These are only to name a few credits to her list of work. But she always returned to Ursula, in The Little Mermaid TV series, House of Mouse, video games and the Disney parks. The character was a tribute to the actress’ talents long before her passing. As Ursula, Pat Carroll stole a mermaid’s voice, became a stand-in queen of the seas, all the while being such a marvelous menace.